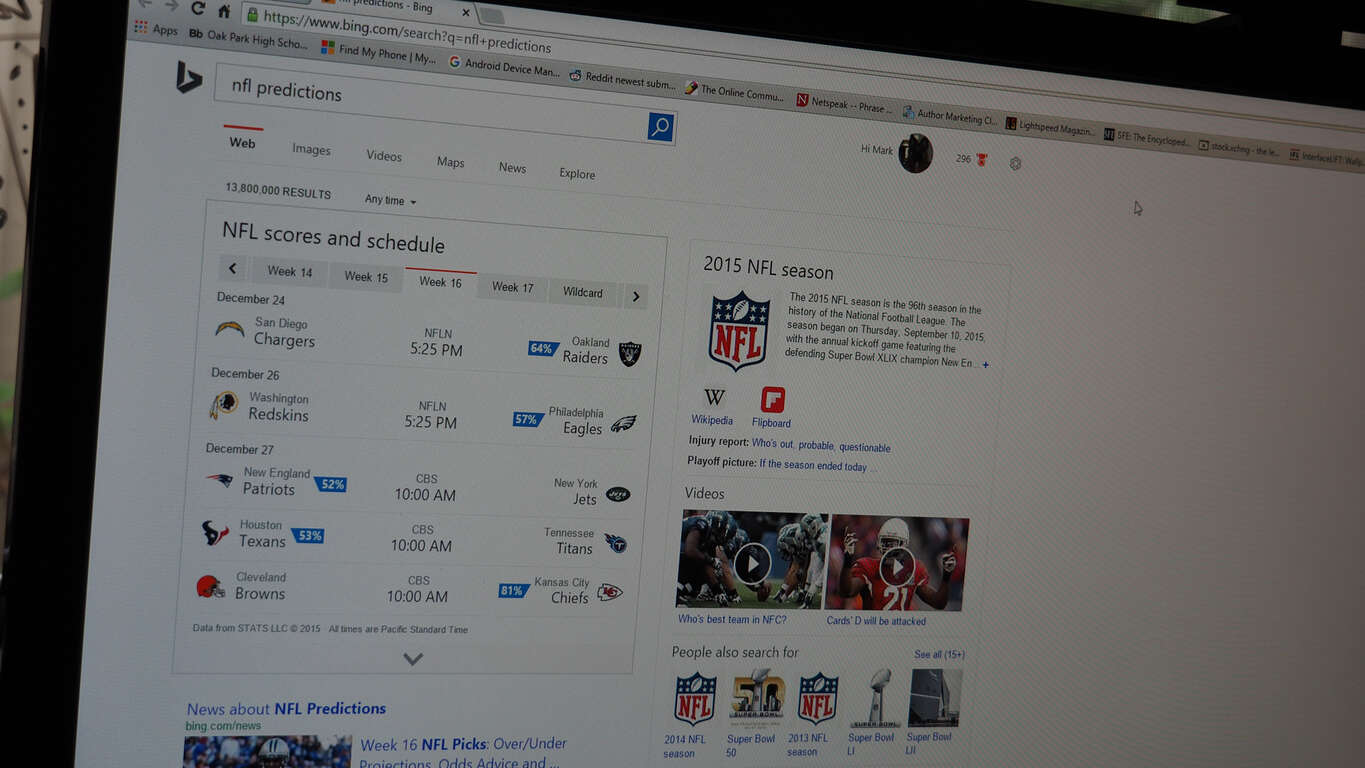 After an average showing in NFL Week 14, Bing Predicts picked things back up in Week 15. Microsoft’s machine intelligence scored a stunning 11-5, bringing Bing Predicts to 142-82 for the season.

Carolina staying unbeaten and Pittsburgh vanquishing Denver in an important AFC contest were two of Bing Predicts’ wins in Week 15, while St. Louis beating Tampa Bay and Houston prevailing over hapless Indianapolis were misses. Atlanta, Washington, and Detroit were the other problematic teams.

Here are Bing’s predictions for Week 16:

Here’s how Bing Predicts the NFL’s Week 16 shaking out.

Only two weeks remain before the playoff picture is set in stone. As usual, things are muddled at the moment with only a handful of teams clinching spots and securing positions. Here’s how Bing Predicts sees the playoffs going:

With 2 weeks remaining in the regular season, Seattle guaranteed itself a playoff spot with a win at home over Cleveland, while Arizona clinched the division following its win over Philadelphia on Sunday night. Atlanta brought an end to their 6 game losing streak and managed to stop Minnesota from clinching the final playoff spot.

In the other conference, a first round bye is still up for grabs, as only New England has managed to clinch a Top 2 spot. Cincinnati managed to clinch a playoff spot, but have not yet secured their division, following Pittsburgh’s come from behind victory against Denver. Kansas City became the first team to follow a 5 game losing streak with an 8 game winning streak, and are only 1 game behind the division leader, Denver.

If you’re an NFL fan, you’re probably chomping at the bit to see which teams will make it into the playoffs. Bing Predicts has been pretty good so far, and we’ll be keeping our eye on the AI to see how well it does come Super Bowl time.