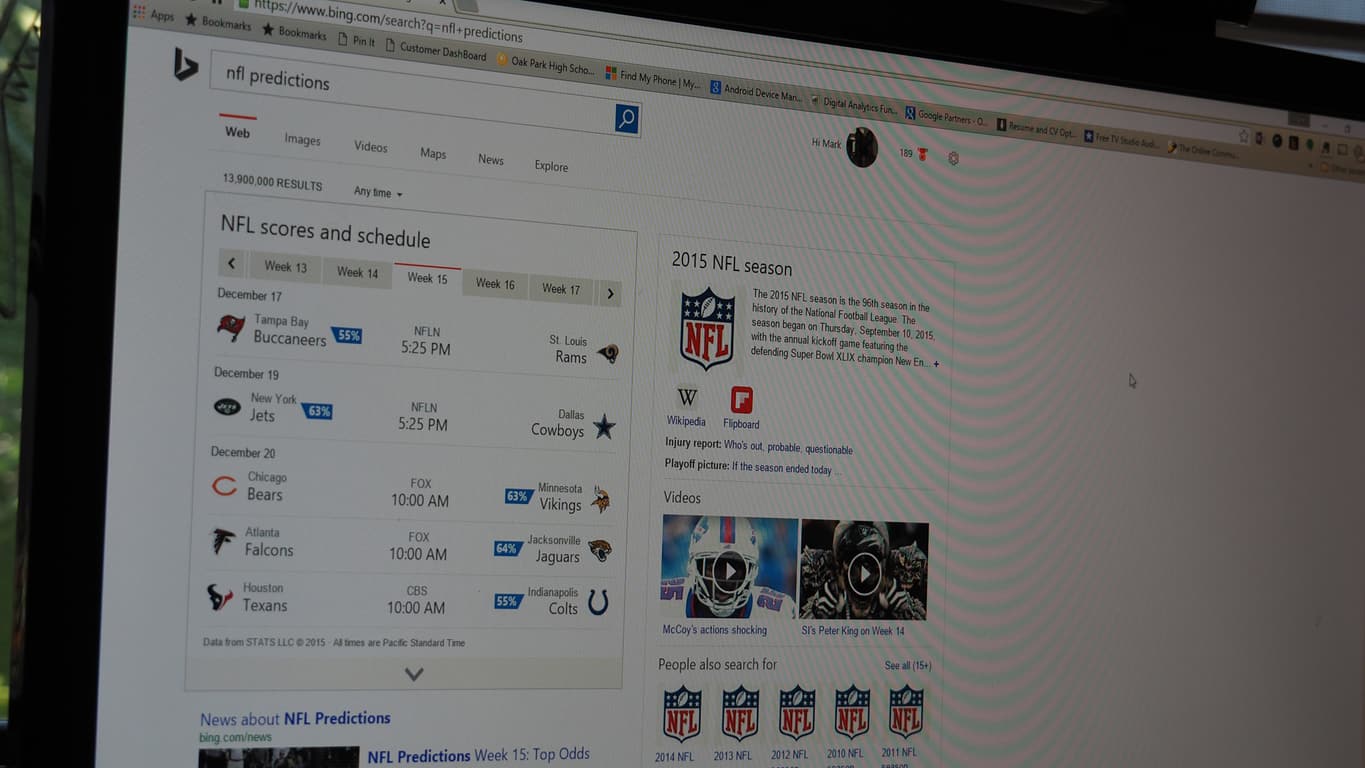 Bing Predicts muddles on in NFL Week 14, pushing out its predictions as best it can. The machine intelligence managed a middling (for it) 9-7 this week, putting the total to 131-77 for the season.
Cleveland was a surprise winner in Bing's favor while Pittsburg winning over Cincinnati and Oakland, Washington, and New Orleans pulling the upset set Bing Predicts back on the week. Here's what Bing expects to happen in Week 15:


The playoff picture starts to coalesce, with three out of 12 playoff spots having been clinched. Carolina, Arizona, and New England are sure to be in the playoffs, and from there on out things get more and more murkier. Bing Predicts has a fun time wading through the arcane rules that make up the playoff field in trying to predict who will be making a run to the Super Bowl.
As always, you can head on over to Bing to see what's up in the NFL. We're down to three weeks left in the season, and things are sure to heat up even as winter takes hold.