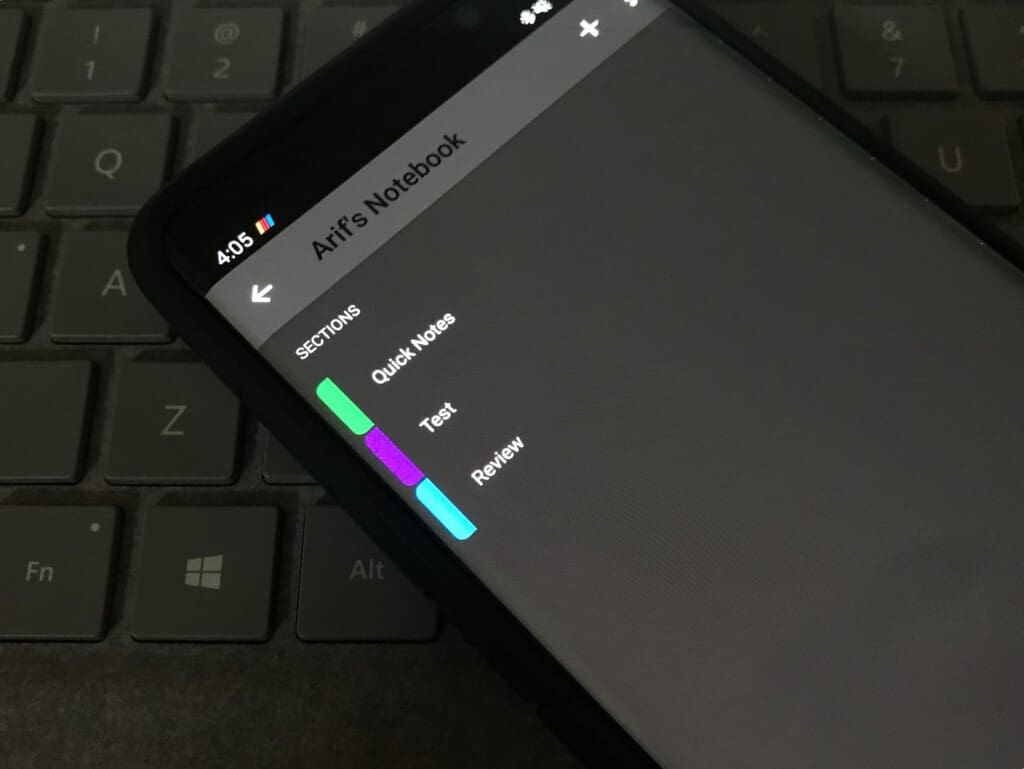 Microsoft recently released an update for the OneNote beta app on Android, bringing along a new option for a dark mode theme. Though not all beta testers are seeing the new theme, it appears to be a part of a server update linked to the version 16.0.11901.20004 release from July 8th (via Windows Latest.)

Based on our testing with a Galaxy Note 8, to receive this new dark mode theme in OneNote, beta users will need to manually enable Android's system-wide dark mode option. We also found that there is no visible toggle switch from within the OneNote beta app to switch between dark mode and the standard light theme. Additionally, not all users may see the new dark theme, as Android's dark mode is exclusive to Android Pie, which is not compatible with all Android phones.

As seen above, dark mode in OneNote does exactly as the name suggests. Elements of the user interface, such as the list of notebooks search results, and the bar along the bottom of the screen will change to a black color. Interestingly, unlike with OneNote on Windows 10, notebook pages won't turn dark. It also appears that the list of Sticky Notes will only turn dark when empty. When we tried it, once a note is added, Sticky Notes reverted back to a white background.

OneNote with the dark mode theme could likely roll out to standard non-beta users once testing is complete. For now, though, you can get it by enrolling in the beta program here, or by scrolling to the middle of the OneNote listing on the Google Play Store.