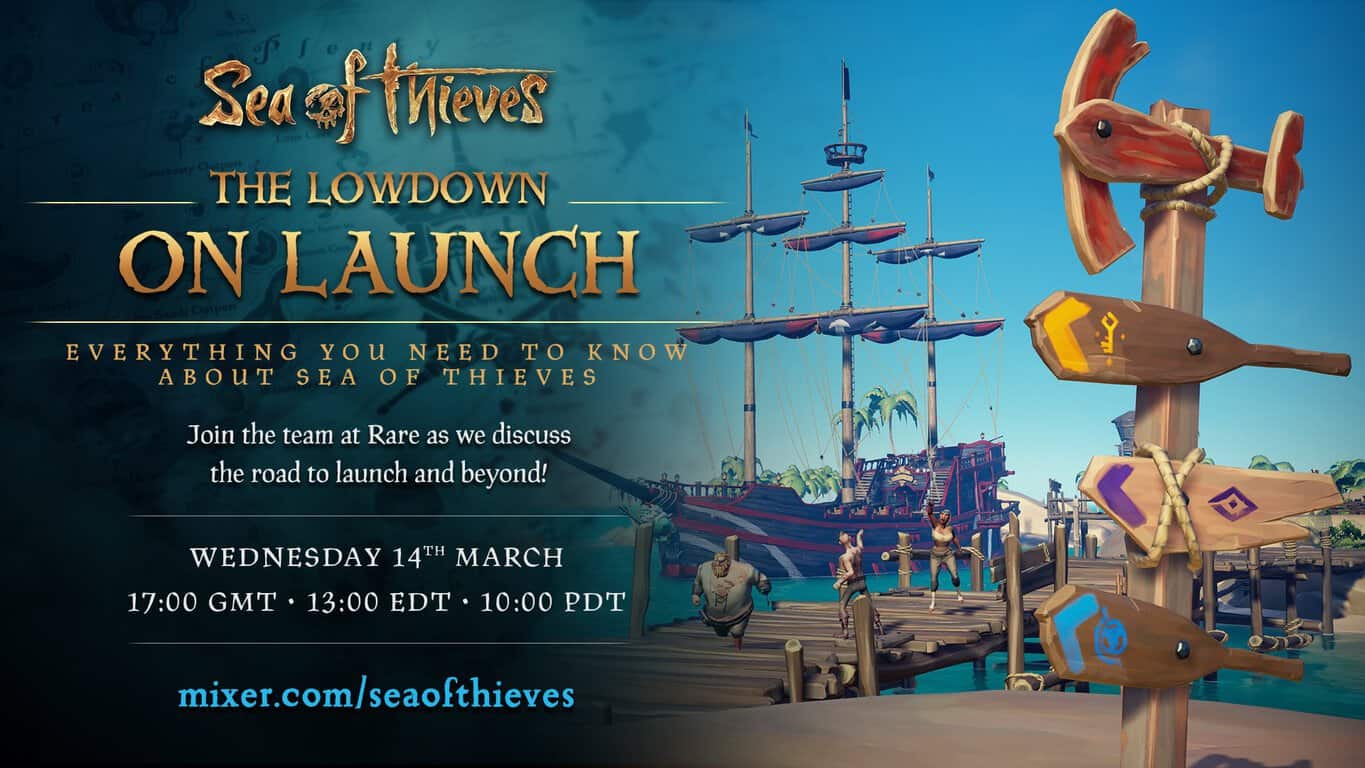 If you still have unanswered questions about Rare’s much-anticipated Sea of Thieves game, the developer promises to answer them this morning during a special live stream from its UK headquarters. The event will kick off at 10 AM PDT (5PM GMT), and you’ll be able to follow it on either Mixer or Twitch.

Sea of Thieves Executive Producer Joe Neate and Design Director Mike Chapman will be present for a live Q&A session, but Rare also plans to share more of the game’s secrets including everything you’ll be able to do in the game on launch day. The team is also discuss Sea of Thieves merch, including an original comic book that was teased earlier today.

You’re a solid bunch, so we have a little something for you – a free sampler of our upcoming Tales from the Sea of Thieves lore book! Get just a taste of the world in which you’ll forge your own pirate legend. Head to our updated Tales article and grab it! https://t.co/03Mr9IkoMX pic.twitter.com/4uiW7Dn1Fq

Yesterday, Rare celebrated the game's upcoming release by breaking the Guinness World Records title for the Greatest Distance Travelled as a Human Cannonball. Sea of Thieves will launch on Xbox One and Windows 10 on March 20, and we guess the developer will find other ways to drive pre-launch hype over the coming days.

Celebrate Pi Day with a 31.4% discount on select new Windows 10 PCs at the Microsoft Store

Poll: Microsoft shows renewed interest in Rewards, do you use it?