On a day chalked full of computer news, AMD joined the crowd and announced its Ryzen 5000 G-Series Desktop Processors with Radeon Graphics.

According to AMD the new Ryzen 5000 G-Series desktop processors dial in at 7nm with 8 cores and Zen 3 processing for improved 1080P gaming, native HDR, and 4K streaming support, and up to 16 threads with 4.6GHz Max boost clock.

AMD introduced six new Ryzen 5000 variants that cover the board from 35W GE to 65W chips and are based on the company’s legacy Vega infrastructure for unknown reasons.

Overall, early impressions appear to be that AMD has made a couple of trade-offs to boost its GPU narrative this time around with the 5000 G-series. First off, the top-billed Ryzen 7 5700G comes in slightly less powerful than AMD’s Ryzen 7 5800X with a lower ceiling for max boost clock speeds at 4.6GHz vs 4.7GHz on the 5800X. In addition to less power, the new chip caps the L3 cache at 16MB vs a previous 32MB. 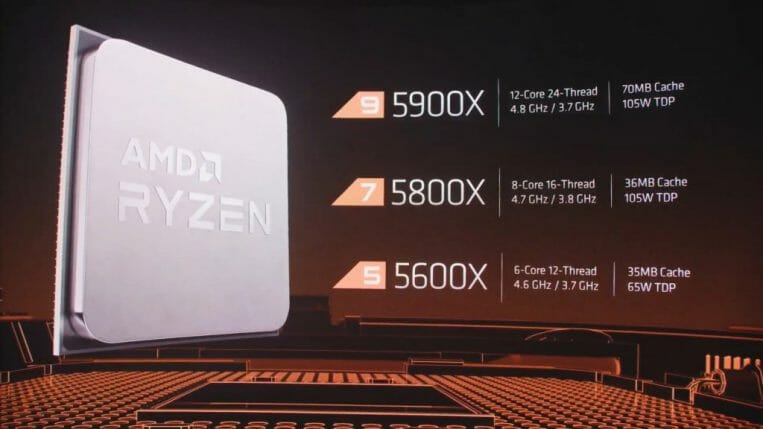 Lastly, AMD has halved the TDP draw slowed clock speed for GE versions of the new chipset and interfaces with older PCIe 3.0 interfaces versus PCIe 4.0.

As AMD boasts about its 5000 G-series ability to push creativity and gaming with its integrated GPUs, it’ll be interesting to see how devices preloaded with them do for other standard workflows that will seemingly benefit from a year-old architecture.

AMD plans to ship its new chip as pre-installed with OEM device as well as making them available for consumer retail for custom-built desktops sometime this year. A specific retail date for AMD’s 5000 G-series hasn’t been revealed at this time.