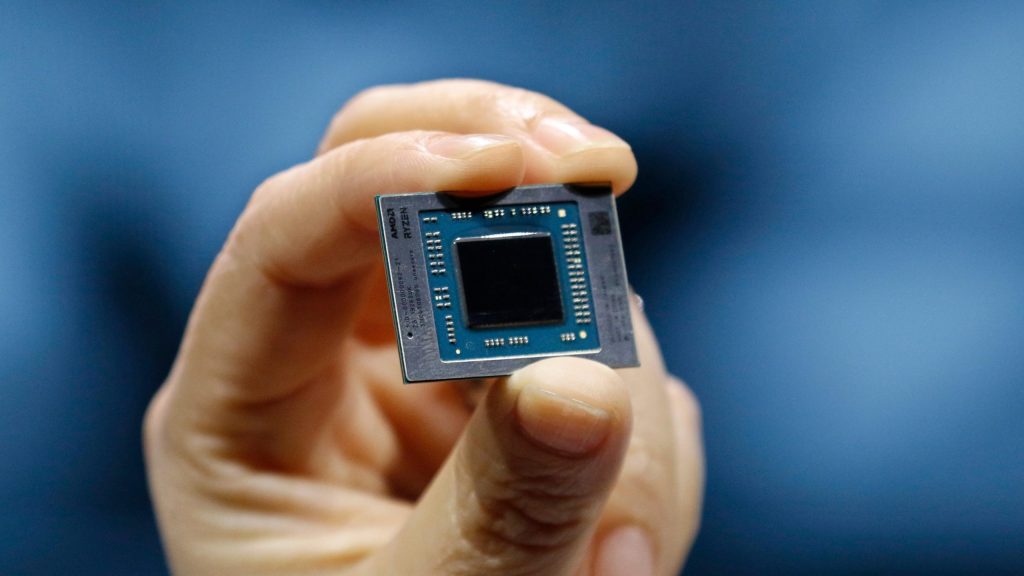 Today, May 7, 2020, AMD announced its Ryzen PRO 4000 Series mobile processors designed for business solutions. Over the past couple of years, AMD chips have made strides towards loosening Intel’s stranglehold on the PC market, but with its new Ryzen Pro 4000 Series chipset, the company’s biggest hail mary could ultimately shift the landscape of consumer, SMB and enterprise computing options.

In a press release from the company, AMD claims the new PRO 4000 Series offers up to 8 cores and 16 threads for a 33% better multi-threaded experience when compared to the “competition.” AMD is also challenging Intel’s Microsoft-specific tweaks with its own 4750U chip that’s supposed to deliver 37% better overall performance from its previous generational design when users navigate Microsoft Office applications.

Beyond the performance boosts, AMD also claims its PRO 4750U chipset also delivers “2X performance per watt over the previous generation” and “up to 20+ hours of battery life on a premium platform.”

Perhaps, what most SMB customers might find more impressive is the built-in multi-layered security which is supposed to help enable data and identity protection at the kernel level and Microsoft Endpoint Manager support for cloud deployment amid a work-from-home influx.

Out of the gate AMD has partnered with HP and Lenovo to offer solutions to their respective SMB markets with PCs rocking the new PRO 4000 Series chipsets, available in a couple of weeks. HP will be putting the PRO 4000 Series in its HP ProBook lineup that includes the 445 G7 and x360 435 G7 while Lenovo announced its ThinkPad T14, T14s, X13, L14, L15, and E14.

Microsoft experimented with AMD’s earlier Ryzen efforts in its flagship line up last year, and leaks indicate that it plans to use AMD again in its upcoming refresh to its Surface Laptop.