3 million gamers played Halo: Reach on PC and Xbox One during launch week

The long-awaited Halo Reach remaster had a “monumental launch” last week according to Aaron Greenberg, Xbox Games Marketing General Manager at Microsoft. The game was released on December 3 on Xbox One, Windows 10, and Steam, and it’s also available on Xbox Game Pass for PC and console.

Here are the launch numbers that Greenberg highlighted on Xbox Wire today:

As you may know, Microsoft doesn’t share game sales numbers for its first-party titles, preferring to highlight engagement instead. It’s true that having first-party games on Xbox Game Pass on launch day is certainly cannibalizing sales, but Halo Reach being a top seller on Steam (along with Age of Empires II: Definitive Edition) shows that Microsoft was definitely right to not make its PC games exclusive to the Windows 10 Store.

Halo: MCC’s overall reviews on Steam are currently “Very Positive,” and we hope the upcoming PC ports of Halo: Combat Evolved, Halo 2, Halo 3, Halo 3: ODST, and Halo 4 will meet the high expectations from Halo fans. 343 Industries recently said that the first Halo: CE PC build will ship to select Halo: Insiders after the holidays, with the rest of the Halo games to follow in 2020.

If you have yet to try Halo: Reach, the game is free with Xbox Game Pass for PC and Console, and you can also get it for just $9.99 on the Microsoft Store and Steam. 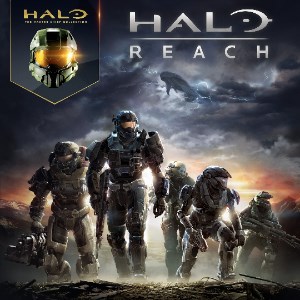