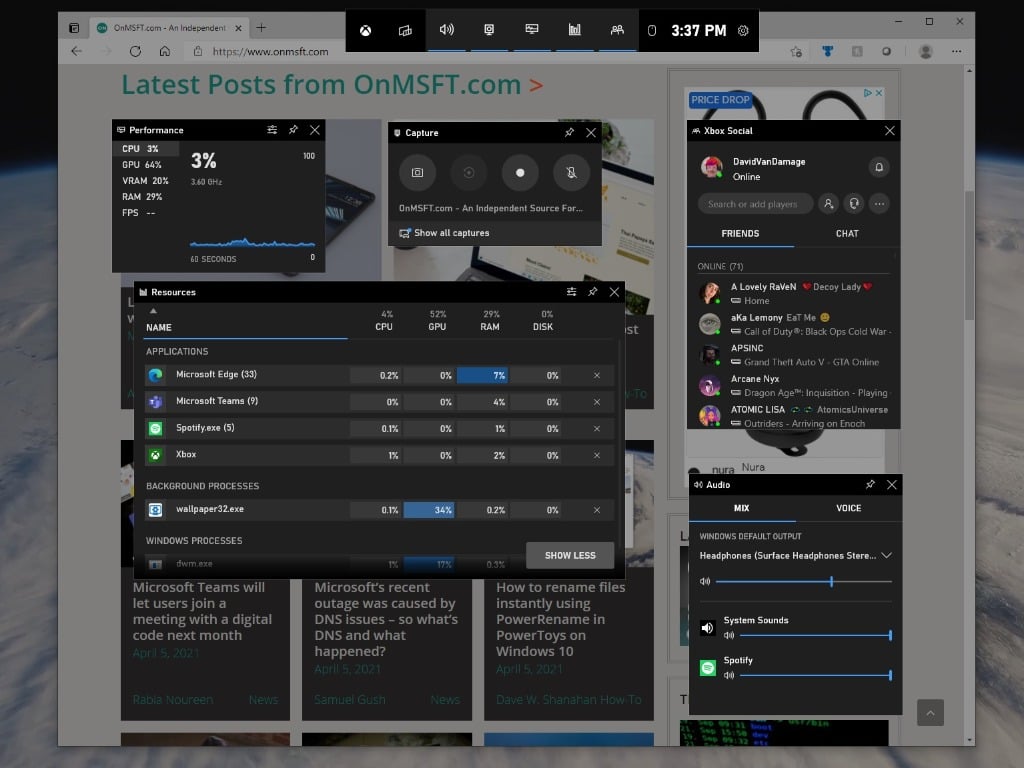 How to record your screen with Xbox Game Bar 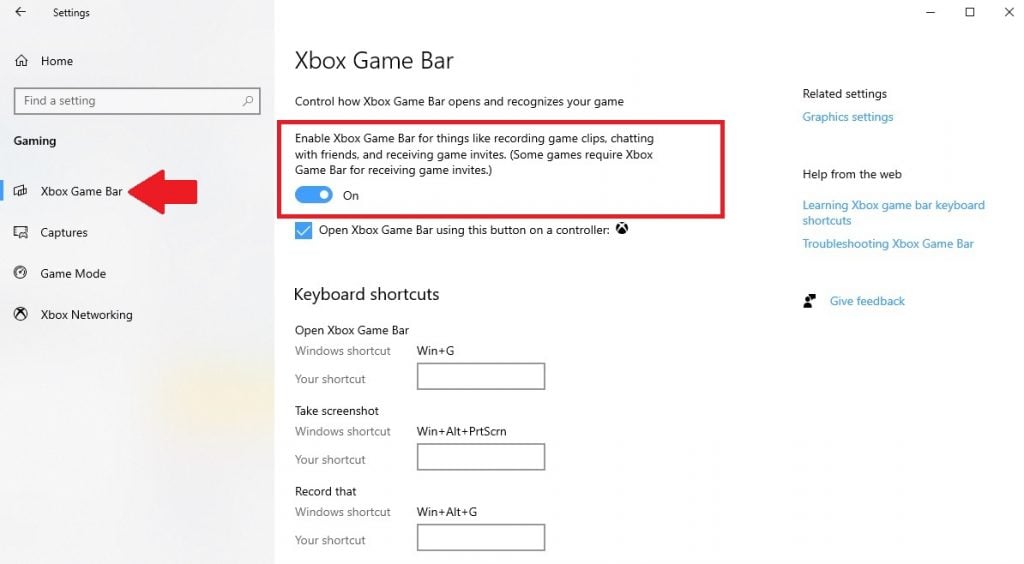 As you will notice there are several shortcuts available for the Xbox Game Bar. You can change the shortcuts to your own shortcut if you like, but you do not need to memorize all of the keyboard shortcuts as you can use the Xbox Game Bar user interface to perform any of the shortcut tasks. Also, if you want to see where your screen captures will be saved or to change the location of where your screen captures are saved, you can go to Captures from the left pane as shown. 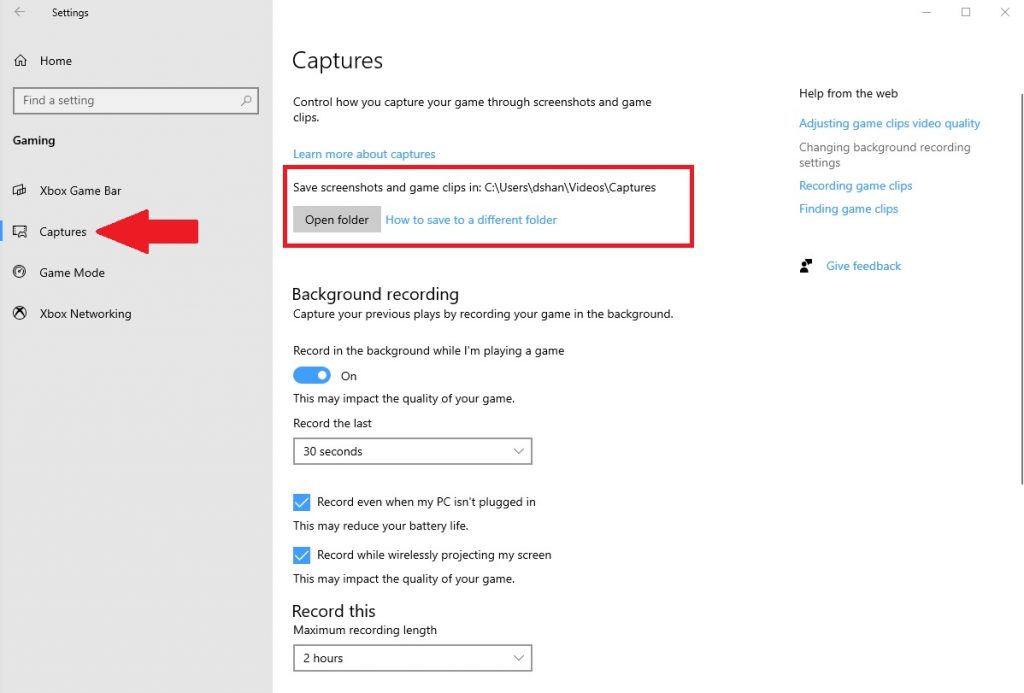 At the moment, there is no way to change the location of where your Xbox Game Bar captures are saved. The location shown is the default location of Xbox Game Bar Captures. You can use File Explorer to move the folder wherever you want, but captures will not save to any other folder.

1. Use the Windows Key + G to bring up the Xbox Game Bar.
2. Go to Capture
3. Press the Record button (red circle)

The Xbox Game Bar will also automatically stop recording if you minimize any game or app. If you are having trouble, there are plenty of Xbox Game Bar troubleshooting options available.

How to record your screen with Microsoft 365 and PowerPoint

Although this option is not exactly free, if you already have a Microsoft 365 subscription, it is certainly a helpful option to have. You can record your screen using PowerPoint's screen record option. Here's what you need to do.

Once you choose Screen Recording as shown in the guide above, PowerPoint will minimize and your desktop will appear and you will see a screen with menu options similar to the one below. If you don't get prompted to select an area of your screen that you would like to record, you can choose Select an area from the option menu. Similarly, you can also choose to include audio and to record your pointer too.

Once you have selected the options you want from the menu, click the Record button and PowerPoint will start a countdown from 3 giving you some time to prepare before the screen recording begins. Once you are finished recording, click the Stop button. You can also use the keyboard shortcut Windows key + Shift + Q to stop recording your screen at any time. Once your recording stops, PowerPoint will reopen. From here, you can right-click the media and click Save Media as. 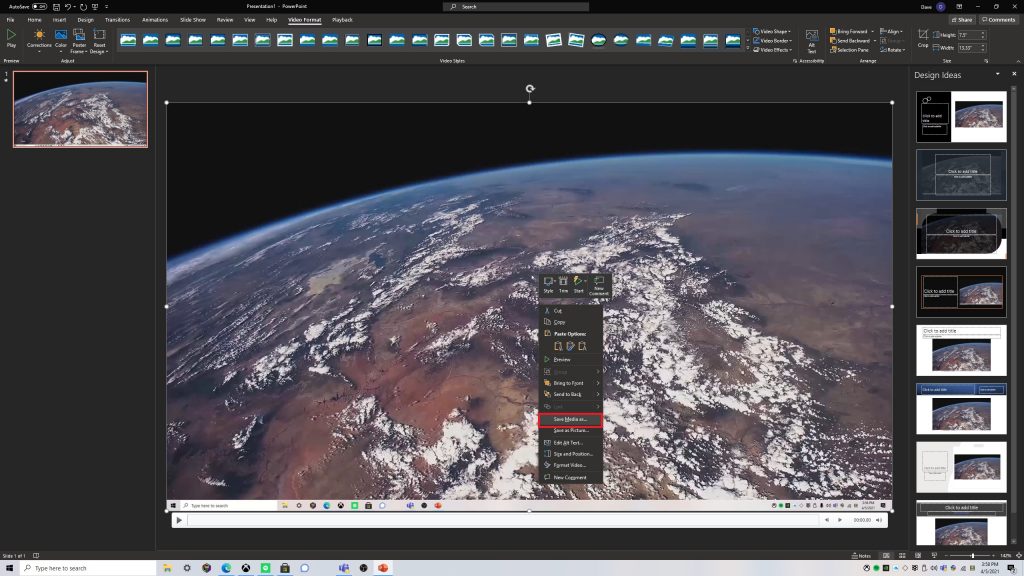 How to record your screen with OBS Studio

I won't be going into much detail on how to use OBS Studio as there are a number of features available and so much customization that it really depends on what you plan to use it for. The best part of OBS Studio is that it is completely free and there are plenty of guides available in the OBS Studio Wiki to help get you started. Here's what you need to do to record your screen using OBS Studio. 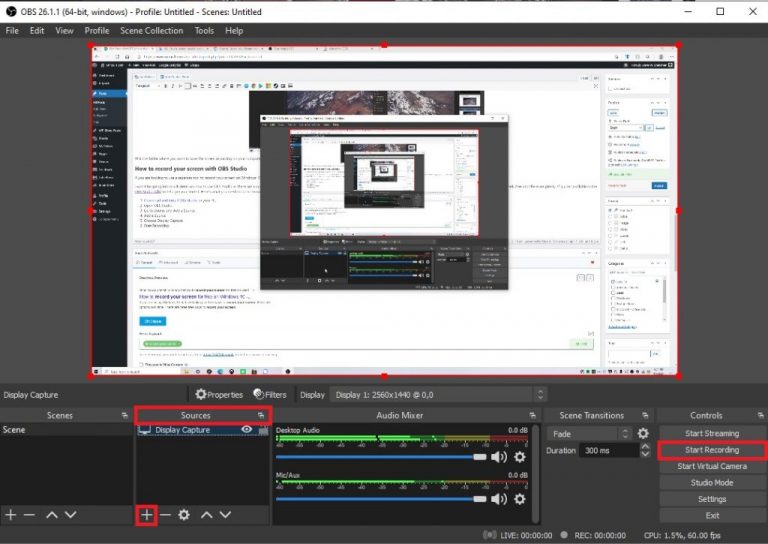 OBS Studio is a great free third-party tool for Windows 10. It provides a number a great customization tools and is a great streaming option for those that like to share content online. Check out the OBS Studio GitHub for more information.

What do you use to record your screen on Windows 10? Let us know in the comments!