Microsoft Studio’s ReCore is currently selling with a 50% discount in the Windows Store. The video game is part of the Xbox Play Anywhere label which means that buying it on Windows 10 will also grant the user a copy on the Xbox One console. All content will also carryover between each version. Here’s the official game description:

From the legendary creator Keiji Inafune and the makers of Metroid Prime comes "ReCore", an action-adventure masterfully crafted for a new generation.

As one of the last remaining humans on a planet controlled by robotic foes bent on your destruction, you must forge friendships with a courageous group of robot companions, each with unique abilities and powers. Lead this band of unlikely heroes on an epic adventure through a mysterious, dynamic world. You can’t save mankind alone.

ReCore has experienced moderate success since it launched several months ago. In our review, we stated that, while ReCore is an ambitious creation, it’s not without its flaws and needed improvement in some areas. The game continues to get updates though and is expected to gain HDR functionality in early 2017.

Have you played ReCore yet? Let us know if you would recommend it to others in the comments below. 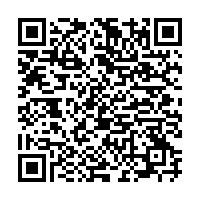 Viber updates on Windows 10 with a sleek new look