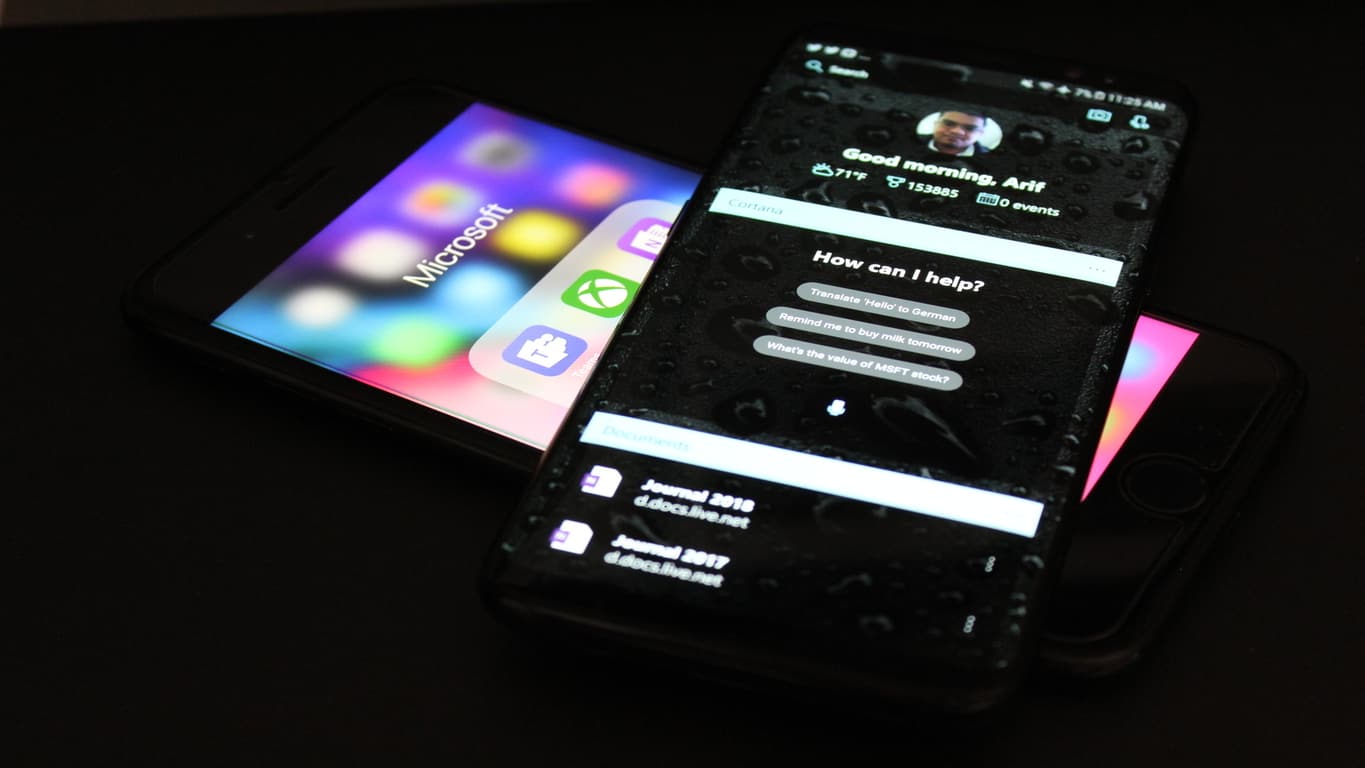 I might be a Microsoft blogger, but like many other people around the world, an iPhone is my go-to mobile device. Sure, I do own a Galaxy S8 as a "side phone" for testing apps and other Microsoft products, but after Build 2018, I've been thinking a bit in retrospect. Is Apple's walled garden causing me (and maybe other Windows 10 users) to consider choosing Android over iPhone, or ditching iPhone completely?

Factoid: I actually was once an avid Android user, but I switched to iPhone last year after a disaster involving my phone deleting all my photos from the May 2 Microsoft EDU event. There's an explainer at the bottom of the post for more on that.

Your Phone works with Windows 10, but maybe not iPhone?

On the first day of Build 2018, Microsoft showcased Your Phone, a new experience in Windows 10 which enables a seamless transition from content on your phone to PC. I was very impressed with how it allows for messages, photos, and notifications to sync to Windows 10, but by Day 2 of Build 2018 I was a bit worried my iPhone might be left out of the fun.

The reason why? A subsequent interview from Microsoft’s Shilpa Ranganathan revealed that Apple won't allow the Your Phone app to sync text messages.

Since Apple has a walled garden around iPhone and wants users to sync up with MacOS and other iOS devices, I was not too surprised. But as someone who is integrated with Windows 10, I did feel a bit cold knowing that I won't ever be able to reply to text messages from my iPhone to my PC.

I do own a Mac and an iPad, but I still prefer using Windows 10 more than anything else. Yes, syncing my messages to my iPad is cool, but I barely ever use the thing to care enough about it. Long story short, if I can't get my text messages to sync up on my daily device (a Surface Pro 4) then it might be time to permanently switch back to Android to enjoy all this upcoming Android-Windows 10 PC syncing.

Microsoft Launcher has all the Windows integrations I want

Over the past few months, Microsoft has introduced many new features to the Microsoft Launcher app on Android. Back when I was an Android user, I never really used Launcher (then called Arrow Launcher) because it wasn't so integrated with the Windows or Microsoft ecosystem.

Now that I'm full-on iPhone, I look out and see that Microsoft Launcher on Android has come a long way--- and is another selling point for Windows users to enjoy Microsoft experiences on the go with Android.

Again, this is Apple's proprietary ecosystem striking back at me here. Yes, I can access my Microsoft stuff on iPhone, but it has to be done via an app. It's not exactly a convenient proccess. Nothing Microsoft is built in or integrated into iPhone like how Apple integrates its services to their device.

You can *sorta* turn Android into a Microsoft Phone

I already pointed out how to turn any Android phone into a Microsoft Phone, but the same can't be said for iPhone. Just like I've said above, Apple's locked down system means and I can't switch out of Apple defaults on my iPhone. It's something that always bothered me, and another reason Microsoft is making me want to go back to Android.

Anyway, with Android, I can easily blank out Google and sorta switch to an all Microsoft phone if I wanted. Indeed, though some Google or Samsung apps or services are locked down and hard to get rid of, there are some workarounds with Microsoft Launcher. The list below covers the ways I've done this.

Staying on iPhone for now--- maybe

We've all heard the rumors Microsoft is working on some sort of "Surface Phone" device, so, for now, my iPhone is somewhat good enough for me. If Surface Phone rumors hold up to be true, soon there might not be a need to worry about iOS or Android at all. And, like with Windows 10 Mobile, Microsoft may just release its own device with its own services and integrations built in. If that happens, I'll be switching back, not to Android, but to Windows for my mobile needs.

But looking at things right now, I really do enjoy the peace of mind, performance, and security of the locked down iOS ecosystem, not to forget iMessage. It is a bit frustrating to not have it so heavily integrated with Microsoft stuff like on Android, but it is a good thing for the security of the iOS platform.

At the end of the day, there is some sort of evolution going on at Microsoft. The company is clearly trying to be a cross-platform kind of company now that it has no mobile phone platform of its own. But Microsoft's apps and services don't work as well on iPhone as they do on Android because Apple won't fully let them into the locked down ecosystem of iOS. I'll be keeping all this at the back of my head, so feel free to let me know if you agree with me by dropping us a comment below.