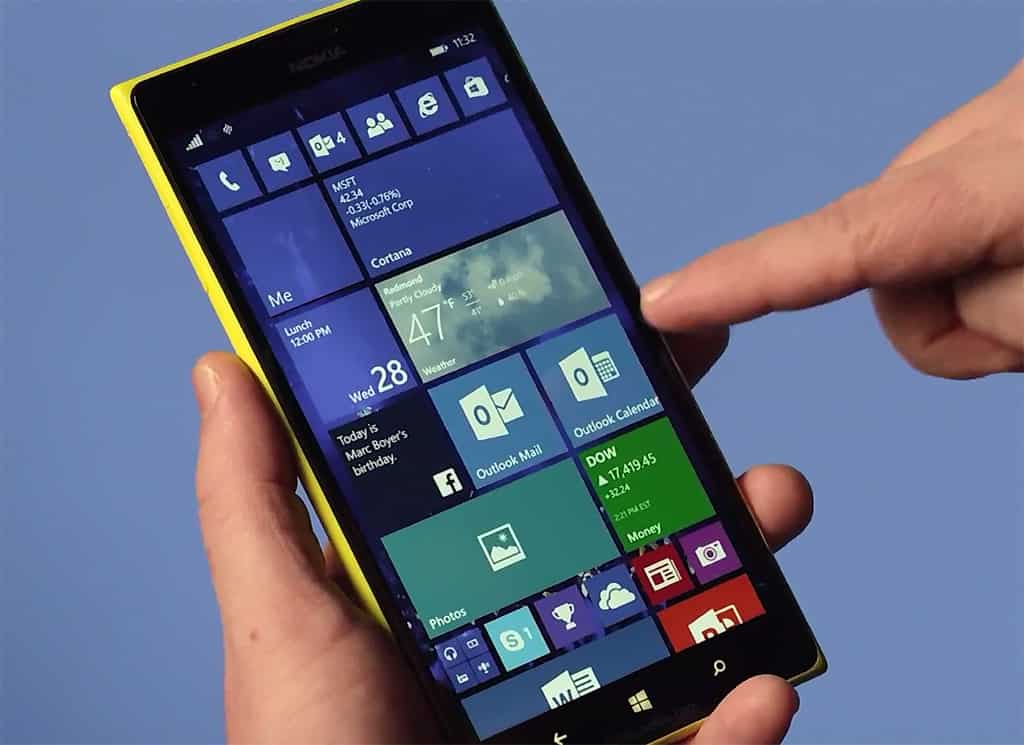 Microsoft hasn’t given up on mobile, but it has, for the most part, given up on competing against the app-centric ecosystems dominated by iOS and Android. In fact, Microsoft has tried just about everything to get back in the game, from paying app developers to write apps for the Microsoft ecosystem, to making apps for third parties themselves, to attempting to make it easy to port iOS or Android apps to Windows, all without much success.

Microsoft’s head of Windows Terry Myerson talked to The Verge from its Build developer conference in March, saying that, “if you wanted to reach a lot of phone customers, Windows Phone isn’t the way to do it,” and that Windows phone is not “the core of where I hope to generate developer interest over the next year.”

In late April Myerson emailed partners amidst growing concern about the company’s long-term commitment to mobile:

We are currently in development of our next generation products and I wanted to reconfirm our commitment to Windows 10 Mobile. We believe in this product’s value to business customers and it is our intention to support the Windows 10 Mobile platform for many years.

And then again, shortly after Microsoft announced they were unloading the feature phone business they acquired in the Nokia deal, Myerson again pointed to business customers:

…our phone success has been limited to companies valuing our commitment to security, manageability, and Continuum, and with consumers who value the same. Thus, we need to be more focused in our phone hardware efforts

Each time, Myerson and Microsoft pointed to business customers as their last bastion of Windows Phone success, but what makes for a business phone? Sure, that focus on security and management, and the potential of Continuum make for a good story, but don’t be misled.

What Microsoft is really saying when it focuses on business customers is that it’s thrown in the towel on consumer apps. Microsoft simply can’t compete with Android and Apple on apps. Even paying off developers to put a token app or two on Windows phones only works for one cycle, and the next time the app is updated, Windows phone users are out in the cold once again.

Business users, or at least ones in lock-down corporate environments, aren’t going to need Snapchat or Instagram or whatever the latest trendy app title of the day is. In fact, corporate IT departments are scrambling to keep those kinds of consumer focused, security-as-an-afterthought apps off their networks in the first place, and for business, a Windows phone with no ability to run the latest thing isn’t a sore point, it’s an advantage.

Microsoft is making three big bets on the future of mobile computing. Continuum, of course, leads the way, allowing you to connect just about anywhere, using your phone, to a full desktop experience. Safe, secure, convenient, and all in your pocket, as long as you’re running Windows.

Microsoft’s Universal Windows Platform is another bet, allowing developers to write once and deploy across multiple devices, everything from a phone to a PC to an Xbox to a HoloLens. UWP apps follow you from device to device, remembering your settings and personalizing your experience, and with them, a siloed app experience seems suddenly dated and less useful.

And yes, the Universal Windows Platform play as it currently stands does include mobile apps, and it’s part of that effort (the one that hasn’t worked no matter what they’ve tried) to get iOS/Android/web apps developers to develop for Windows. “Join us and reach a billion devices,” the cry goes.

That billion device mark could actually entice developers, the ones in Silicon Valley, to reconsider Windows. That could make Windows mobile interesting again, but it’s going to take a while, and it won’t work by itself to unseat Apple or Android. 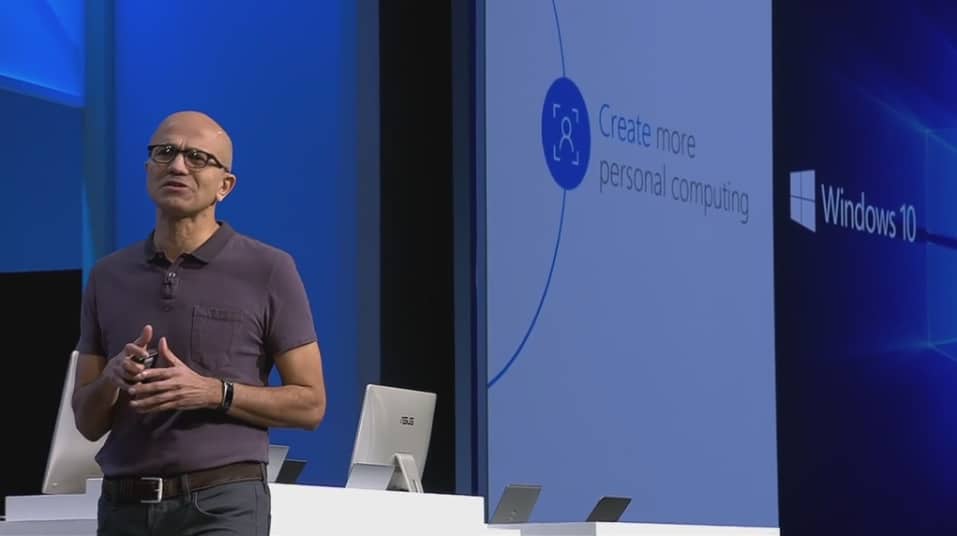 The last big bet Microsoft is making is in its Bot Framework. Announced at Build, and still in its infancy, the Bot Framework seeks to “build and connect intelligent bots to interact with your users naturally wherever they are.”

“Bots are the new apps,” Microsoft CEO Satya Nadella said on stage at Build, and Microsoft believes that they can indeed replace apps at some point down the road.

Microsoft’s universal platform, with a system of bots communicating with connected services like Cortana and Skype and Office 365 along with SMS and Slack and any other 3rd party service that allows the connections, could do a lot more than apps ever did. That might just level the playing field once again as we reach the next generation of connected mobile computing, whatever that is.

So when you hear Microsoft saying that it’s concentrating on business use cases for Windows phones (or Surface phones, or whatever), know that it means “no apps for you,” at least not the latest trendy consumer apps coming out of the Valley.

But pay attention to what Microsoft is doing with bots, how it’s connecting up services and running those connections from the cloud, and how it’s staying in the mobile game, even though it’s lost the app wars. Because the app wars weren’t a war at all, just a battle in a much longer game.