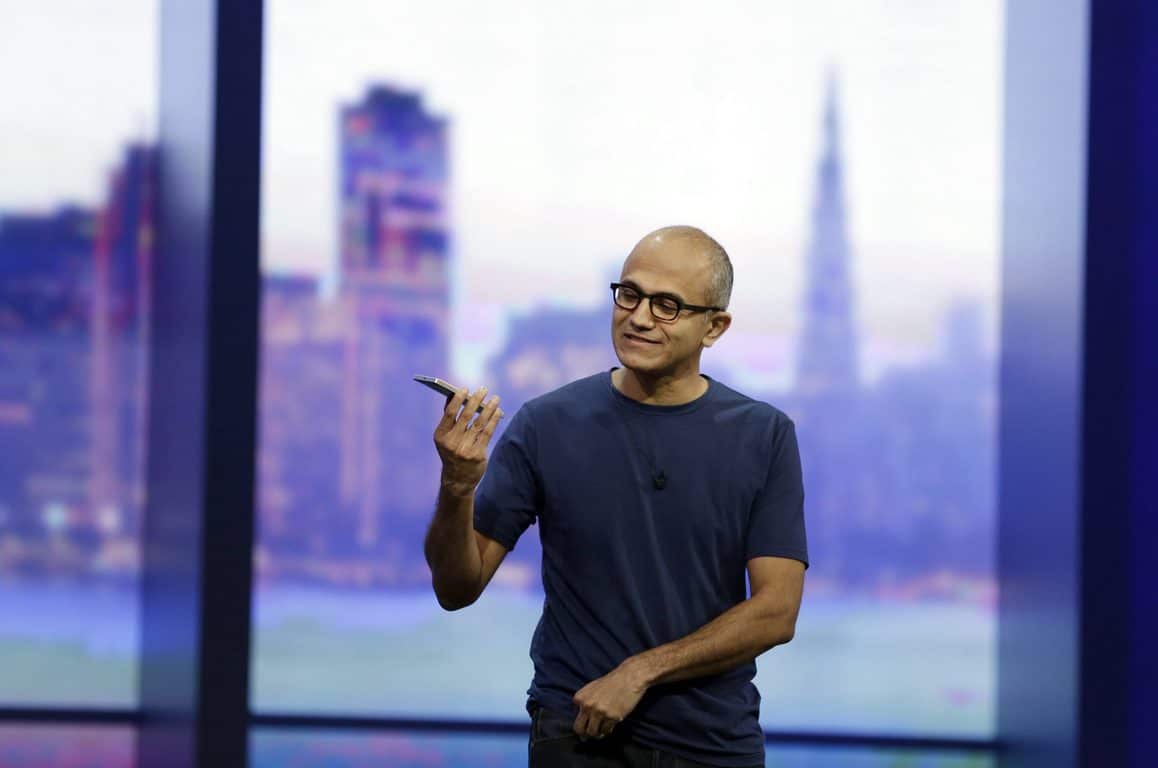 Microsoft announced this morning that it would once again streamline its smartphone hardware business, a move that will impact "up to 1,350 jobs at Microsoft Mobile Oy in Finland, as well as up to 500 additional jobs globally." Furthermore, this decision will force the company to "record an impairment and restructuring charge of approximately $950 million, of which approximately $200 million will relate to severance payments."

This news comes just a week after the company announced that it would sell its feature phone division to FIH Mobile Ltd., a subsidiary of Hon Hai/Foxconn Technology Group, and HMD Global, Oy for $350 million. In the most recent press release, the company also shared that it expects this latest restructuring to be "substantially complete by the end of the calendar year and fully completed by July 2017, the end of the company’s next fiscal year." Last, the company announced that it will provide more details in Microsoft’s fourth-quarter earnings announcement on July 19, 2016 as well as in the company’s 2016 Annual Report.

This latest reorganization isn't totally unexpected: back in July 2015, Microsoft CEO Satya Nadella executed what he called a “fundamental restructuring of our phone business” which caused a $7.6 billion dollar write-off of the Nokia Devices and Services acquisition as well as the loss of 7,800 jobs. At the same time, Nadella announced that going forward, Microsoft's mobile strategy will focus on three customer segments: value phone buyers, Windows fans, and business customers. A week later, the CEO explained in a interview to Mary-Jo Foley from ZDNet that “if no OEM stands up to build Windows devices we’ll build them. There will be Lumia devices.”

What a difference a year makes. In today's press release, Nadella shared the following statement to explain the company's updated mobile strategy:

“We are focusing our phone efforts where we have differentiation — with enterprises that value security, manageability and our Continuum capability, and consumers who value the same. We will continue to innovate across devices and on our cloud services across all mobile platforms.”

According to this statement, it seems clear that the Redmond giant is scaling back its mobile ambitions even further to mainly focus on business customers going forward. This new strategy was also detailed in an internal email sent today by Microsoft's Windows and Devices head Terry Myerson to Microsoft employees (via Recode). In this memo, Myerson explains that this is not the end of the line for Microsoft mobile phones yet. "We’re scaling back, but we’re not out!", Myerson explained.

...our phone success has been limited to companies valuing our commitment to security, manageability, and Continuum, and with consumers who value the same. Thus, we need to be more focused in our phone hardware efforts.

Furthermore, while Myerson repeated that new mobile devices are in the pipeline and that Microsoft will continue to support recent Lumia phones, he didn't completely clarify the future of the Lumia line. "We will continue to update and support our current Lumia and OEM partner phones, and develop great new devices", he explained.

Last, the Microsoft exec unsurprisingly confirmed that Microsoft will continue to push its cross-platform strategy by supporting all its services on other mobile platforms. "Regardless of a person’s phone choice, we want everyone to be able to experience what Microsoft has to offer them," shared Myerson.

You can read Terry Myerson's full email to Microsoft employees below:

Last week we announced the sale of our feature phone business. Today I want to share that we are taking the additional step of streamlining our smartphone hardware business, and we anticipate this will impact up to 1,850 jobs worldwide, up to 1,350 of which are in Finland. These changes are incredibly difficult because of the impact on good people who have contributed greatly to Microsoft. Speaking on behalf of Satya and the entire Senior Leadership Team, we are committed to help each individual impacted with our support, resources, and respect.

For context, Windows 10 recently crossed 300 million monthly active devices, our Surface and Xbox customer satisfaction is at record levels, and HoloLens enthusiasts are developing incredible new experiences. Yet our phone success has been limited to companies valuing our commitment to security, manageability, and Continuum, and with consumers who value the same. Thus, we need to be more focused in our phone hardware efforts.

With this focus, our Windows strategy remains unchanged:

1. Universal apps. We have built an amazing platform, with a rich innovation roadmap ahead. Expanding the devices we reach and the capabilities for developers is our top priority.

2. We always take care of our customers, Windows phones are no exception. We will continue to update and support our current Lumia and OEM partner phones, and develop great new devices.

3. We remain steadfast in our pursuit of innovation across our Windows devices and our services to create new and delightful experiences.Our best work for customers comes from our device, platform, and service combination.

At the same time, our company will be pragmatic and embrace other mobile platforms with our productivity services, device management services, and development tools -- regardless of a person’s phone choice, we want everyone to be able to experience what Microsoft has to offer them.

With that all said… I used the words “be more focused” above. This in fact describes what we are doing (we’re scaling back, but we’re not out!), but at the same time I don’t love it because it lacks the emotional impact of this decision. When I look back on our journey in mobility, we’ve done hard work and had great ideas, but have not always had the alignment needed across the company to make an impact. At the same time, Ars Technica recently published a long story documenting our journey to create the universal platform for our developers. The story shows the real challenges we faced, and the grit required to get it done. The story closes with this:

And as long as it has taken the company, Microsoft has still arguably achieved something that its competitors have not... It took more than two decades to get there, but Microsoft still somehow got there first.
For me, that’s what focus can deliver for us, and now we get to build on that foundation to build amazing products.

Do you understand Microsoft's reasons to further streamline its smartphone business? Please let us know what you think in the comments below

Poll: Should Microsoft be worried about Android on Chrome OS?

Microsoft Store is offering discounts on Office 365 Home and more, up to $30 off