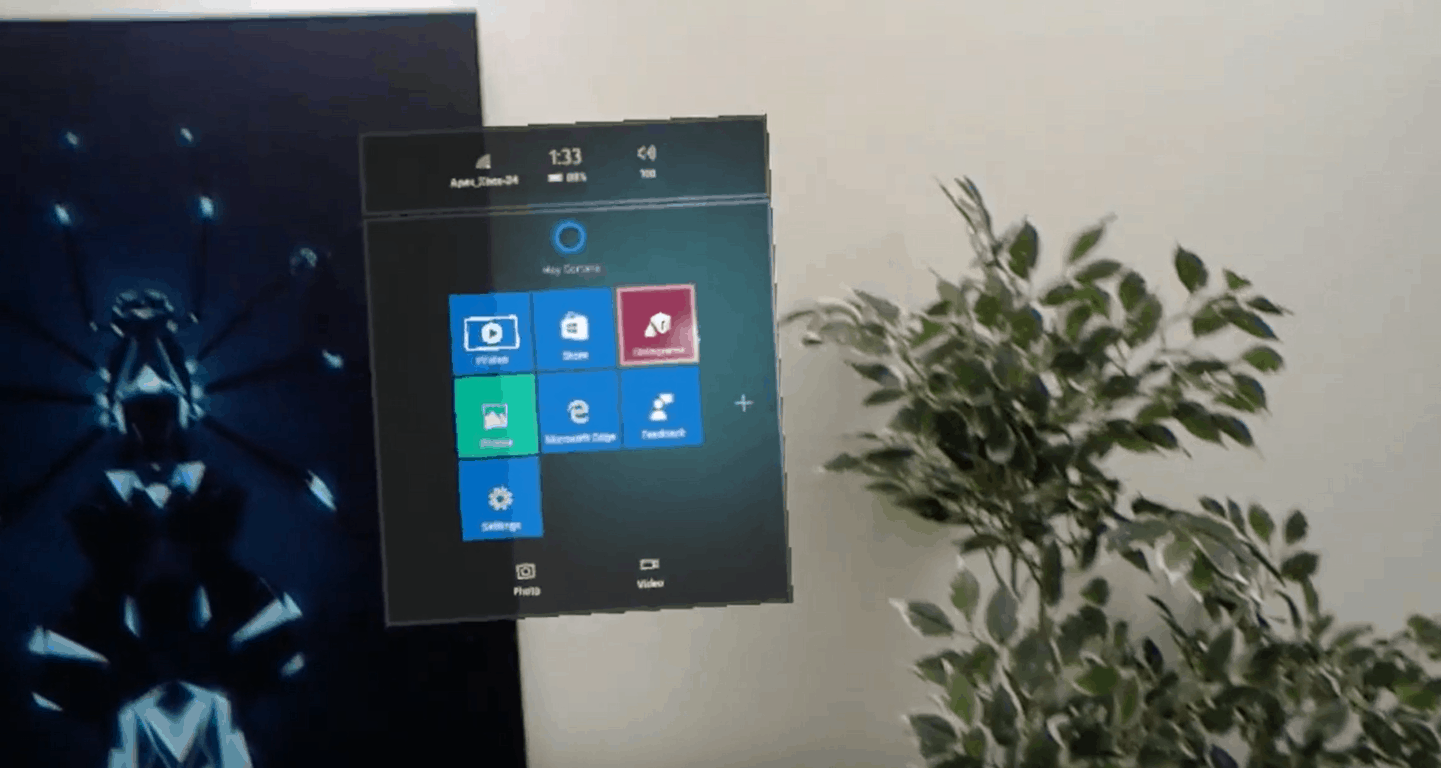 Microsoft HoloLens isn't due out on consumer shelves for quite some time, but developers will soon be getting access to HoloLens development kits so they can start developing apps for the device. We've seen very little regarding HoloLens UI outside of official, scripted demoes seen on stage, until now as a new video has leaked showcasing the HoloLens UI in more detail.

The video was first spotted by WalkingCat on Twitter, and appears to be a tutorial video for the recently revealed Actiongram app. What's interesting is that the tutorial showcases how to use the HoloLens Start Menu and Apps List, something we have not yet seen in detail until now. The video also shows users how to open apps into your environment and pin them.

This is our best look yet at the HoloLens experience in real-world use, an experience we're not entirely sure Microsoft is ready to showcase to the public. We think it looks very awesome, and can't wait to get our hands on a HoloLens device as soon as possible. Until then, do you like the HoloLens UI? Let us know below.