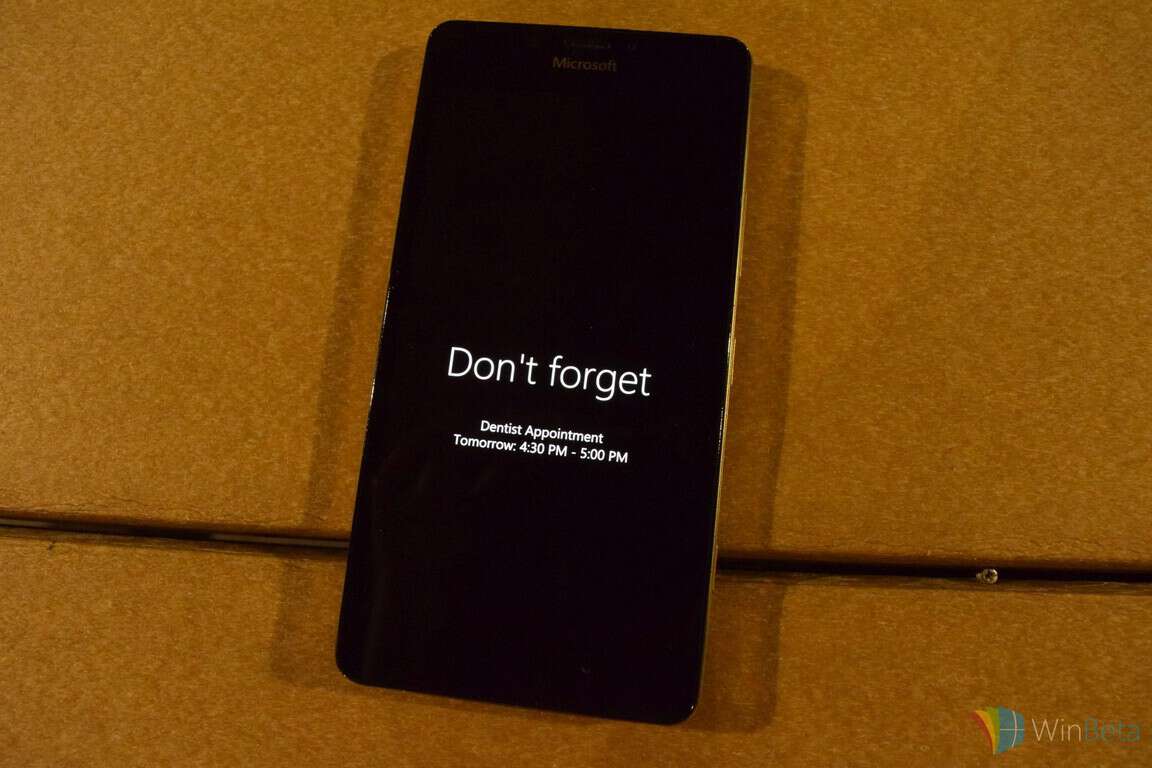 Amidst all the Insider builds and "unfinished OS" madness, the developers behind Windows 10 Mobile have taken the time to add a few unappreciated polishes to the fledgling mobile OS. One of these niceties is a Calendar appointment reminder that pops up just as you shut your phone off.

Triggering it is easy: shut off the phone by holding the power button and swiping down. If you have an upcoming appointment, before it goes quietly into the night it will tell you not to forget the hometown you came from.

This makes perfect sense, as the phone will be unable to discuss your appointments whilst off. It's Windows 10 Mobile's helpful way of saying, "I'm not going down without a fight", or taking the "last stand" in Call of Duty.

What doesn't make sense is how it decides what appointments to show. It will only show you one appointment, even if you have a laundry list of places to be. This kind of makes sense, as there's only so much information you can see in the three or so seconds that the reminder is available. Still, if that's the issue, it should be trivial to delay the complete shut off for a few extra seconds.

It's also not terribly consistent in actually showing that single nearest appointment correctly, as it often fails to acknowledge changes to appointment data even when the live tile is updated.

All told, this feature is a nice touch, and I think very few people would depend on such a feature, but it'd be nice if it worked predictably.