An external drive for all your games, the Seagate Backup Plus Hub 8TB for Windows 10 and Xbox One 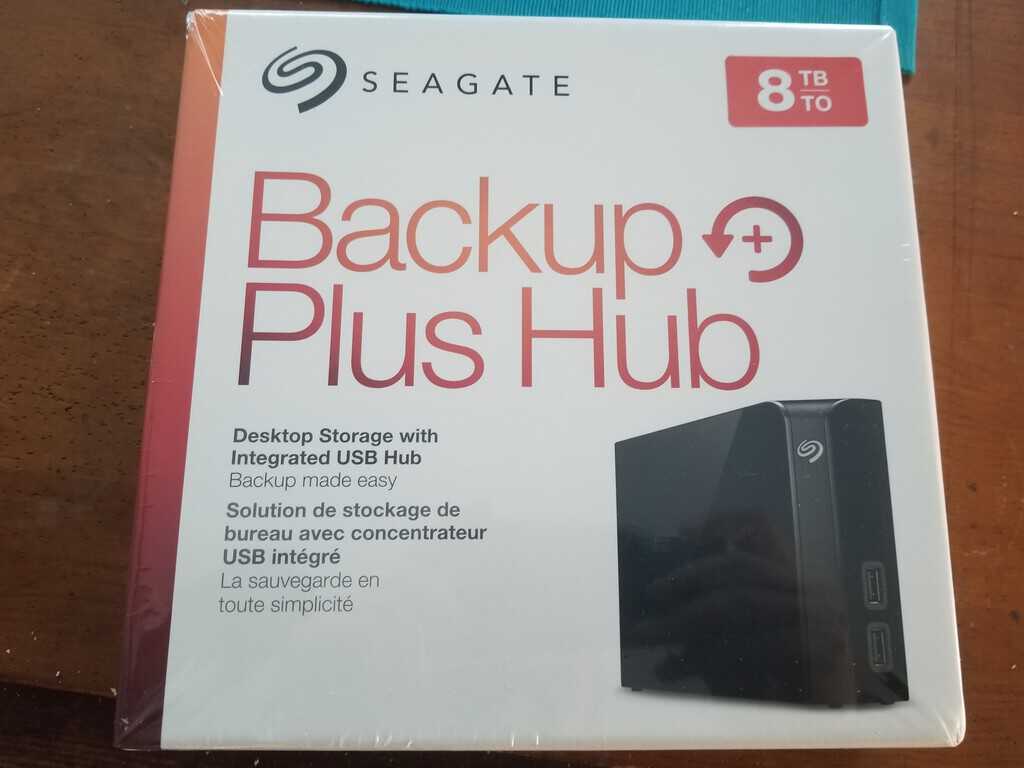 Recently, I saw a review online for the Seagate 8TB Game Drive Hub for Xbox, and thought that it would be a good candidate for an external drive for my original Xbox One. I am still waiting for Microsoft to release an Xbox One X with a bigger hard drive.

With the Seagate drive, I figured I could still download all the games I own or plan to buy, and then use the drive when I bought my aforementioned Xbox One X. I figured it would be good for me and my ISP to not have to download multiple terabytes of games.

Another great bonus to having an external drive connected to your Xbox One is backup and recovery. Since none of my games are installed on my console, if I experience any issues due to an Xbox Insider update, if I need to factory reset my console, restoring games is a much easier affair. 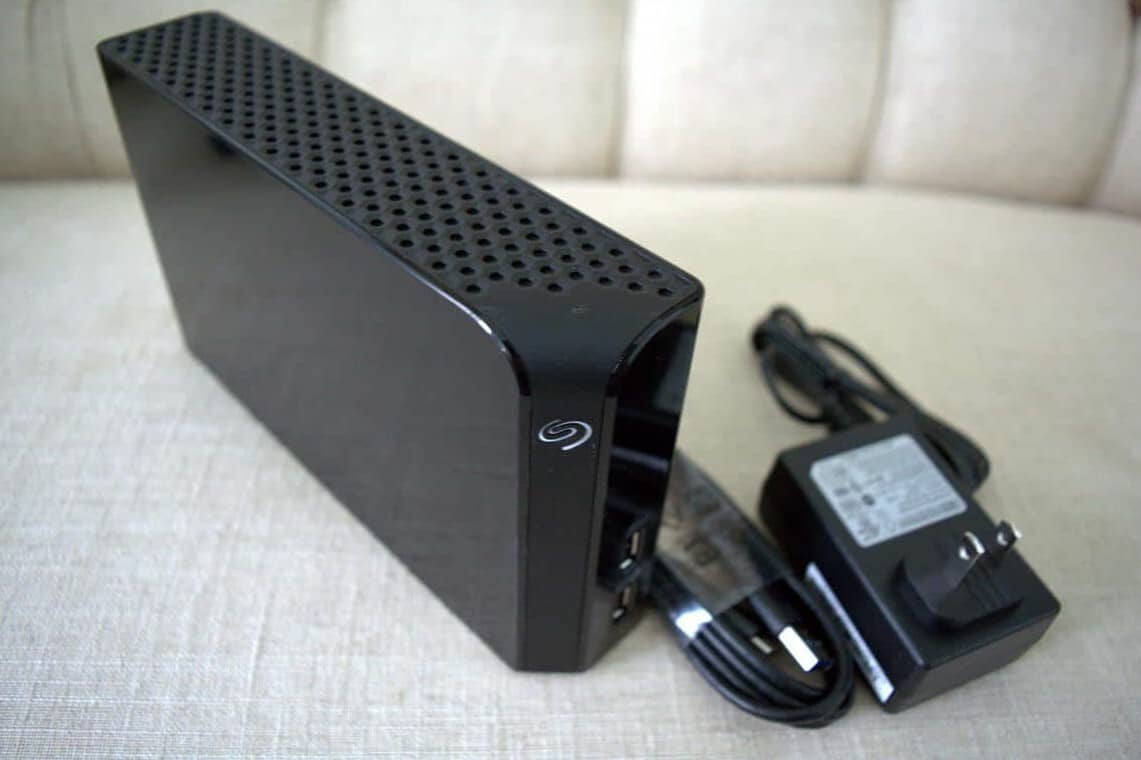 I have been agonizing over the last few weeks on whether or not to get the new Xbox One X. I have the original Xbox One with a 500GB HD, and well over 2TB worth of games. The games I own include current Xbox One games and all the Xbox 360 and original Xbox games available via Backward Compatibility. However, I wasn’t able to keep them all due to the obvious lack of hard drive space I have on my original Xbox One.

My problem is what happens if you are coming from the special edition Gears of War 4 Xbox One S? That console has 2TB, so how does Microsoft expect you to switch to the 1 TB Xbox One X? Not all of your games will be able to transfer from Xbox One S to Xbox One X. While I expect Microsoft will release an Xbox One X with a bigger HD soon, hopefully by early 2018, 1TB just doesn’t cut it for the amount of Xbox games I own or plan to buy.

In order to save space on my console, I scroll through my Xbox One game library to see what games I no longer play and delete them to make room for newer Xbox One titles. With the Seagate Backup Hub Plus, I don’t have that problem. Right now, I have 106 Xbox games installed on the drive, including original Xbox, Xbox 360, and Xbox One games. Currently, I am using 1.6TB of the 8TB drive with 5.6TB in free space (only 7.2TB is usable space on the drive). 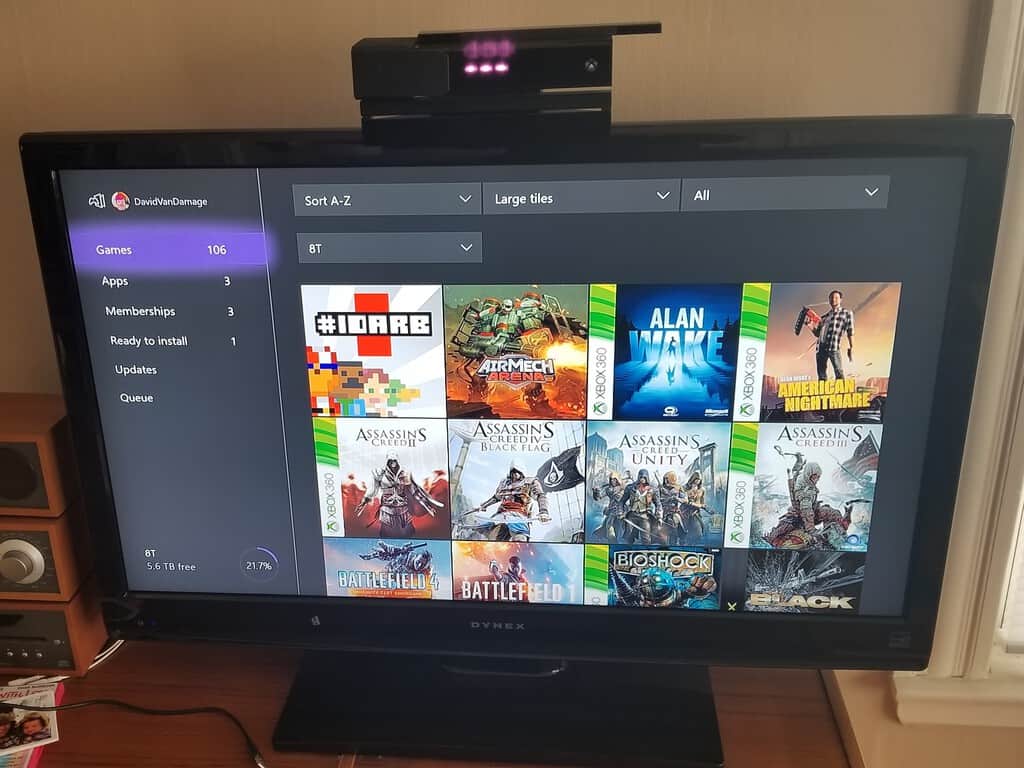 Quantum Break is one such instance. The game itself is only 8 GB, but the Xbox One X Enhanced content adds another 94 GB of content to the game. While that wouldn’t make or break the Xbox One X hard drive, add other titles like Gears of War 4 and Halo 5 Guardians, and you will top off your Xbox One X storage really quick.

The Seagate 8TB Backup Plus Hub can work with any of your Windows 10 or Xbox One devices and connects via a proprietary USB connection. One downside is it requires its own power source, so it’s another device that you’ll need to keep plugged in. I don’t know how well it would work with the Xbox One X, but it loads games on my original Xbox One fine, sometimes it may take a second or two to start some Xbox One games.

As Microsoft did with the Xbox One S, it is only a matter of time until we’ll see an Xbox One X with a bigger hard drive. Until then, I will keep using the Seagate 8TB Backup Plus Hub.

Buy the Seagate 8TB Backup Plus Hub on Amazon.