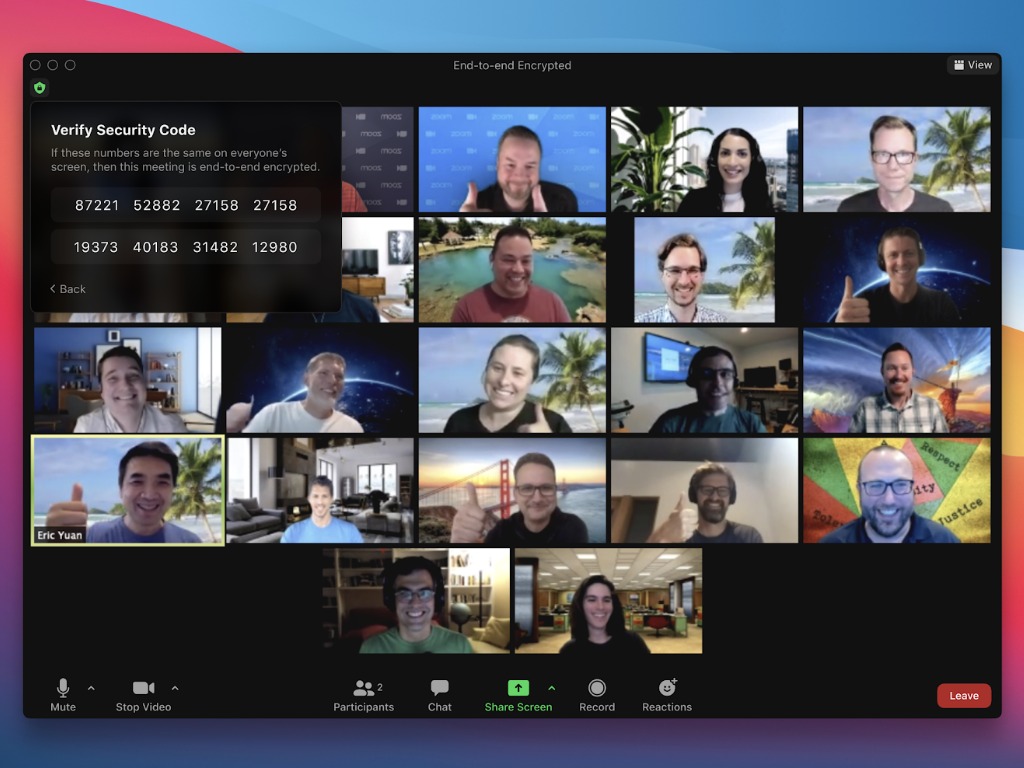 Zoom has finally delivered support for end-to-end encryption (E2EE) for both free and paid users. In a press release yesterday, the company confirmed that the feature is now available in technical preview on Zoom’s desktop client (version 5.4.0), Android app, and Zoom Rooms. Zoom also plans to bring the service on Zoom for iOS soon.

“End-to-end encryption is another stride toward making Zoom the most secure communications platform in the world,” said Zoom CEO Eric S. Yuan. “This phase of our E2EE offering provides the same security as existing end-to-end-encrypted messaging platforms, but with the video quality and scale that has made Zoom the communications solution of choice for hundreds of millions of people and the world’s largest enterprises.”

Zoom hosts will need to manually enable switch on E2EE in their settings to use it. To ensure that the feature is enabled, all meeting attendees can look for a green shield icon available at the top left of their screen. It is important to note that activating E2EE may disable some Zoom functions, including cloud recording, Breakout rooms, live transcription, and more.

In April, Zoom found itself in trouble when the company confirmed that the user's data isn't fully encrypted, and the encryption doesn't meet the industry standards. As a result, Zoom had to make a public apology and promised to improve its platform's security.

The arrival of end-to-end encryption on Zoom means no one should now be able to access your Zoom call, including Zoom itself. It’s already available on some services, such as WhatsApp. Microsoft Teams is encrypted in transit and at rest, you can read more about Teams security here.

AdDuplex: The May 2020 Update became the most used version of Windows 10 this month

Managing your mail: check out these best practices for emailing with Outlook on Windows 10