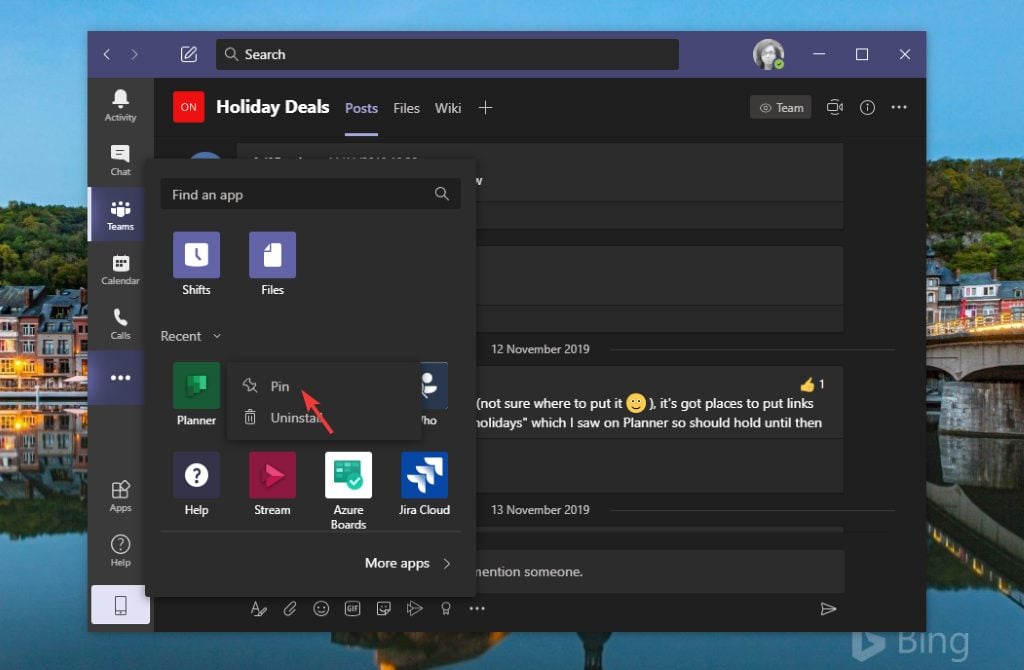 Microsoft today announced that Microsoft Teams has been updated with sidebar customization support. The feature is already live in Microsoft Teams version 1.3.00.21759 on both desktop and browser clients.

The new customization experience (which was previously available via Teams Admin center) makes it easier for users to customize the pinned apps in the left navigation bar. With this new feature, users can also remove certain apps like the Shifts app which are not frequently used within Teams. They can also add new apps like the Tasks app to make it easier to access them.

To pin an app in Microsoft Teams, click the … icon available at the bottom of the screen, search your app, right-click it, and then select Pin. The pinned apps will be accessible across both the desktop and web versions of the app so you don’t have to change them manually. Keep in mind that the sidebar will only show a specific number of pins at once, and additional pins will move to an overflow area (as shown below).

Microsoft Teams’ sidebar customization functionality has been primarily designed to make things a lot simpler to use by keeping your most-used apps right at your fingertips. If you are interested in learning more about this feature, do check out the official guide to learn about it.