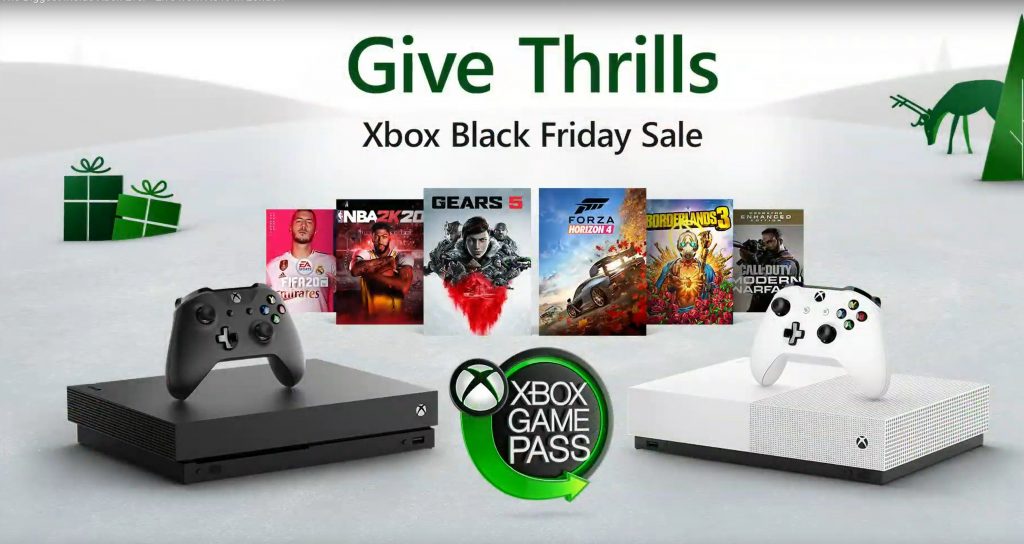 If you're looking to buy an Xbox this holiday, Microsoft has you covered. During its X02019 show in London, the company announced some great deals on Xbox and Xbox gear and games which will start November 24th through December 2 at participating retailers while supplies last.

First of all, you can get up to $150 off select Xbox One Consoles, including bundles with Gears 5, NBA 2K20 and Star Wars Jedi: Fallen Order. That brings the price of the Xbox One S All Digital Edition down to only $150. This console comes with all digital editions of Minecraft, and Fortnite.

Other console deals are below.

Now, for the games. You can get 67% off games like Gears 5, NBA 2K20 and Star Wars Jedi: Fallen Order. You also can save up to 70% right now too with the X019 Xbox Flash Sale, which ends midnight tonight. Titles included in this range from Gears 5 Ultimate, Borderlands 3 Super Deluxe, Tom Clancy’s Ghost Recon Breakpoint Gold Edition and Destiny 2: Shadowkeep Deluxe. A full list is available here.  Finally, you'll also be able to grab three months of Xbox Game Pass Ultimate for only $1.

While not themed towards Xbox, PC gamers also will be covered in these deals. Microsoft is cutting $400 off the price of gaming machines like the Lenovo Legion Y540 15, Asus ROG Strix G GL531GT, and Acer Predator Triton 500.

Halo: Reach will launch on Xbox One and PC on December 3, and you can pre-order it now