Yooka-Laylee finally arrives on Xbox One, playable now - OnMSFT.com Skip to content
We're hedging our bets! You can now follow OnMSFT.com on Mastadon or Tumblr! 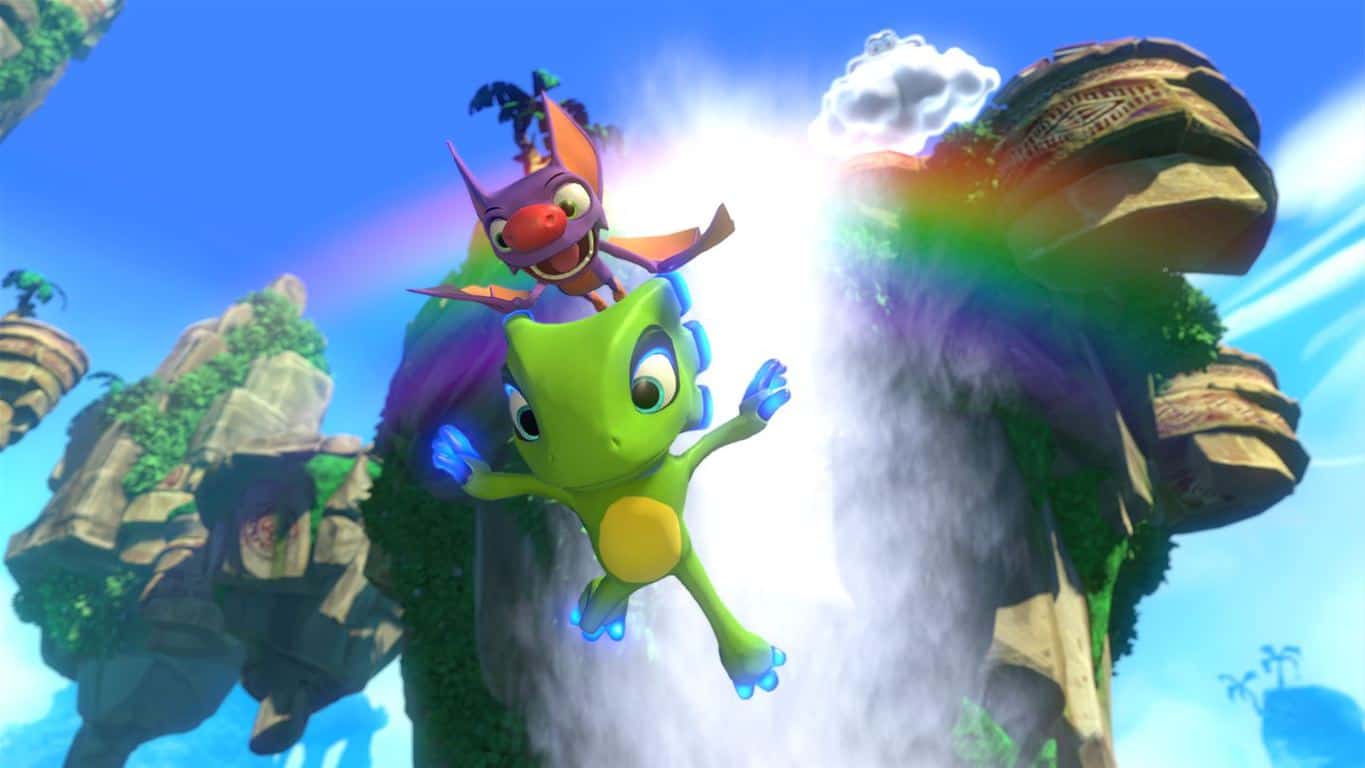 The highly-anticipated video game, Yooka-Laylee, is now available to play on Microsoft's Xbox One console. The game is a new three-dimensional platformer designed in a similar fashion to the classic, Banjo-Kazooie, which was also created by the same game developers.

Yooka-Laylee is an all-new open-world platformer from genre veterans Playtonic! Explore huge, beautiful worlds, meet (and beat) an unforgettable cast of characters and horde a vault-load of shiny collectibles as buddy-duo Yooka (the green one) and Laylee (the wisecracking bat with the big nose) embark on an epic adventure to thwart corporate creep Capital B and his devious scheme to absorb all the worldâ€™s booksâ€¦ and convert them into pure profit! Using their arsenal of special moves, our heroes will tackle a huge variety of puzzles and platforming challenges in their search for Pagies, the golden bounty used to unlock â€” and expand â€” stunning new worlds, each jammed to the gills with oddball characters, hulking bosses, minecart challenges, arcade games, quiz shows, multiplayer gamesâ€¦ and much more!

Buy Yooka-Laylee on Xbox One

Have you played Yooka-Laylee  yet? Let us know if it's worth buying in the comments below.