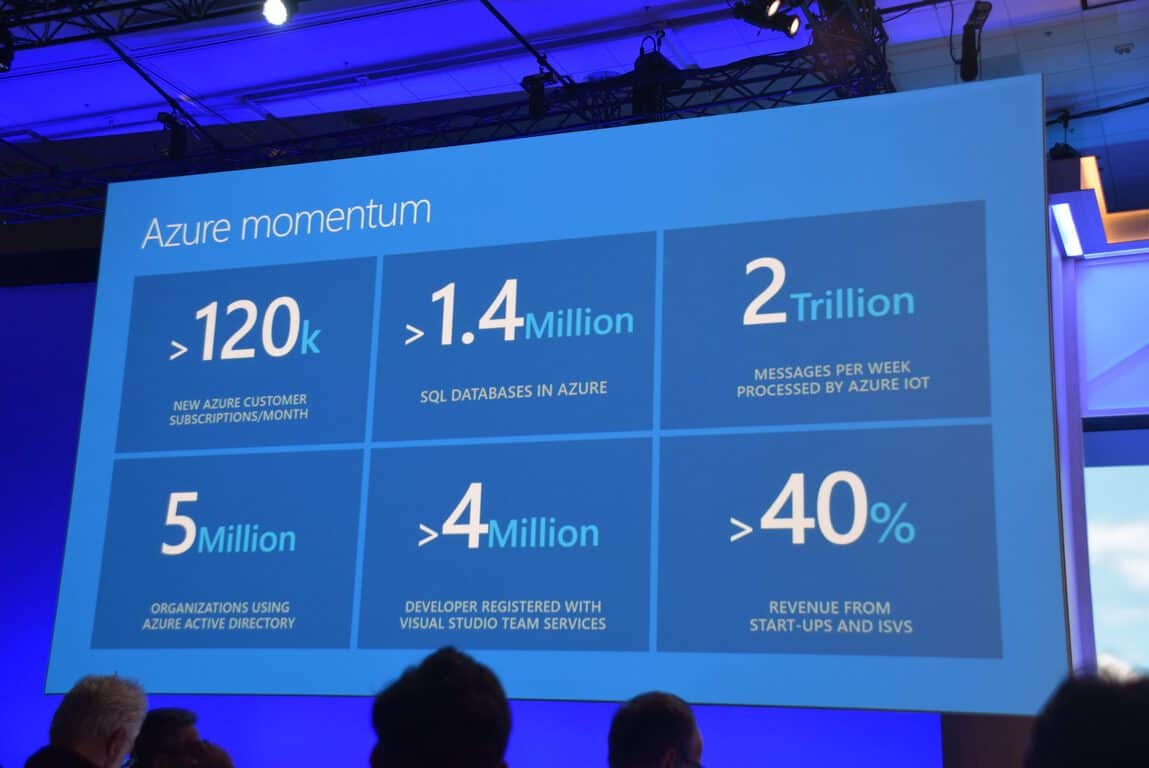 As Microsoft battles for top spot amongst US brands with the most market cap, it's doing so on the back of its business pivot to the cloud. Microsoft and investors seemed to jazzed by the future Azure holds for the company and its growing spot at number two in the relatively nascent cloud services market.

With that being said, we're getting a bit more insight as to why investors are so giddy with Azure's performance when compared to the biggest player in the sector, Amazon.

According to a report from Seeking Alpha, Microsoft Azure "registered another quarter of 75%- plus sales growth on a year-on-year basis." Perhaps, more importantly, there appear to be other markers indicating that Azure is actually gaining ground on Amazon's AWS despite a narrative of stagnant growth for both companies. 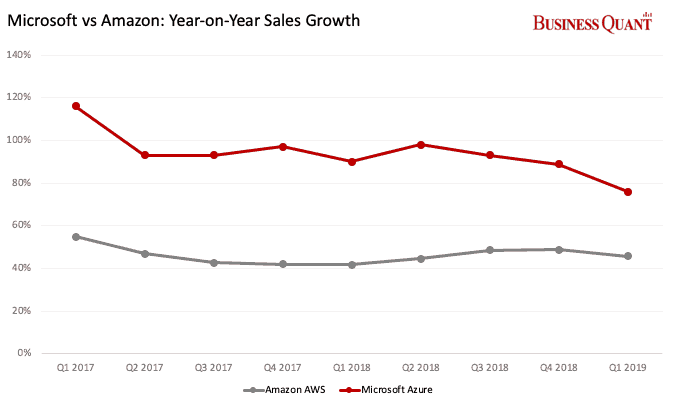 While Microsoft's Year-over-Year growth leaps are subsiding, the intersection at which companies are investing in the scaling of large brand cloud services for both Amazon and Azure are beginning to meet.

Yes, Microsoft is gaining on Amazon, but it should be noted the relative scale of both company offerings to put Azure's recent growth in perspective. Here are the charts from Seeking Alpha for revenue (top) and market share (bottom), showing while that Azure is growing, it's got a long way to go to beat AWS:

In an email sent to CNBC News, Lydia Leong, an analyst at Gartner claims "The bulk of AWS deals for Gartner clients are in the range of $5 million to $15 million, with many deals now exceeding $30 million, which is significantly higher than Azure (which tend to be below $1M) and GCP (typically below $5M).

Furthermore, the number of renegotiations that AWS is entering into is a trend that could cause other competitors to reevaluate their sales approach as the overall cloud services pie continues to be cut up.

As previously mentioned, cloud services and development are relatively new markets companies are jumping into and despite Amazon's seemingly monstrous growth, Microsoft is set to claim a substantial stake in it.

In a statement to CNBC, Microsoft expressed satisfaction with its progress against AWS. "We continue to see rapid growth in our cloud business, with Azure revenue in Q1 growing 76%. Our differentiation continues to be in the partner approach we take with our customers to drive success for their business, and this in turn drives increased consumption of our cloud services. We have significant engagements with global brands including Starbucks, Volkswagen, Shell, Walmart, Chevron, and BMW to run and grow their businesses with Azure."

As it stands now, the breakdown moves along the lines of Linux vs Windows users who are adopting AWS over Azure respectively, and with many more infrastructures running on Linux it's no wonder we're seeing Microsoft aggressively sidelining Windows in favor of more open source development as of late.

How-To Holiday Guide: Getting started with your new Windows 10 PC

[Updated: It's fixed] The Windows Store is currently having issues on Windows 8.1, Windows RT and Windows Phone 8.1