Yakuza Kiwami, Sid Meier’s Civilization VI, and For Honor are free to play with Xbox Live Gold this week-end - OnMSFT.com Skip to content
We're hedging our bets! You can now follow OnMSFT.com on Mastadon or Tumblr! 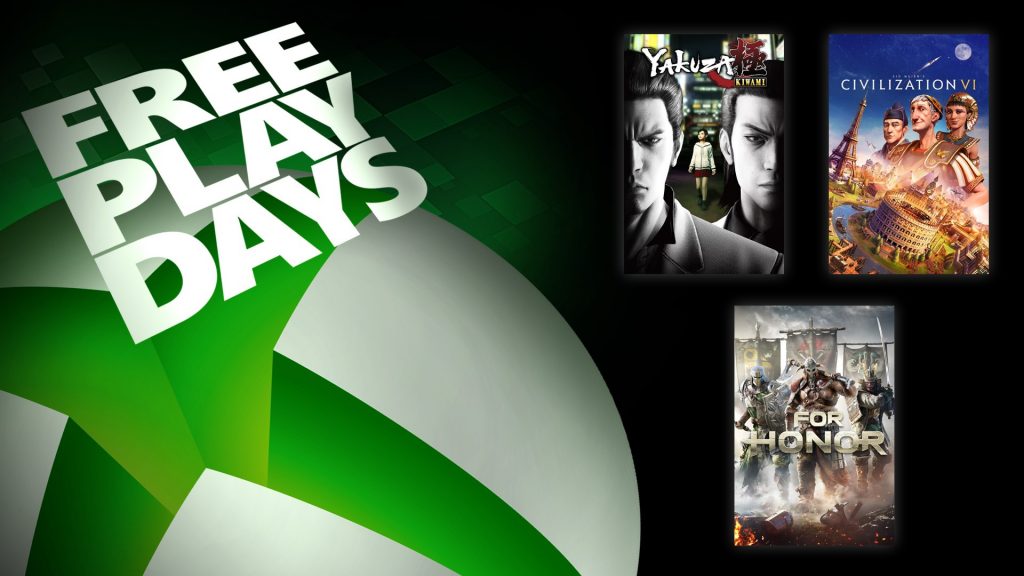 Yakuza Kiwami recently joined the Xbox Game Pass catalog, along with Yakuza 0. It’s a remake of the first Yaluza game released on PlayStation 2 back in 2005, and it’s a fun game to play is you like action-adventure games with RPG elements.

Civilization VI was released on Xbox One back in November, and it’s the latest entry in the popular turn-based strategy game series. As for For Honor, it’s a medieval fighting game with different factions and classes to explore. All three games are also discounted during this Free Play Days event, and you'll be able to pick up where you left off if you decide to buy them. In the meantime, make sure to watch the upcoming Xbox Games Showcase on OnMSFT starting at 8AM PT.

These top 5 Microsoft Teams Bots will boost your Teams experience