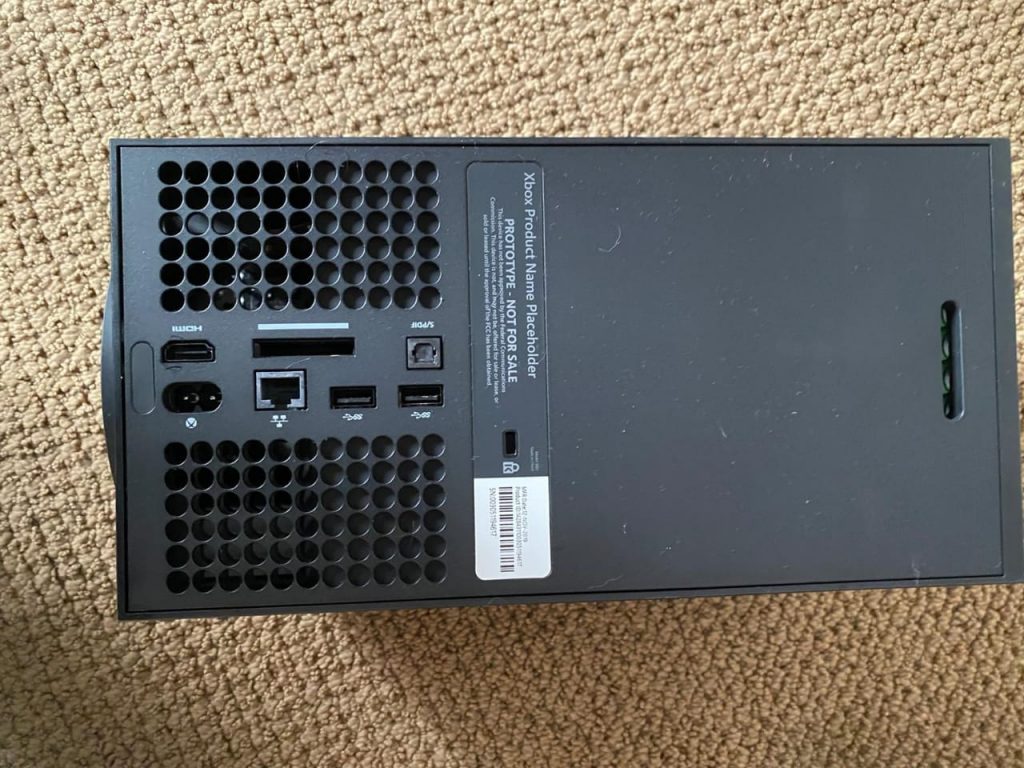 Less than a couple weeks ago, a peek at the ports on the upcoming Xbox Series X were leaked online. The photo showed most of the same ports as on the Xbox One series of consoles—two USB-A, only one HDMI, an ethernet, an audio, and power.

Besides these ports, the photo also showed a long rectangular one that sits in the middle between the HDMI and audio ports. As it turns out, the port seems to be a storage expansion slot, according to sources familiar with Microsoft’s plans (via Thurrott).

Providing easy access to storage expansion makes a lot of sense, especially as the Series X’s 4K ultra HD capable hardware will likely equate to much larger game sizes. The technology behind the expandable storage is still unknown—the hope is that it can provide a balance of high storage capacity as well as speedy read access.

Microsoft has also included options to expand storage in its latest Surface Devices—the Laptop 3 and Pro X. Although unlike that of the Xbox Series X, expanding the storage in these Surface devices requires a total replacement of the included SSD, as opposed to inserting an additional drive.

It’s important to keep in mind that, as can be seen in the photo, that the device is only a prototype at this point. Until its release in the holiday season later this year, Microsoft can continue to tweak the device as it sees fit, including adding/removing any of the ports shown above.

What do you think about a storage expansion slot of the Xbox Series X? Let us know in the comments area below.