“Xbox Scorpio” could be the official name of Project Scorpio, according to a Best Buy advertisement

In less than half an hour, Microsoft’s Xbox E3 briefing gets underway. That doesn’t stop leaks and speculation continuing, though. With us having further confirmation of Microsoft’s $499 price point for Project Scorpio a little earlier, we’re now getting information that the official launch name of the next-generation console will be Xbox Scorpio.

In a newsletter sent out by Best Buy in Canada, the advertisement notes a logo of “Xbox Scorpio,” (via IGN) dropping the ‘Project’ that we’ve come to know it as up until today. 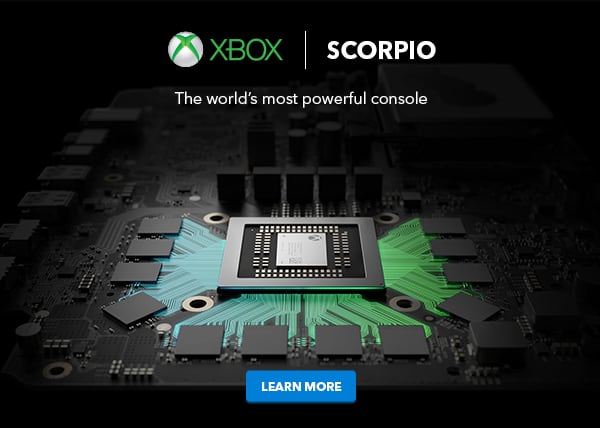 While the style of the logo in the newsletter could just mean that ‘Scorpio’ is under the ‘Xbox’ brand, it is more likely that it does in fact mean “Xbox Scorpio” as one phrase.

Do you think they should drop Project Scorpio and call it Xbox Scorpio? Let us know in the comments below!