If the Cyberpunk 2077-themed Xbox One X leaked a couple of days ago, Microsoft has confirmed today that it will be available in June in limited quantities. Actually, the Xbox team emphasized that this will be the last Xbox One X limited edition console to be released, and only 45,000 units will be manufactured.

Just like the Xbox One X Gears 5 Limited Edition console before it, the Cyberpunk 2077 Limited Edition console will come with a stand as the vertical position is really best to admire the Xbox team’s attention to detail. Indeed, this console has laser etchings and LED light on front, custom panels on top, and an "No future” graffiti underneath that glows in the dark.

The console will also come with a digital copy of the game ahead of its September release, as well as a matching Cyberpunk 2077 Limited Edition Xbox Controller, which is available to purchase separately for $74.99 starting today. This one is definitely a looker with its metallic look graced by some subtle scratches. The Xbox team’s goal was to create "a half natural and half cyber-enhancement design inspired by the breathtaking character, Johnny Silverhand.” 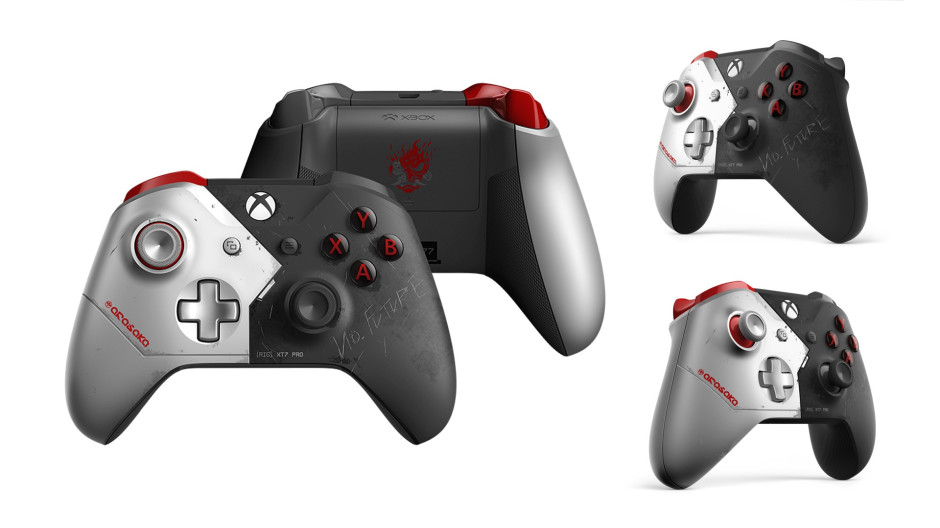 Cyberpunk 2077, from the developers of the critically-acclaimed RPG The Witcher 3 is definitely one of the most-anticipated games of the year. Microsoft seems to enjoy a special partnership with developer CD Projekt Red, and the Cyberpunk 2077 segment of Microsoft's E3 2019 presser featuring Keanu Reeves was definitely one of the highlights of the annual trade show last year. CD Projekt Red has already announced that Cyberpunk 2077 will get a free update to optimize the game for Microsoft's upcoming Xbox Series X, but the Xbox One X will likely be the best console to play the very ambitious game when it's released on September 17, 2020.