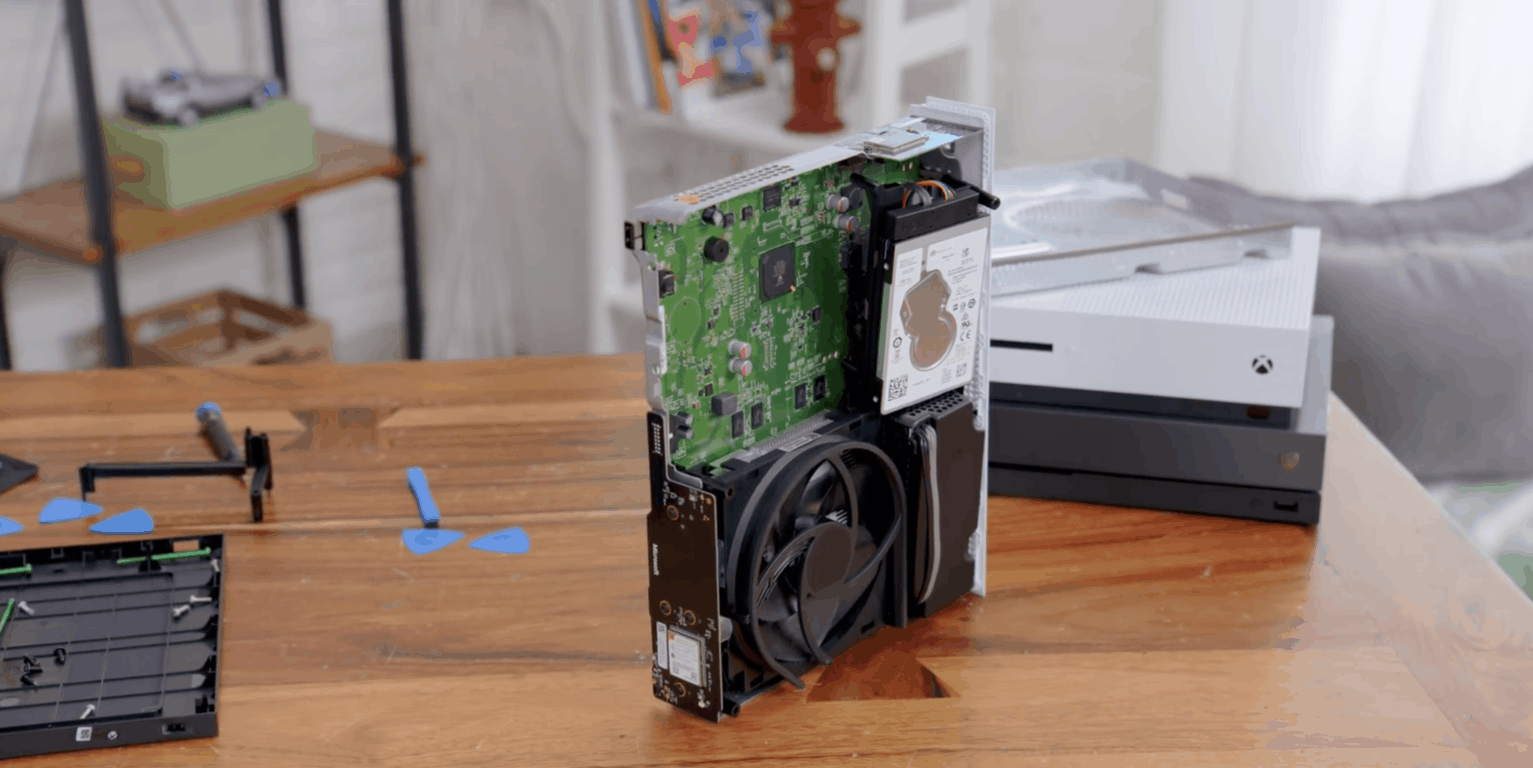 The YouTuber Austin Evans got its hands on the new console and published a teardown video earlier this week (via Windows Central), showing that dedicated ports for connecting the disc drive are still present on the motherboard . Additionally, the eject button is still there, though it’s hidden behind the new casing.

The new $249.99 console also ships with the same 1TB hard drive and internal power supply, so Microsoft apparently didn’t try to cut costs by doing more hardware changes. However, Brad Sams, who was the first to report on the discless Xbox One S also wrote in his initial report that Microsoft was planning a newer version of the Xbox One S for later this year that would keep the disc drive but still be a cost saver for the company. “Microsoft is moving forward very carefully with this product as it knows that a sizeable portion of its users do prefer to buy physical games and not download them,” Sams wrote back in November.

So far, the Xbox One All Digital Edition has received a polarized reception, to say the least. The YouTube video shows 42% of dislikes as of this writing, with several comments highlighting the fact that's it's quite easy to find cheaper Xbox One S bundles with more interesting games without sacrificing the 4K Blu-Ray player.

Microsoft still deserves credit for its forward-thinking approach, and the fact that the company is testing waters with this discless version of the Xbox One S doesn’t mean that the “Anaconda” family of next-gen Xbox consoles won’t come with a disc-drive. Since Sony’s PlayStation 5 is now confirmed to have a disc drive, Microsoft would pretty much shoot itself in the foot if it was going all digital for its next console generation.

The Xbox One S All Digital Edition will start shipping on May 7, and it remains to be seen if it can appeal to gamers who are not interested in physical disks and the used games market. You can already pre-order the new console on the Microsoft Store, let us know in the comments if you're interested in purchasing one.