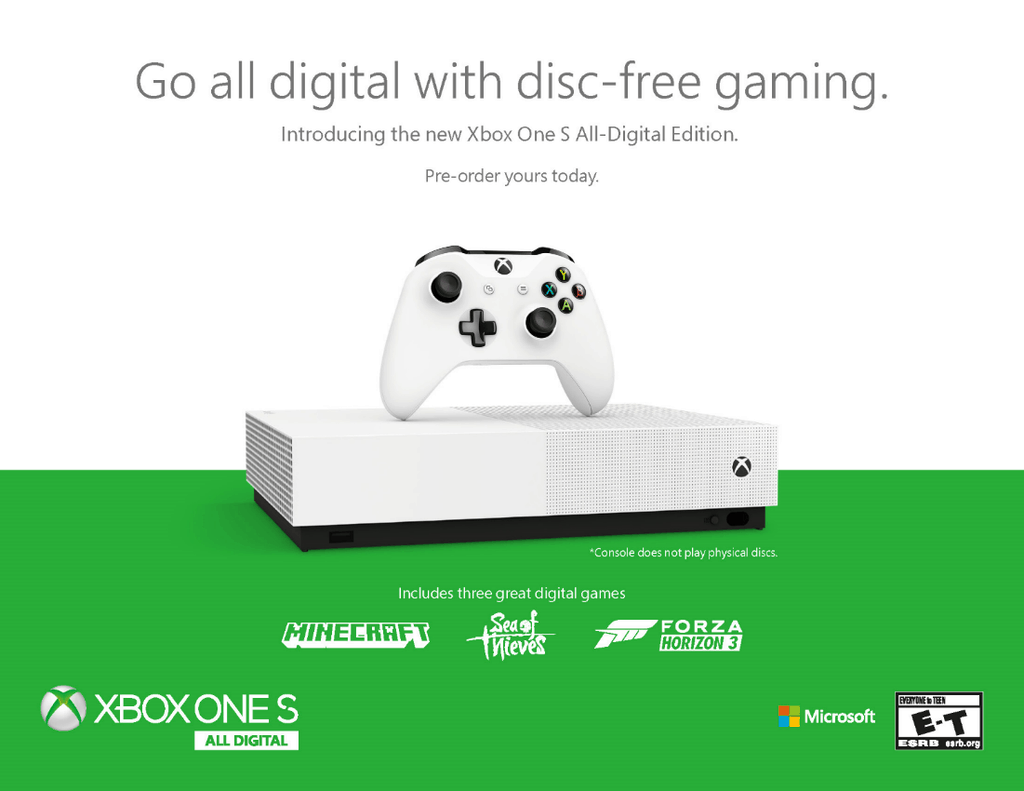 It’s official, Microsoft is launching a discless version of its Xbox One S console on May 7. The Xbox One S All-Digital Edition was previously revealed in multiple leaks, and the information we had so far was accurate: This is just a 1TB Xbox One S without the disc drive, and it comes with three games: Minecraft, Sea of Thieves, and Forza Horizon 3.

The Xbox One S All Digital Edition will be priced at $249.99, which is quite expensive considering that it’s not too difficult to find cheaper Xbox One S bundles right now. The standard Xbox One S also remains one of the cheapest 4K Blu Ray players you can find on the market today, and the disc drive also gives gamers access to the used games market.

The new console is available to pre-order on the Microsoft Store starting today, and it will also be available at select retailers worldwide including Walmart, Best Buy and Amazon.com starting on May 7. Sound off in the comments if you think this discless version will resonate with consumers.