Xbox Insiders on the Beta Ring can now test the latest Xbox One system update - OnMSFT.com Skip to content
We're hedging our bets! You can now follow OnMSFT.com on Mastadon or Tumblr! 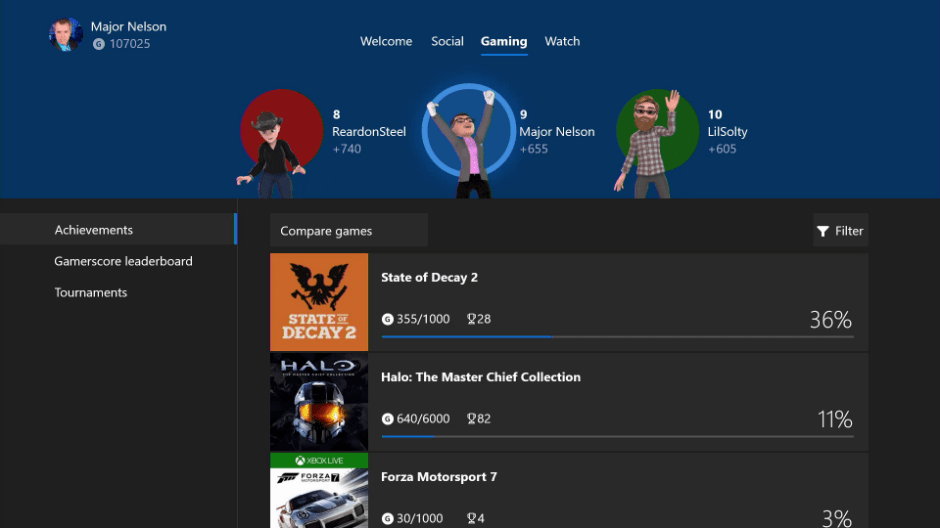 The latest Xbox One system update, which is due for release this Fall will bring the redesigned Xbox Live Avatars on the Xbox One Dashboard. Preview Beta Insiders already had access to the new Avatar system, but after installing this build they should see a new Avatar Store with lots of new cosmetic items to purchase.

Mixer streamers will also be able to test a new option allowing them to broadcast their entire Xbox screen, including the Xbox dashboard when a game isn’t running on the console. This option will be off by default, and be aware that you won't be able to use it for streaming protected content coming from Netflix or other video apps.

Microsoft also announced that the Xbox One 1810 update will bring support for Dolby Vision Video Streaming across the Xbox One X and the Xbox One S, though that feature isn’t available for testing yet. Dolby Vision is a proprietary HDR format developed by Dolby Laboratories, and it’s often seen as a better version of the HDR 10 standard that Microsoft and other tech companies has been backing in recent years.

You can learn more about what Microsoft has in the pipeline for the next Xbox One system update on the Xbox Insider blog, though Microsoft previously said that a subset of Xbox Insiders may also get access to some experimental features. We had an recent example with the new shopping cart feature for the Xbox Store, which has now been taken offline to allow the team to make fixes and improvements.

Microsoft accused of bribery and corruption in Hungary