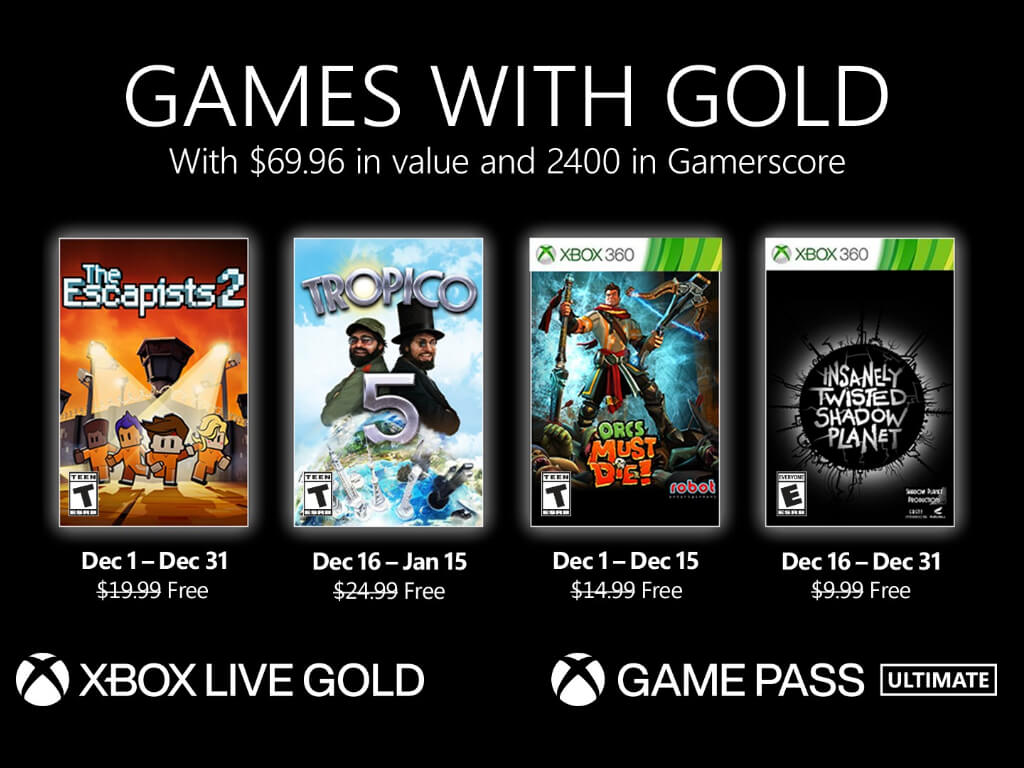 Microsoft has revealed today the new Games with Gold titles that Xbox Live Gold subscribers will be able to grab for free in December. The first games to be available starting December 1 are the prison break sim The Escapists 2 ($19.99) and the Xbox 360 game Orcs Must Die! ($14.99).

Starting December 16, Xbox Live Gold members will also be able to grab Tropico 5 - Penultimate Edition ($24.99) for free. This bundle includes the base city builder, “The Big Cheese” and “Hostile Takeover” add-on, as well as 5 new exclusive Xbox maps. Insanely Twisted Shadow Planet ($9.99) will be the last free game of the month, and it’s a nice 2D action-adventure game released by Microsoft Studios near the end of the Xbox 360 era.

Overall, these four games represent $70 in value and 2400 in Gamerscore, which is slightly less than what we had with the November 2021 Games with Gold. If you have yet to grab them, we also remind you that you have until November 30 to claim Moving Out and Lego Batman 2 DC Super Heroes for free with your Xbox Live Gold subscription.

The best Surface to buy for students and for gaming