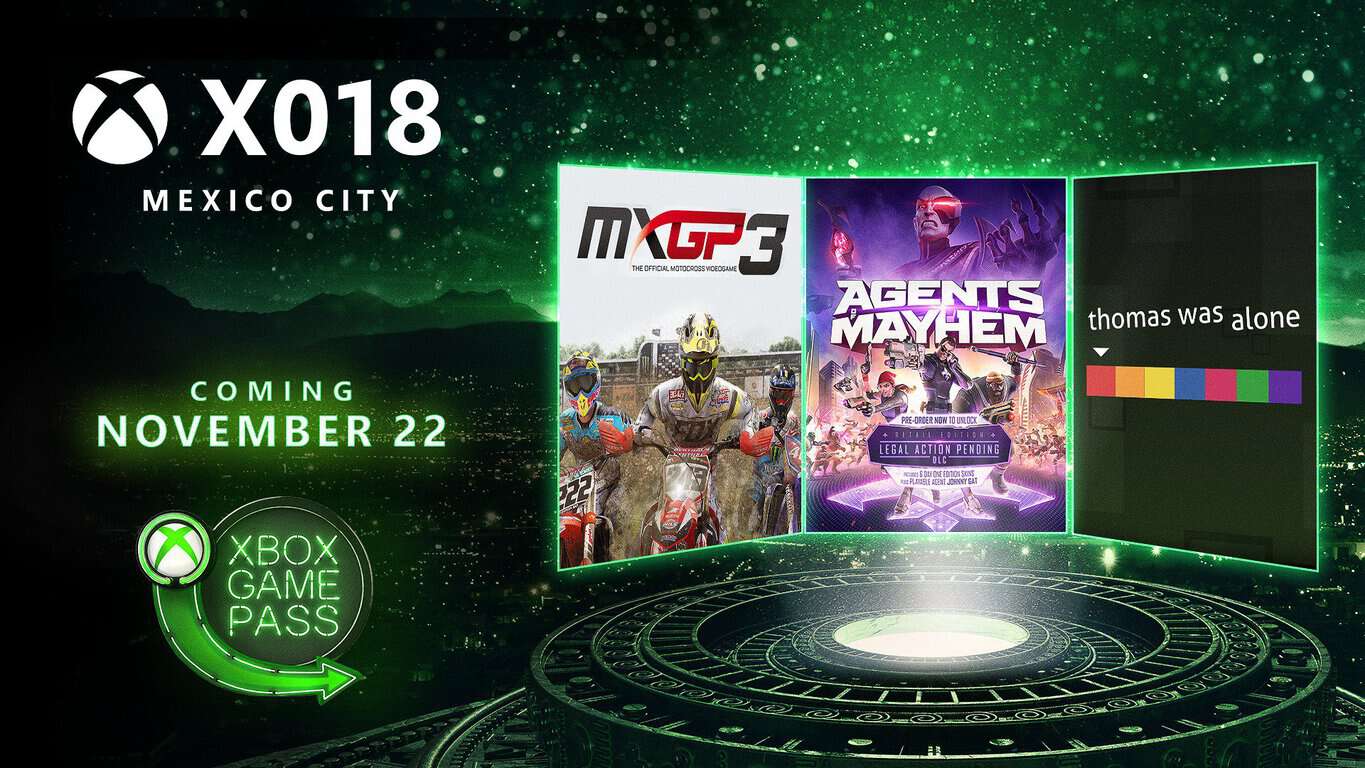 Microsoft continues to add new titles to its Xbox Game Pass library. At XO18, the company announced 16 new titles that are on their way to the Netflix-style gaming subscription service.

Here we take a look at all of the games that are coming to Xbox Game Pass members. Keep in mind that not all titles have a release date at this time.

Coming to Xbox Game Pass on November 12, PUBG will bring its battle royale gameplay to all members of the program, delivering large-scale war-style gameplay.

Hellblade will be arriving for Xbox Game Pass members on December 17, saving those who are part of the program from having to pay $29.99 for the game outright.

Another big @XboxGamePass announcement - Hellblade: Senua's Sacrifice from @NinjaTheory is coming soon. If you have Game Pass and haven't played this game, move it to the top of your list. It's spectacular! https://t.co/fXLvVCzmGI pic.twitter.com/YA2eA6P2fY

Ori and the Blind Forest

Arriving a few days after Hellblade, Ori and the Blind Forest will be available to Xbox Game Pass members on December 20.

Ori and the Will of the Wisps

Those looking forward to the next instalment to the Ori series will be glad to hear that Ori and the Will of the Wisps will be coming to Xbox Game Pass on the same day it releases. The release date is not confirmed, but is expected to be in 2019.

In Kingdom Two Crowns, players must work in the brand-new solo or co-op campaign mode to build their kingdom and secure it from the threat of the Greed. Experience new technology, units, enemies, mounts, and secrets in the next evolution of the award-winning micro strategy franchise!

AFTERCHARGE is a 3 vs 3 competitive game pitting invisible robots against an invincible security squad in high-octane tactical skirmishes. The robots must sneak around to destroy all the energy extractors on the site while the guards are tasked to spot the attackers and stop them.

Supermarket Shriek is a unique (shopping) kart racer where an unlikely duo (a man and a goat) find themselves in a trolley, navigating through various obstacle courses and challenges situated inside a range of shops, boutiques and supermarkets. Because, why not? Furthermore, movement is controlled by our hero’s voice, or more specifically, their wild incomprehensible screaming. Propel our protagonists using a gamepad in single player or play our unique co-op mode with dual microphones for an experience like no other!

Inspired by BioShock and System Shock 2, Void Bastards is a revolutionary new strategy-shooter that will test your wits as well as exercise your aim. Can you lead the misfit prisoners of the Void Ark through the derelict spaceships and myriad dangers of the Sargasso Nebula?

Pathologic 2 is a Narrative Driven Survival Thriller set in a world being consumed by a devastating plague.

Secret Neighbor is a suspenseful Multiplayer Horror Game where a group of kids try to rescue their friend from the Neighbor's creepy basement. Only problem is one of the kids is the Neighbor in disguise.

The Good Life is an intriguing combination of gameplay styles: part tycoon, part time-management, part simulation and 100% fun! Live the life you always dreamed of on your way to becoming the area top dog in this tropical sandbox game.

In Thief of Thieves you play as a cat burglar using stealth, social engineering and team members to pull off some high profile heists across the world. Based on the comic book series by Robert Kirkman , Thief of Thieves, it’s time for Celia to make the leap from apprentice to master.

A tactical adventure game combining the turn-based combat of XCOM with story, exploration, stealth, and strategy. Take control of a team of Mutants navigating a post-human Earth. Created by a team including former HITMAN leads and the designer of PAYDAY.

The new MXGP edition, based on the 2016 season, offers the player a dynamic, ever-more enjoyable gaming experience thanks to a series of innovative graphics and techniques introduced by the new Unreal®Engine 4 graphics engine which will take the game experience to a surprising new level.

In Agents of MAYHEM, you run a no-holds barred operation against a shadowy super-villain organization known only as LEGION and their mysterious leader, the Morningstar. Explore the city of Seoul as a variety of Super Agents to thwart LEGION's vile plans to take over the world!

Guide a group of rectangles through a series of obstacles, using their different skills together to get to the end of each environment.

Which of the above titles are you looking forward to most? Let us know in the comments!