Xbox Forums make the move to Microsoft Answers - OnMSFT.com Skip to content
We're hedging our bets! You can now follow OnMSFT.com on Mastadon or Tumblr! 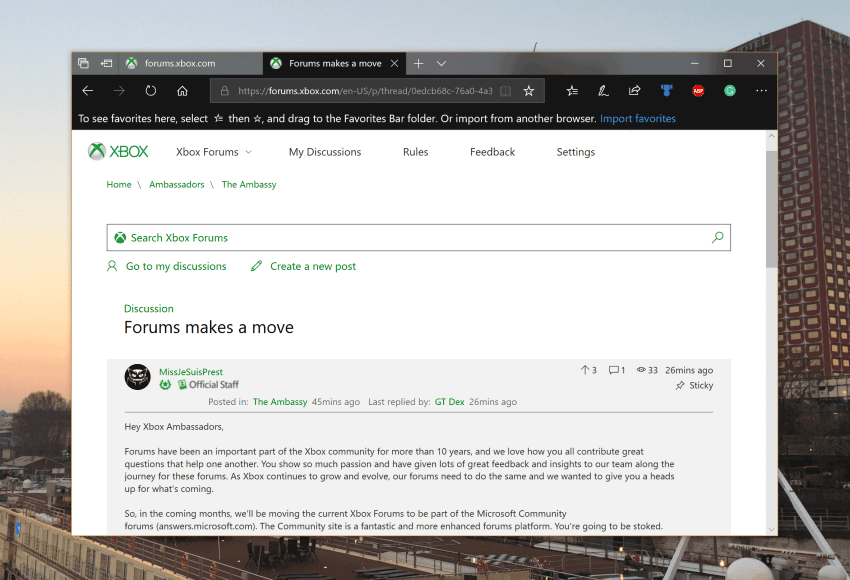 Last month, we noted that Xbox Forums would be moving to the Microsoft Community Forums.  The move was part of Microsoft's plans to "empower users with discussions," but there wasn't an exact timeframe for when things would fully transfer over. Well, it looks as though part of the move is now complete as an official announcement is now out (via MSPoweruser.)

The announcement can be seen in full here, as posted by Mister Quimby, a Microsoft Agent, Ambassador, and Moderator. He explains that "the time has come for the forums to move" adding that "very soon, we’ll be redirecting all of the forum threads to open only in their new home in the Microsoft Community forums."

Per Mister Quimby, forums.xbox.com will be turned off once all the features od the Xbox area of the community forums are fully finished and tested. So it's best to try out our right now and get yourself acquainted.