Xbox to expand wireless ecosystem with new PCs and accessories 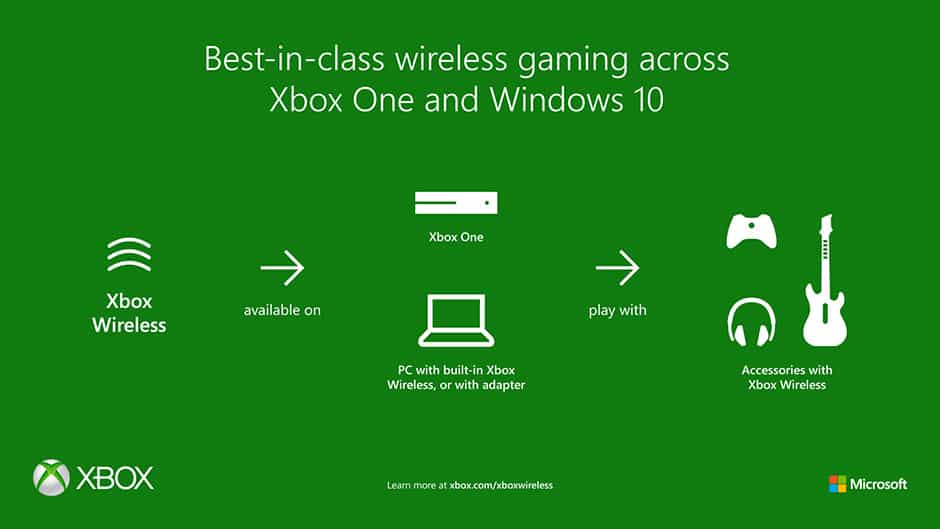 Earlier today we reported that Lenovo was introducing two new  gaming/VR Windows 10 desktop powerhouses. One of those new PC’s, the Lenovo IdeaCentre Y710 Cube, features built-in support for all Xbox Wireless accessories straight out of the box without the need for any adapters or wires. In line with this, Microsoft has announced that Xbox will expand on this wireless ecosystem and will bring the Xbox Wireless technology to new PCs and accessories.

Ultimately, this means that Microsoft will work with partners such as Astro, HyperX, Lenovo, Mad Catz, PDP, Plantronics, Razer, SteelSeries, and Turtle Beach to bring a seamless way for gamers to play with accessories across devices. Microsoft also notes that gamers should expect to see the technology in new PCs and new accessories moving forward.

For those unfamiliar with the technology, the company also offers up the following explanation and benefits of Xbox Wireless:

Until then, you can be on the lookout for above Xbox Wireless support logo on accessories such as headsets, joysticks, and other input devices, or even the latest Xbox Wireless accessory, the  Rock Band Rivals Band Kit. You can even go ahead and purchase a Xbox Wireless Adapter for Windows, in order to bring the power of Xbox Wireless to your PC.