Xbox Design Lab is now available in the UK, Germany and France - OnMSFT.com Skip to content
We're hedging our bets! You can now follow OnMSFT.com on Mastadon or Tumblr! 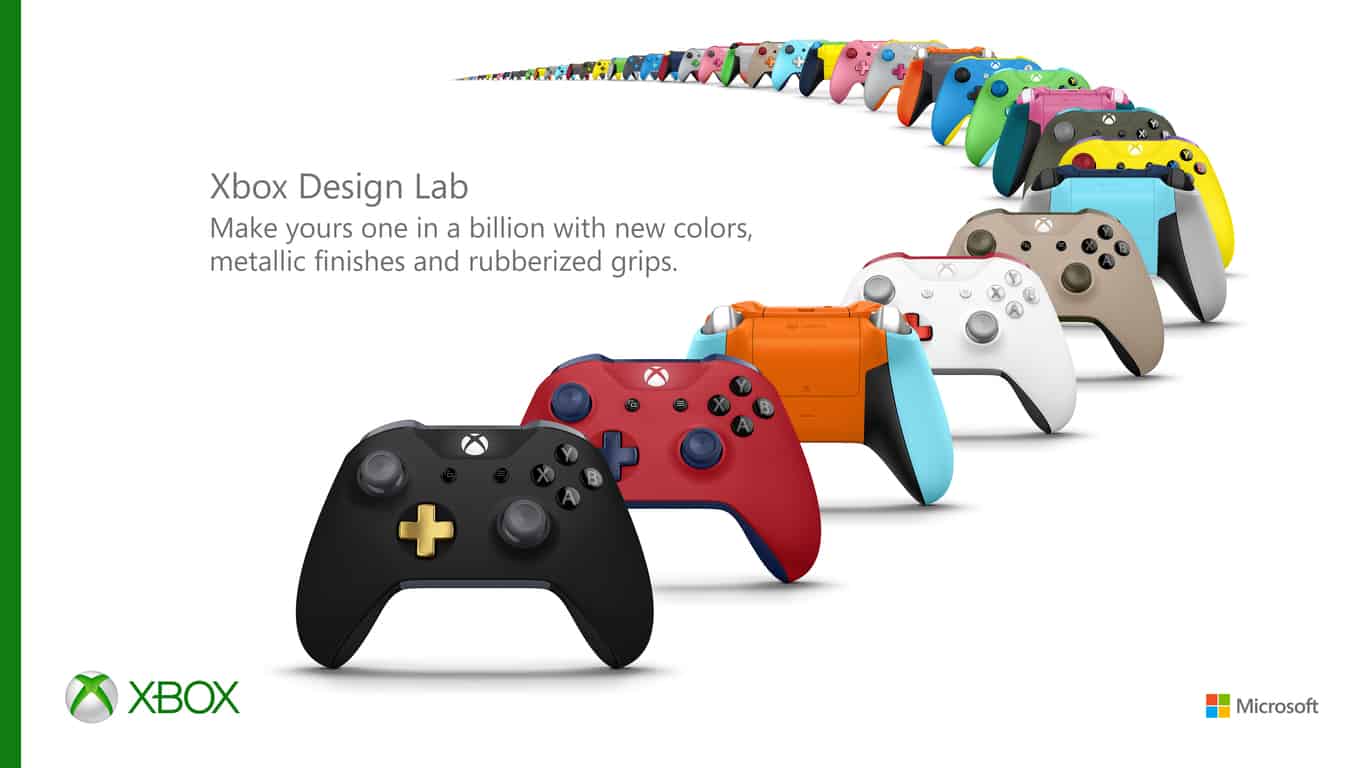 It has already been a year since Microsoft launched its Xbox Design Lab in North America, giving local Xbox fans the chance to purchase their own customized version of the new Xbox One controller. The experiment has been a success for the company, with Xbox Global Marketing Manager Bree White sharing today on Xbox Wire that fans have already created "hundreds of thousands of unique designs that express their creativity and style."

To keep riding on this momentum, White just announced that Xbox Design Lab is now available in the UK, Germany and France starting today, with more European countries to be added later this summer. In addition to the pre-existing customization options for the controller body, back case, D-pad, bumpers, triggers, thumbsticks, ABXY buttons and View and Menu buttons, Microsoft is also adding the following new options today:

Xbox Design Lab custom controllers can be yours for £69.99 if you live in the UK or €79.99 for consumers France and Germany, and you can create yours on the dedicated website. For a limited time, laser engraving your custom 16-character message is free for everyone through June 19 (it's usually a $9.99 option). Sound off in the comments if you think the Xbox Design Lab is a great initiative for Xbox fans.

How to manage your notifications in Windows 10