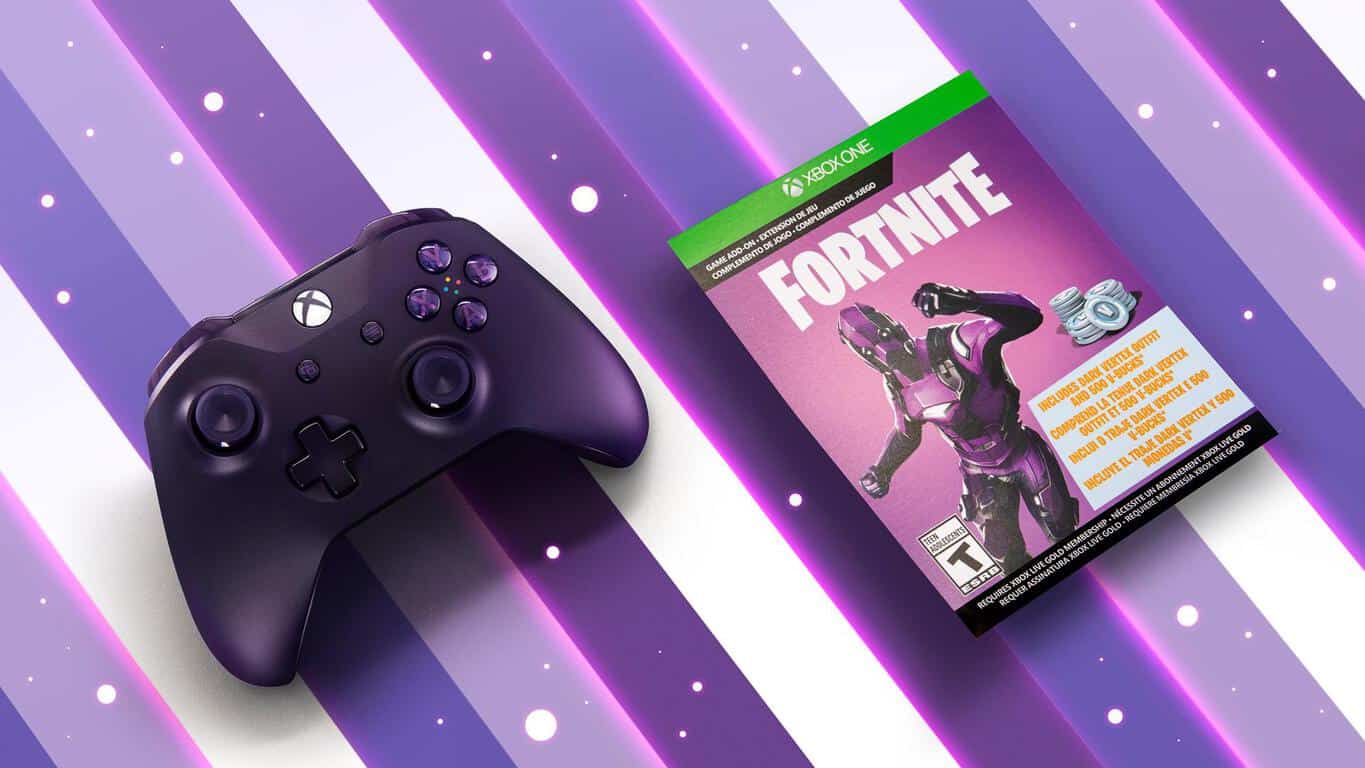 A couple of weeks ago, Microsoft released an Xbox One S Fortnite Battle Royale Special Edition Bundle that came with a purple controller matching the gradient purple console. This Xbox Wireless Controller Fortnite Special Edition may have its fans as Microsoft announced today that it will sell it separately for $64.99 USD starting September 17, and you can pre-order it now.

In addition to the unique purple design, the limited edition controller comes with a Dark Vertex Cosmetic Set download, as well as 500 V-Bucks to spend in Fortnite. If you’re interested, be aware that the $299 Xbox One S Fortnite Battle Royale Special Edition Bundle includes the same Dark Vertex Cosmetic Set download plus an Epic Glider, a Rare Pickaxe (available in Fortnite Battle Royale and Fortnite Creative modes), and 2000 V-Bucks.

Fortnite remains one of the most popular video games ever created, and it’s interesting to see Microsoft trying to capitalize on it. Truth be told, we probably reached peak Fortnite a couple of months ago, but the game is now an esports phenomenon with the Fortnite World Cup Finals about to kick off this Friday, July 26.