We reported on May 30, 2016 that the Xbox Beta app on Windows 10 Mobile was hinting at live game streaming from the Xbox One. The notion came from screenshots displaying a “play from console” button as opposed to the typical “play on console” button that merely kicks off a game remotely. Such functionality would certainly add some value to Windows 10 Mobile for Xbox One gamers, and so the discovery was met with some excitement.

It appears that either Microsoft simply made a mistake, they’ve pulled support for now, or they’re rethinking game streaming on Windows 10 Mobile in general, because the button no longer exists. As windowsunited.de reports (via MSPU), the more recent Xbox Beta app doesn’t include the offending button.

That’s disappointing news for Xbox One users who carry around a Windows 10 Mobile device, but it’s certainly not the final answer on the topic. It’s entirely possible that Microsoft will bring the functionality to its smartphone platform at some point, and we’ll certainly be keeping our eyes open for any signs of its return.

In the meantime, you can update the app or install it from the link below to see for yourself. Let us know in the comments what you think of this development. 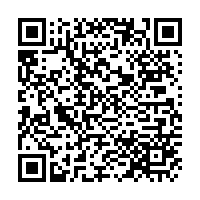