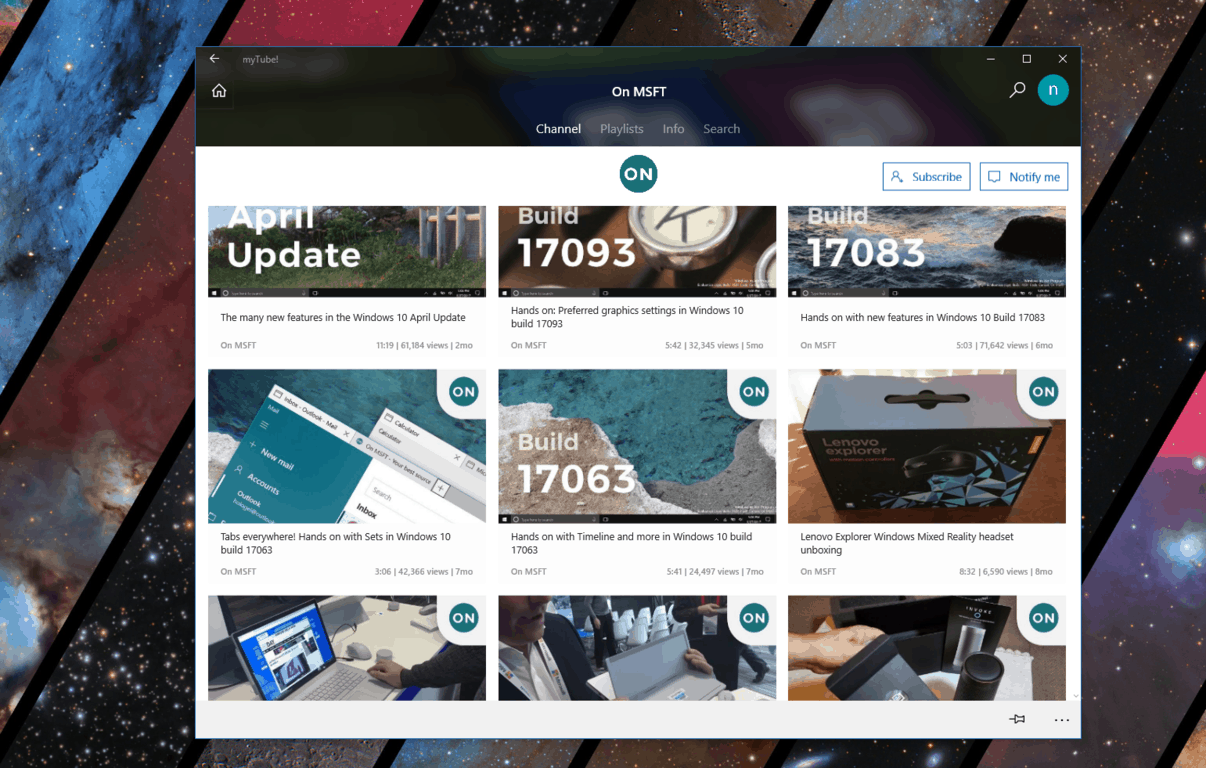 If you're using myTube for watching YouTube videos on your Windows 10 PC, Xbox, or Windows Phone, you're up for a treat. Noted by Windows Central, the developers of the app have just pushed out a version 3.3 update, adding in support for Windows Timeline, a new "Rooms" feature, and much more.

All of the new features in this version are documented by developer Ryken Studio in a post on their website. The latest features mostly target the Windows 10 April 2018 Update, and you can have a look below for more on what's new.

In the event that you're using myTube on your Xbox, you also will see a separate set of improvements. You should now have the ability to leave TV mode and use the PC UI, and see the share button in video details. There's also a new next up UI and fixes for jumping with the trigger buttons not working properly.

It's defintley nice to see these features, as myTube remains one of the most complete third-party YouTube clients in the Microsoft ecosystem. The app is actually available for 99 cents, but a free trial is available. Update or find it via the link below, and let us know your thoughts on this update by dropping us a comment.

Buy myTube from the Microsoft Store