A new UI that takes inspiration from the design of Windows 11, has been released and made available to all Office for Windows users. The most noticeable changes include rounded corners, and a more neutral colour palette.

According to the latest AdDuplex report, Windows 11 is making its way to the 10% market share milestone. However, in a separate study conducted by Lansweeper, only 0.21% of over 10 million Windows PCs are running Windows 11, telling a different story to that of AdDuplex. 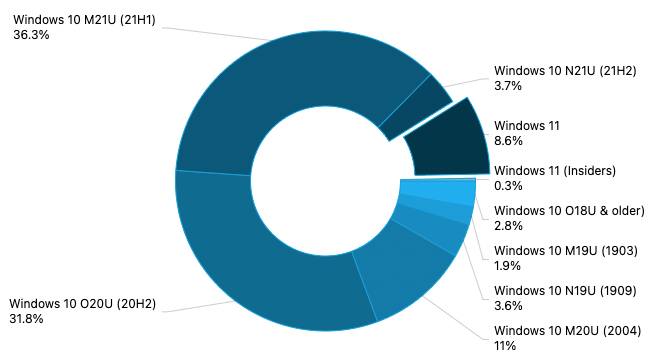 According to a new report, Microsoft is working on bringing App Version Numbers back to the Microsoft Store, so that it is more readily available to access the version number of an app from the app store itself. This change is expected to apply to both Windows 10 and Windows 11.