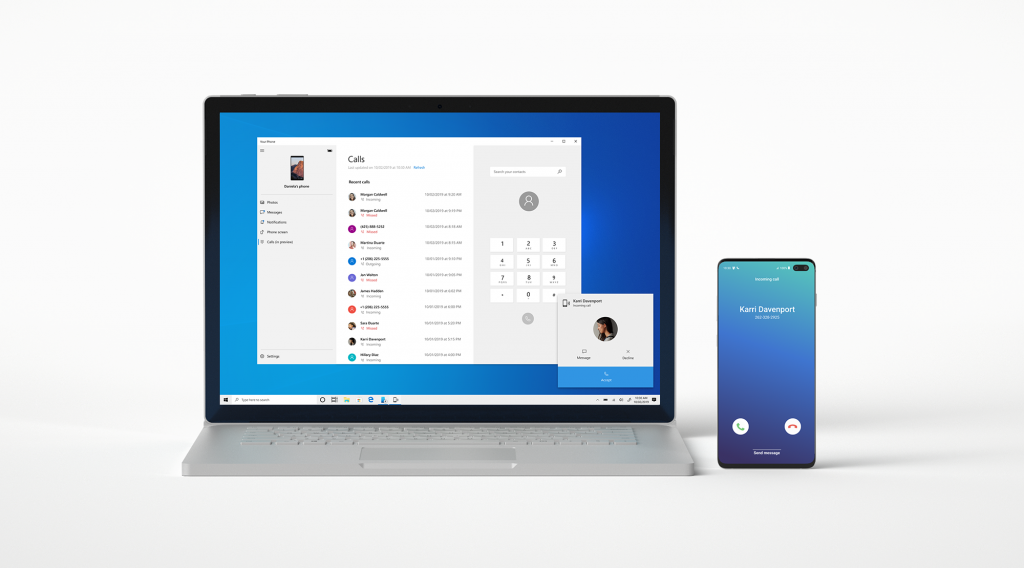 Microsoft is getting ready to ship the calling feature for the Windows 10 Your Phone app that was first demoed at the Samsung Unpacked event in August. The company has just announced that this Calls feature is now available for the Windows Insider community, and you don’t need to be running the latest 20H1 preview build to use it.

"This feature will gradually roll out to Insiders on 19H2 builds or newer, so it may take a few days to be available inside the Your Phone app,” the Windows Insider team announced today. This Calls feature will require you to have an Android 7.0 or newer on your phone, as well as a Windows 10 PC with Bluetooth running the 19H1 build 18362.356 or higher.

Once the feature is available on your PC, you’ll be able to initiate, answer or decline calls without having to touch your Android phone. The Windows 10 Your Phone app will also display your recent call history, making it easy to call these numbers from your PC if necessary.

"We value your feedback, so give it a try and let us know what you think," the Windows Insider team said today. To share any feedback about Phone Calls in Your Phone with the team, you can visit Settings > Send feedback.

In addition, Microsoft is also now wider rolling out the ability to resize and move Cortana's Window. This feature was first introduced in Build 18975 and is now available for all Windows Insiders.

October Patch Tuesday is out for Windows 10 version 1903 and older, here's what's new