Windows Calculator is now available on Android, iOS, and the Web because why not - OnMSFT.com Skip to content
We're hedging our bets! You can now follow OnMSFT.com on Mastadon or Tumblr! 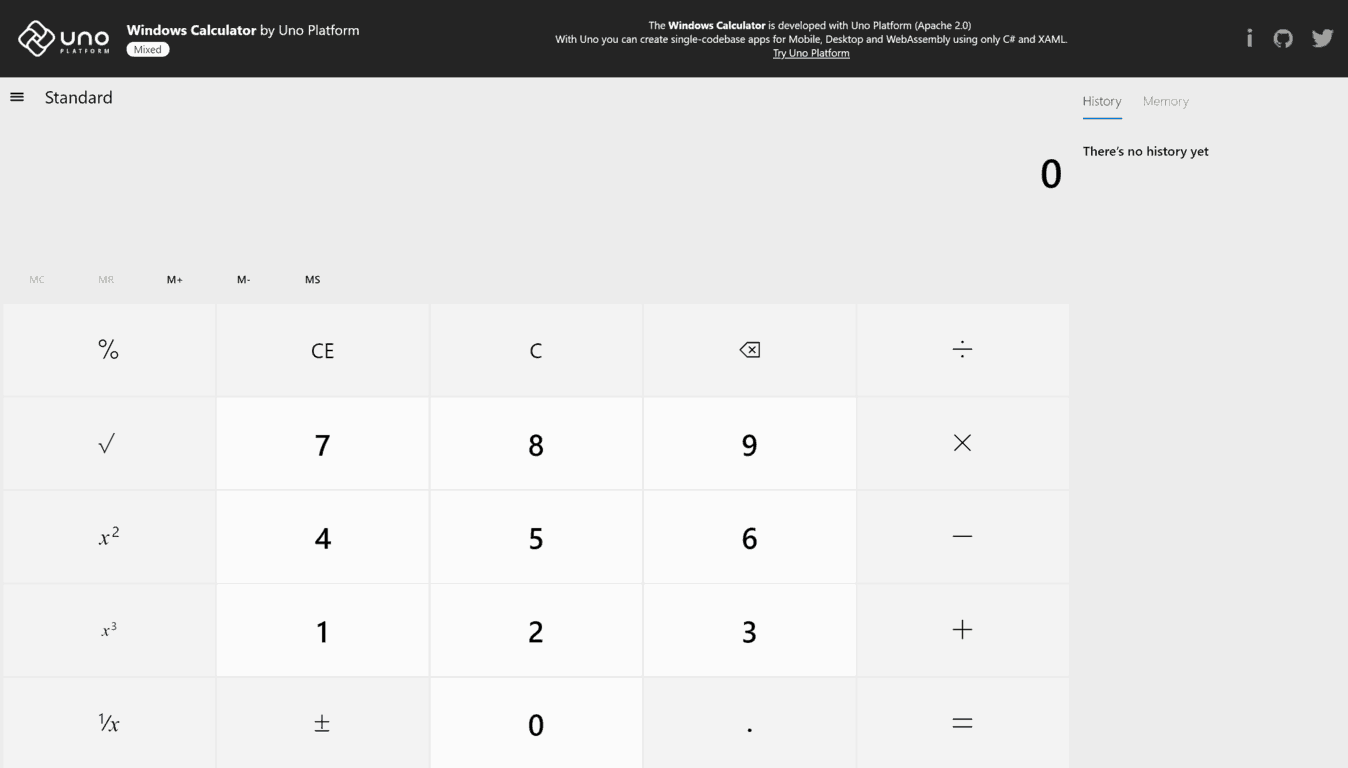 Earlier this year, Microsoft open sourced its Windows Calculator app. The source code for the Calculator app was made available on GitHub under the MIT License, and the company looked forward to welcoming contributions from developers.

The company stated at the time that the source code for the Calculator app was a great way for developers to learn about Microsoft technologies like UWP apps, XAML, and Azure Pipelines.

Although the app continues to ship with Windows 10, Uno Platform, a popular developer platform for modern .NET developers has brought the app to Android, iOS, as well as the Web as Uno Calculator. It's essentially a showcase for the platform which allows the same C# code to run natively on mobile, desktop, and the Web.

The Uno Calculator looks and works just like Windows Calculator and packs in all the advanced modes as well as unit and currency converters that all of us are already familiar with. However, the Web version – available at calculator.platform.uno – takes awkwardly long to load/start though. Hopefully, the issues will be ironed out.

Would you try out the Uno Calculator on your smartphone or the built-in, first-party calculator app is good enough for you? Tell us in the comments!