The Vector Watch is a wearable device that serves as an traditional smartwatch alternative to Apple’s Watch and Google’s Android Wear platform (as opposed to Microsoft’s own fitness-oriented Band 2). Perhaps, most notable for supporting Windows Phone, the Vector watch has until this point worked with Windows Phone 8.1 expressly. Not every feature is supported on Microsoft’s previous mobile platform, but some support is better than none.

As Windows Central reports via a reader tip, the Vector Watch team sent an email stating that they’ll be focusing on Windows 10 Mobile going forward:

We would like to inform you that we have decided change our approach to the Windows Phone app from a software architecture point of view, more precisely reworking our app from the ground up. This decision is a repercussion of the fact that we want to bring the Windows Phone community the top-level, highly functional product it deserves, both from a hardware, as well as a software point of view. Additionally, we will be focusing on Windows 10 from v1.1 onward, seeing how virtually every Lumia flagship and most of the post-2014 models are upgradeable to Windows 10.

It’s looking like owners of the Vector Watch will be able to get their hands on a beta of the newest app tomorrow, April 20, while the official version will release on April 27. It’s likely a small population of users who own a Vector watch and a Windows phone, but for those of you who do, this may or may not be good news–depending, of course, on whether your Windows smartphone is capable of running Windows 10 Mobile. 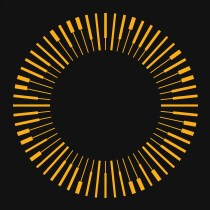 Australian researcher Telsyte notes a drop in tablet sales down under, iPad still on top but Surface is closing fast