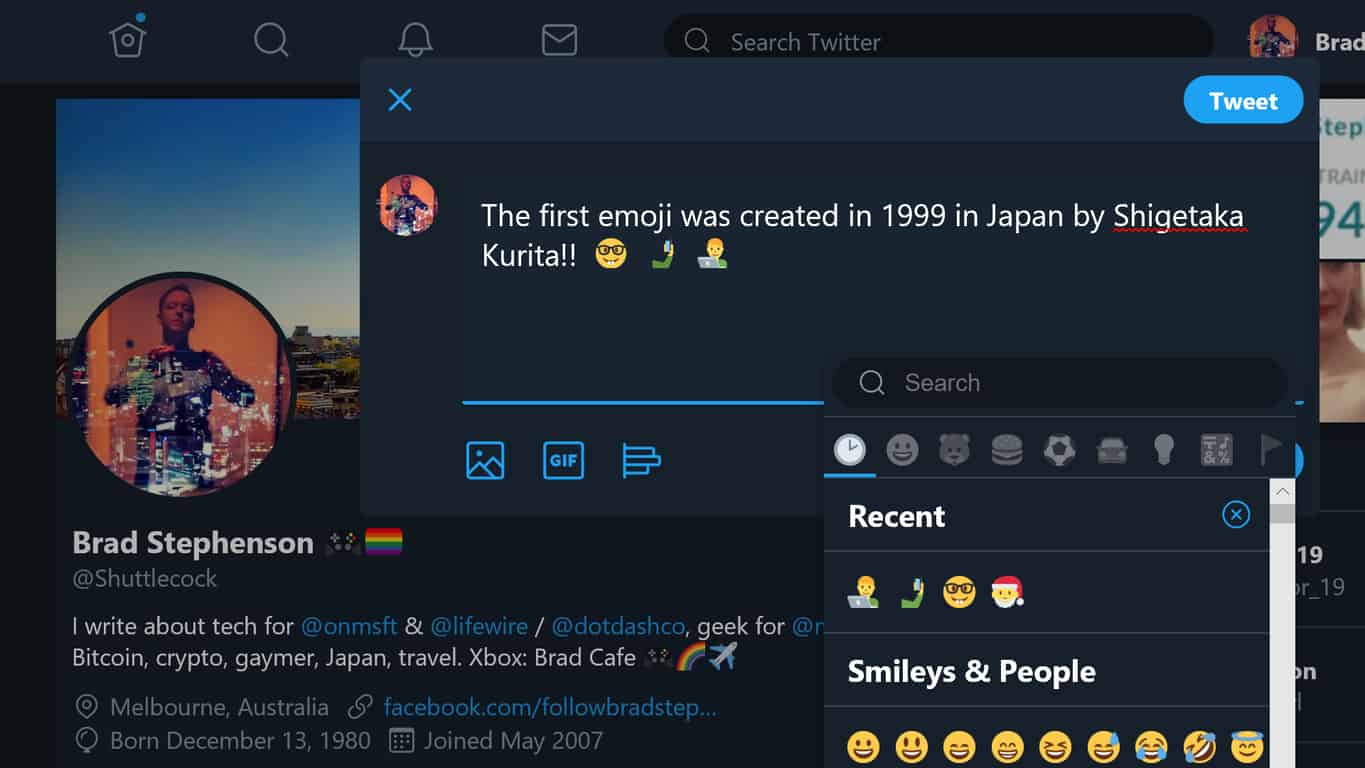 The official Twitter app for Windows 10 devices updated last week with a host of improvements but two other changes appear to have been made to it since then.

Over the last few days, the Twitter app gained a new emoji picker within the compose box (see above image). When clicked on, this emoji picker opens and users can now scroll through and select an emoji to use.

In addition to the emoji picker, the Windows 10 Twitter app now displays whether a user has already been added to a list by displaying a blue checkmark next to list names during the "Add to list" process. Previously, there was no way to tell if a user had already been added to a list without manually scrolling through all list members one-by-one-beforehand. Other Twitter apps have had this basic feature for a while now so it's good to see it finally come to Windows 10 users.

Have you noticed any other changes with the Windows 10 Twitter app recently? Let us know in the comments below and then follow us on Twitter for more Windows 10 news.

343 Industries' Bonnie Ross to become a Hall of Famer