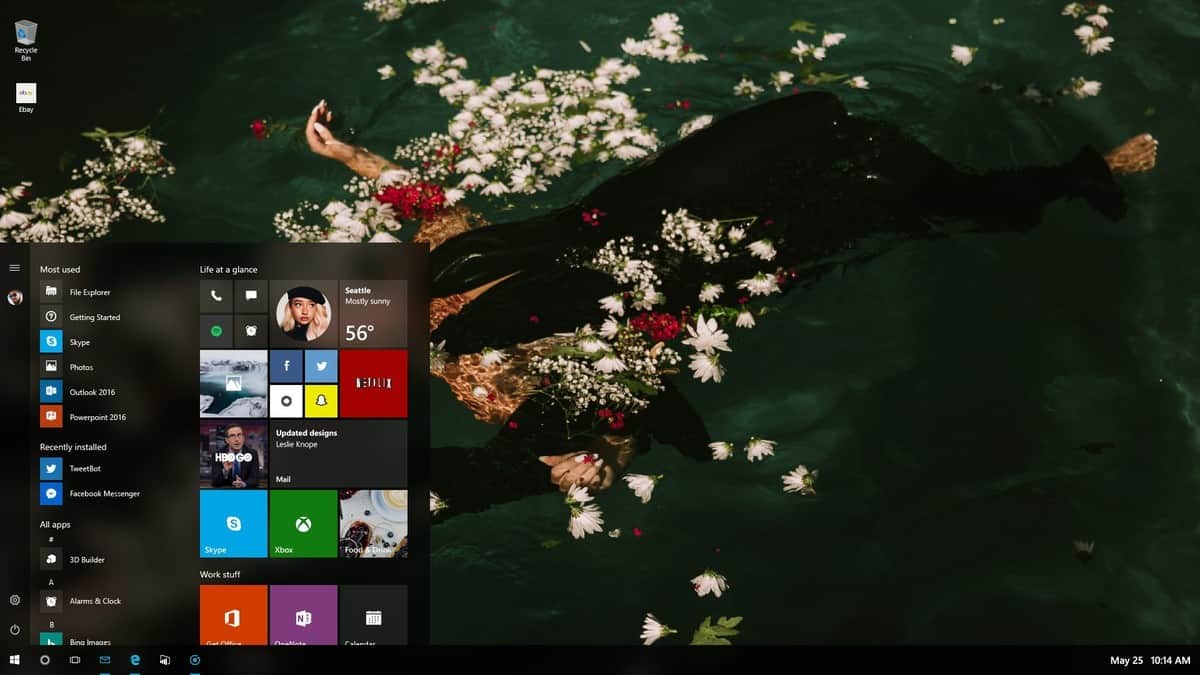 As I previously mentioned, Microsoft’s Creators Update was introduced last Fall with a handful of features that have now been left out of next week’s shipping product. Many Microsoft observers are chalking the omissions up to the Windows team repackaging the features for a later release dubbed Redstone 3 and while we don’t have too many particulars for the future release, we are beginning to see glimmers of what might be included.

Earlier today, Windows Central tipster Tom “Kim” Hounsell captured images of what looks to be improvements to the Start Menu that may be coming in a Redstone 3 release. The updated Start Menu accompanying Project Neon brings Windows 10 Mobile influences, offering blur and transparent lives tiles to the mix. In addition to the Start Menu changes, we also see changes to the taskbar which include color uniformed icons against a dark theme background, again, akin to Windows 10 Mobile in many respects.

During an exclusive given to Windows Central back in 2016, we found out that the Windows team was working on a refresh to their Windows 10 UI dubbed Project Neon. The Project Neon update would bring new animations, translucency and a reimagining of iconography and asset placement in apps and the core design language. Since the exclusive, we’ve seen Windows 10 Groove Music app begin to incorporate aspects of Project Neon which include adjustments to menu items, translucent effects, and the addition of functionality such as in-line music videos.

Last Fall, Microsoft dubbed its update at the time, The Creators Update which had the Windows team focus on creative additions to the platform. Perhaps, this fall we’ll be getting a new update title that encompasses the reimaging of Windows 10’s design language and could spark further interest and upgrades to the operating system from more casual users.