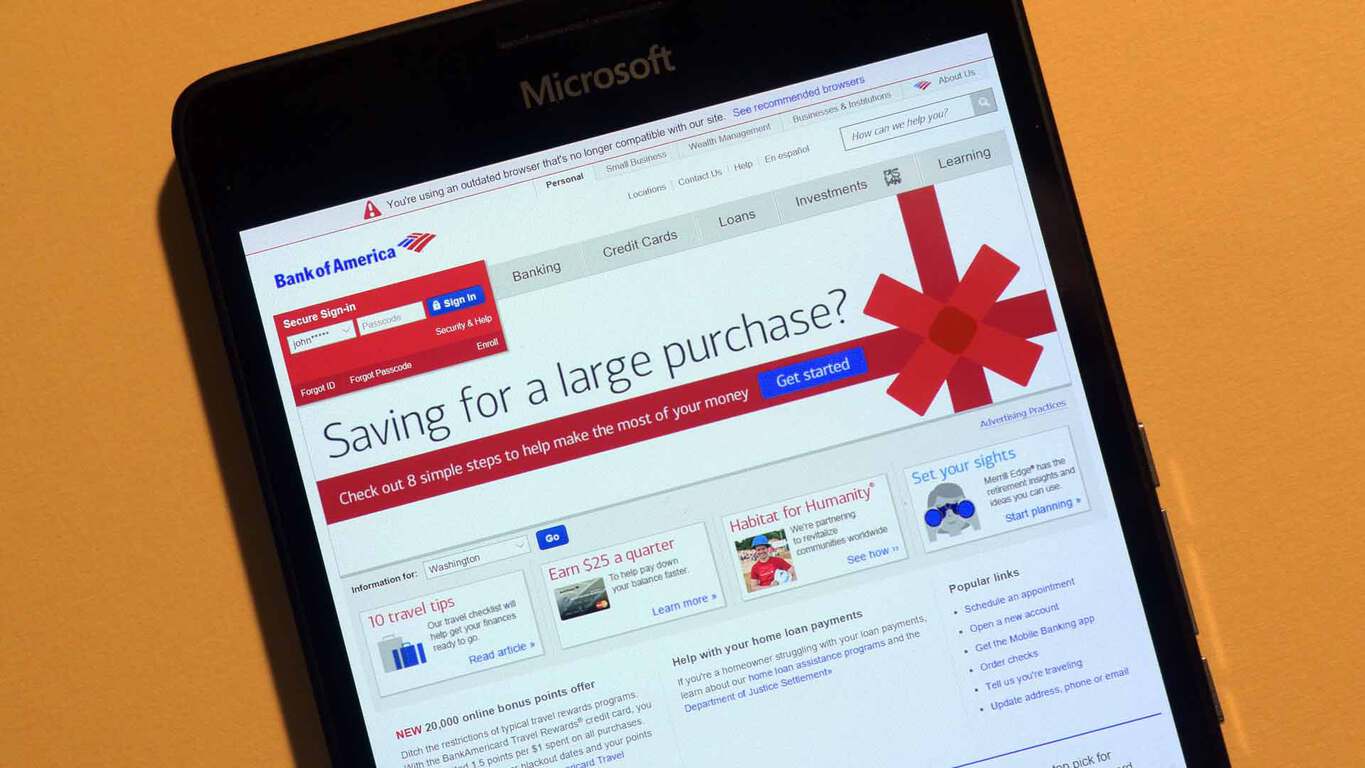 A tipster over at MSPoweruser has discovered some screenshots from the upcoming revamped Bank of America app for Windows phones which is expected to launch over the next few days.

This new app appears to support the usual banking features such as deposits, transfers, and Billpay and there also appears to be a feature that can deposit a check by taking a photo of its front and back with the phone’s camera. Users can also open a new account from within the app and check scheduled payments. 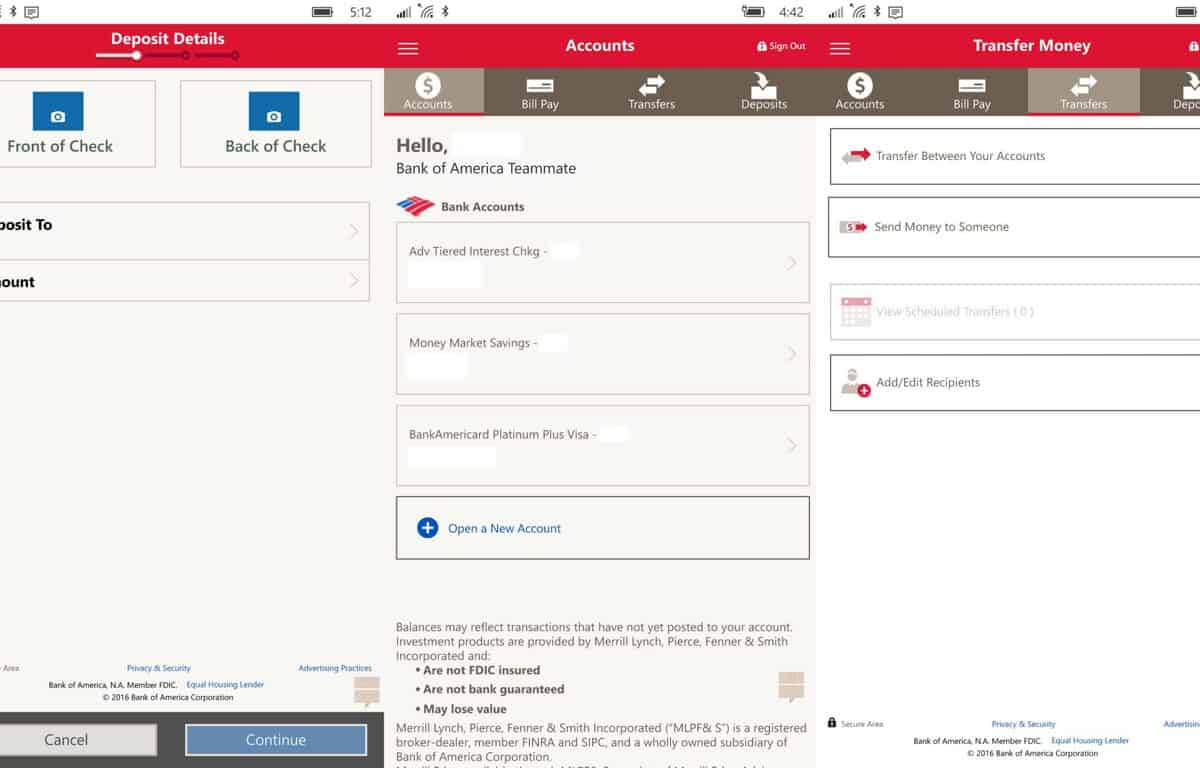 Bank of America actually stopped support for Windows phones just over a year ago but since then has been working on a completely new version of its app in the new Universal Windows Platform app format.

Are you a Bank of America user and have you been waiting for a proper app on your Windows phone? Let us know in the comments below.