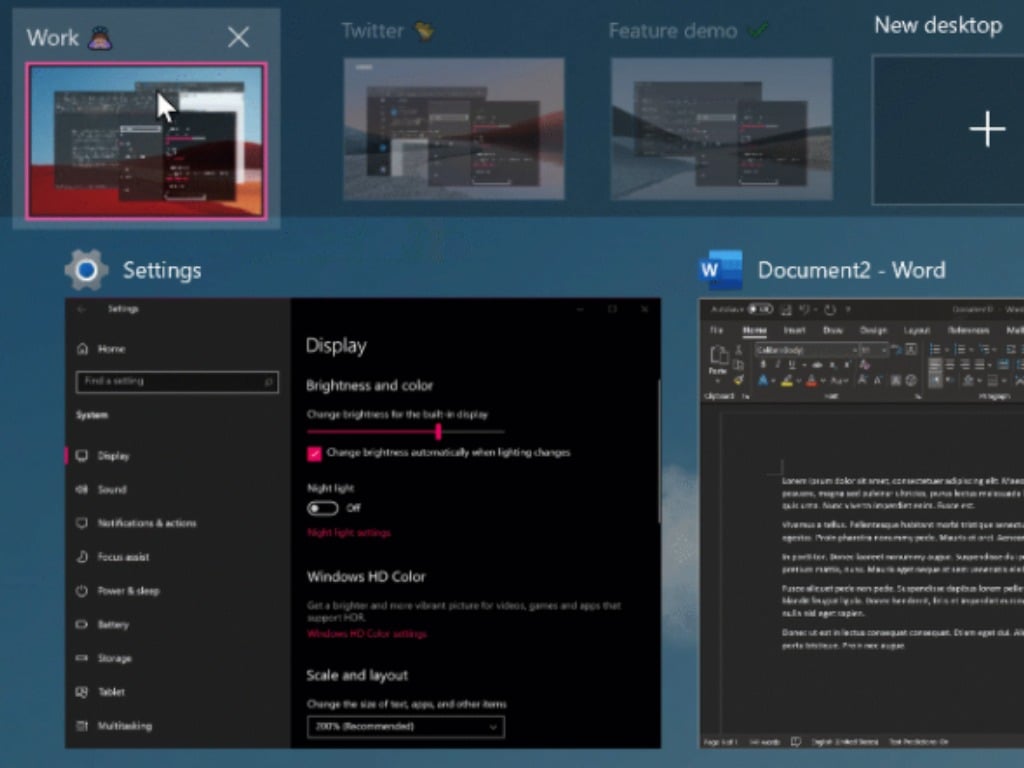 Microsoft has just released the Windows Insider build 21337 for Dev Channel Insiders and it’s a pretty big one. There’s a new Auto HDR feature for PC games, several improvements to Windows Virtual Desktops, and even a new layout for File Explorer.

Let’s start with Auto HDR for PC, which will bring enable HDR visuals on over 1,000 DirectX 11 and DirectX 12 games. Auto HDR was introduced on Microsoft’s new Xbox Series X and Series S consoles, and it’s a feature that uses an algorithm to apply an HDR treatment to SDR images. The results can be quite impressive, and it’s nice to see this technology makes its way to Windows 10.

"While some game studios develop for HDR gaming PCs by mastering their game natively for HDR, Auto HDR for PC will take DirectX 11 or DirectX 12 SDR-only games and intelligently expand the color/brightness range up to HDR. It’s a seamless platform feature that will give you an amazing new gaming experience that takes full advantage of your HDR monitor’s capabilities," the DirectX team explained in a separate post.

if your PC monitor is already configured to use HDR, Auto HDR will be enabled by default, but you can turn it off in the Windows HD Color Settings page. It’s also possible to enable a split-screen mode showing both the SDR and HDR images side by side using an admin command prompt, and we invite you to check the DirectX developer blog post for more details.

If you use Virtual Desktops for multitasking on your PC, the build 21337 will allow you to reorder and customize the backgrounds for each of them. In Task View (Win + Tab), you can reorder Virtual Desktop by using drag and drop with your mouse, doing a right-click on a Virtual Desktop thumbnail, or using ALT + Shift + Left / Right Arrow on your keyboard to move them around.

The Windows 10 File Explorer is also getting a new layout in this build with additional padding between elements. "The level of padding is designed for better consistency with modern (XAML) experiences. This should also make it easier to work with File Explorer when using a touch screen,” the Windows Insider team explained.

This is a minor change overall, but the classic layout can be restored by clicking on “Use Compact mode” in the View Options Menu. The team said that the UX for switching between the new and classic layouts isn’t final, so make sure to share your feedback about these changes in the Feedback Hub.

Other minor updates in the build 21337 include the rollout of the addition of Power Automate Desktop and Windows Terminal as inbox apps that will ship with the OS. The Notepad app will also be updated via the Microsoft Store going forward, and it has also been removed from the Windows Accessories folder to have its own place in the Start Menu. There’s even a new icon inspired by Microsoft’s Fluent Design language.

You can find below a list of other changes, fixes, and known issues in the build 21337 for Dev Channel Insiders:

Following several builds focusing on bug fixes and UI changes for news and interests in the taskbar, it's nice to get a new flight with several new features to play with. Auto HDR coming to PC games is probably the biggest news today, and it's definitely interesting to see some synergies between the Xbox and PC universes. HDR monitors are still pretty rare in the PC world, but a feature like Auto HDR could really help to change that in the coming years.