With Microsoft aiming for an early 2017 release, the follow-up to the Windows 10 Anniversary Update, aka Redstone could be just around the corner, meaning it’s time for the Windows team to not only be thinking about new features for the OS but also considering a window of time for spit and polish.

Fortunately, in today’s Windows 10 Insider preview build 14942 for PC, the Windows team is doing both, adding some new features as well as polishing some outstanding experiences in the operating systems.

Here is what’s new in build 14942 for Windows Insiders on PCs:

Hide app list on Start: We are releasing a new feature that enables you to collapse the app list in the Start menu. This has been a top feedback request from Windows Insiders. You can try it out by going to Settings > Personalization > Start and turning on “Hide app list in Start menu”. 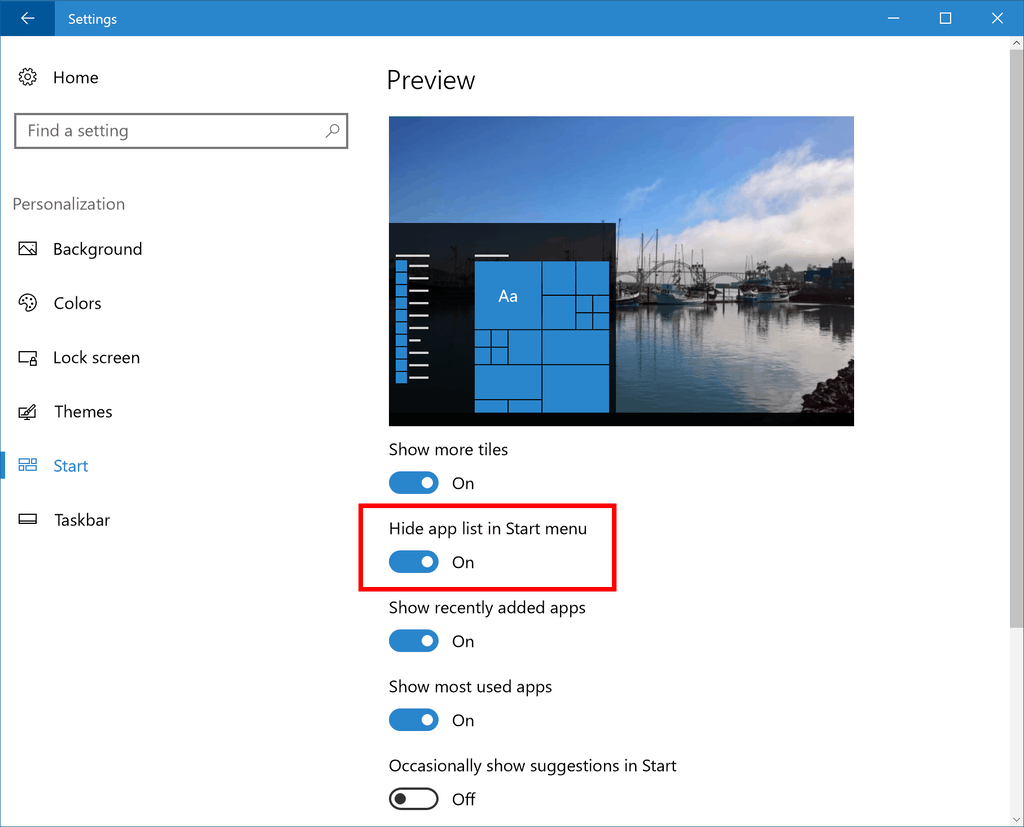 Photos now has a horizontal navigation bar that makes it easier to view memories by Albums and Folders.

Let your photo collection shine! We’ve got a new, light viewing mode for your pics. You can always go back to the dark theme in settings.

When viewing photos in full screen, we’ve added new animations in and out of the Collection view, making it easier to keep track of where you are browsing.

Refining your precision touchpad experience: Based on the feedback we have received, we have made some adjustments to our gesture and click detection on precision touchpads. This includes enhancing detection and disambiguation of left and right clicks, making two finger taps and clicks a bit easier, reducing false positives in our two-finger tap detection and improving our pinch to zoom detection. We have also made algorithm changes in an effort to reduce inadvertent zooming when panning. If you have a precision touchpad on your device, please take the opportunity try out with this build and let us know how it feels with these changes.

Improving the PC upgrade experience: Starting with build 14926, we announced that if you uninstall one of the preinstalled apps on Windows, that state will now be preserved after upgrade. With today’s build, we’re happy to let you know that we’ve taken that work a step further: after upgrading from 14942, if an IT-Pro has de-provisioned an app from your OS image (and you haven’t reinstalled it yourself), that provisioning status will now be preserved after upgrade, and the app will not reinstall. We appreciate everyone who shared feedback with us about this – if you have any other feedback about your upgrade experience, please don’t hesitate to log it – we’re listening!

Service hosts are split into separate processes on PCs with 3.5 GB+ of RAM: If your PC has 3.5+ GB of memory, you may notice an increased number of processes in Task Manager. While this change may look concerning at first glance, many will be excited to find out the motivation behind this change. As the number of preinstalled services grew, they began to get grouped into processes known as service hosts (svchost.exe’s) with Windows 2000. Note that the recommended RAM for PC’s for this release was 256 MB, while the minimum RAM was 64MB. Because of the dramatic increase in available memory over the years, the memory-saving advantage of service hosts has diminished. Accordingly, ungrouping services on memory-rich (3.5+ GB of RAM) PCs running Windows now offers us the opportunity to do the following:

Increase transparency: Task Manager will now give you a better view into what is going on behind the scenes. You can now see how much CPU, Memory, Disk & Network individual services are consuming.

To see the name of the service, click on the left-most arrow such that the Display name drops down. Alternatively, right-click on the header and select ‘Command Line’ to add the Command Line column. Service names will be listed in the format ‘svchost.exe -k -s .’

Reduce servicing costs: Following reports of instability, service engineers, IT admins, and Microsoft engineers can rapidly pinpoint issues to the exact service and fix it.

Note that critical system services (services whose recovery require system restarts), as well as a couple of select service hosts, will remain grouped.

Expanding the Active Hours default range: We’ve heard the feedback that you like the control Active Hours provides over when your PC restarts for updates, however feel that that the default 12 hour range on PC is too limited. We want to accommodate various enterprise environments and schedules including those where employees have double shifts, so starting with Build 14942, we’ve changed this range for PCs on Pro, Enterprise, or Education editions to 18 hours. This means Insiders using these editions can now set active hours up to 18 hours from the selected start time (same as Mobile). We’ve added text to the active hours dialog so users always know what the default range is when choosing their times. We’ve also added the ability for the default range to be configured via new group and MDM policies (configurable up to 18 hours). New text will be displayed on the active hours dialog to indicate when the default range is configured via the policy. PCs using Home edition will continue to have a default range of 12 hours. 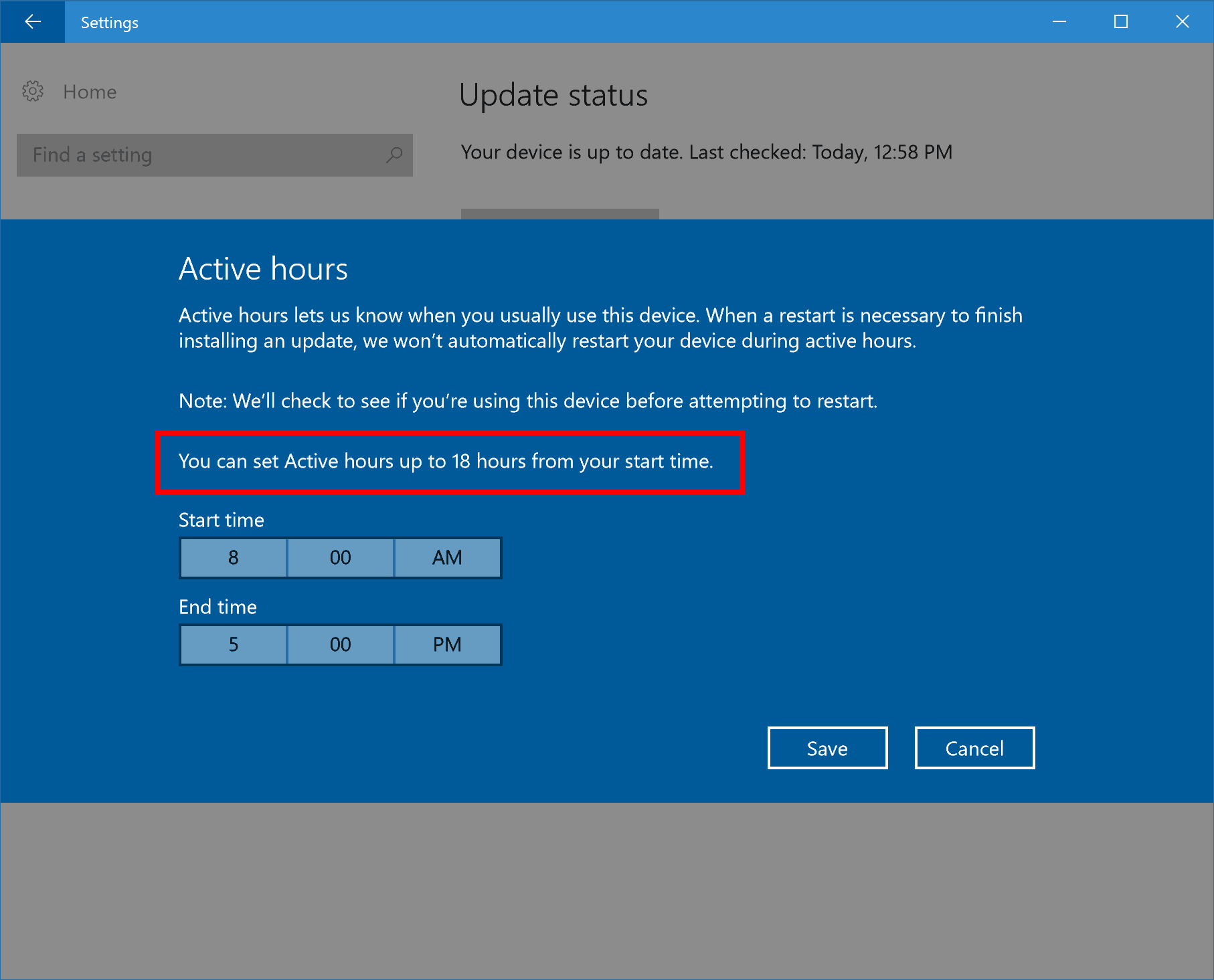 In Scan Mode, you can now use the following commands to jump to form fields:

B and Shift + B: Jump to next/previous button

Form Fields have been added to Narrator’s Search and Select feature which is available at any time by pressing Ctrl + Shift + Enter. Search and Select allows you to list items such as buttons, links, headings and other elements available in an app, webpage or document.

A new view is now available for form fields. The active view can be changed by pressing Caps Lock and using the up and down arrows to navigate the list of views on the keyboard, or single finger up/down flicks with touch.

Seems the Windows team has hit an amiable accordance between feature addition and bug fixing/polishing the overall Windows 10 experience in this new preview build.

Fast Ring Insiders, take the new build for a spin and let us know your thoughts, do you agee the Windows team is hitting its development stride, or are their experiences in previous Windows 10 previews you are still waiting to see addressed?