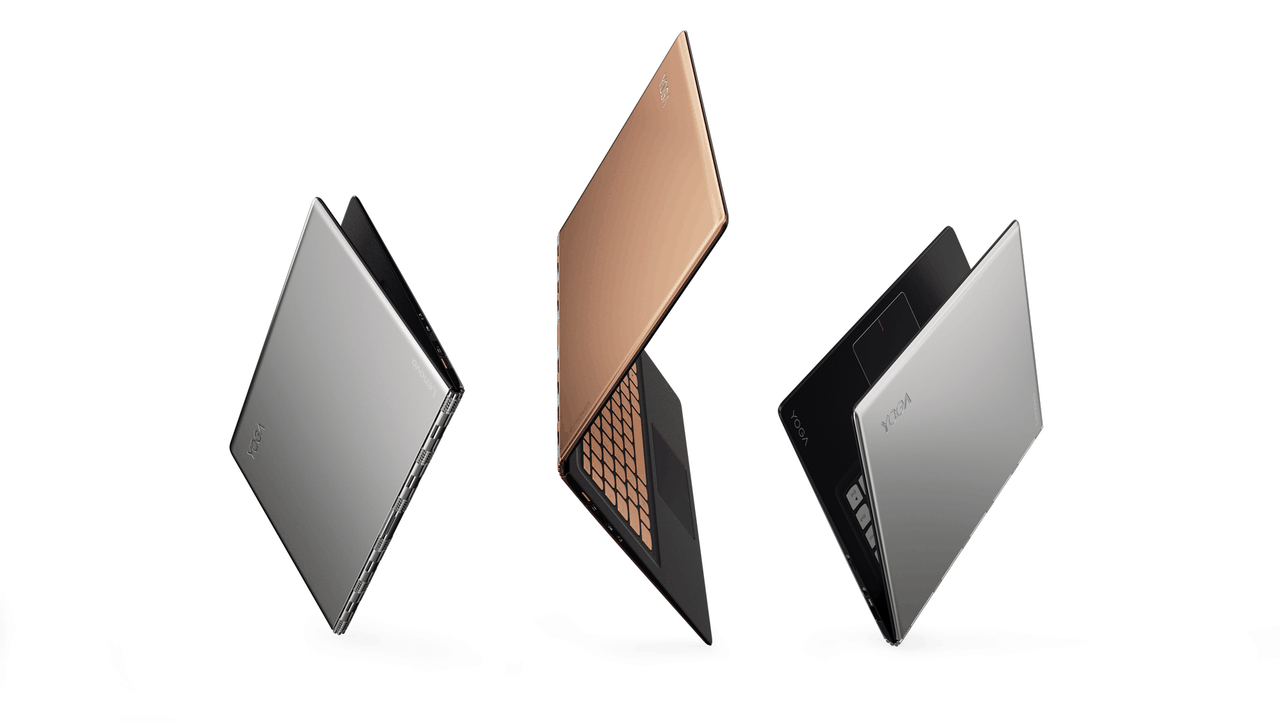 Microsoft may love Linux, but apparently not on some machines running Windows 10. In a thread started yesterday on Reddit, user DaemonFC posted links to another thread started on the Lenovo forums back in May of this year, complaining that his Yoga 900, purchased from Best Buy, that has been blocked from installing Linux: 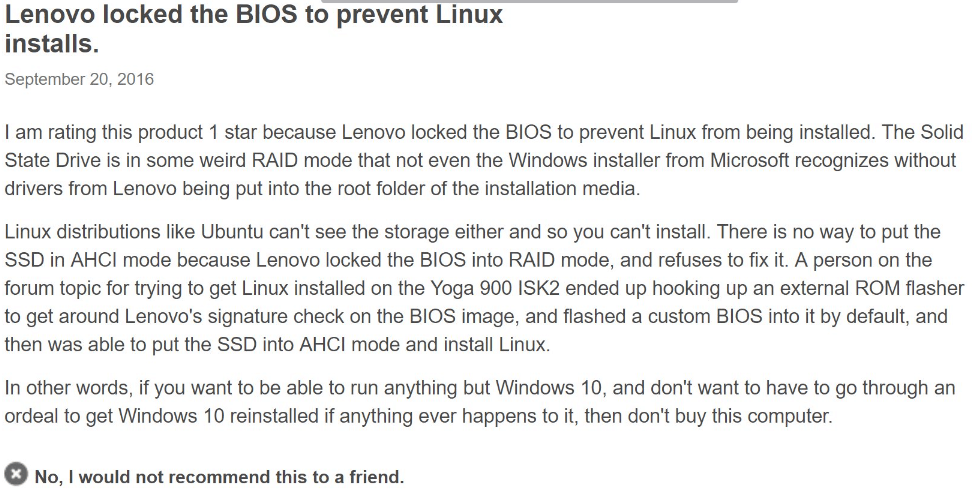 Apparently, Lenovo and Microsoft have an agreement that locks the devices to Windows 10 Home, according to a reply to a (1 star) review on the Best Buy website, cited on the Reddit thread. The machine was not advertised by Best Buy as being a Signature Edition (these special editions are usually sold at Microsoft Stores, loaded with Microsoft services but generally free of other “crapware”), but apparently it was. Here’s what the Lenovo Product Expert said:

This system has a Signature Edition of Windows 10 Home installed. It is locked per our agreement with Microsoft.

The whole discussion has become quite contentious, with Lenovo taking down the entire thread on a request for a BIOS update down, but then returning it, locked to prevent future comments and edited to delete some comments and edit others, as posters were failing to follow “community guidelines.” The Reddit thread has Wayback Machine copies of the Lenovo thread linked in case the original thread disappears again.

This locked BIOS is not confined to just the Yoga 900S, either, and there’s another Lenovo thread on the same problems with the 710S.

We’re reaching out to Microsoft for any comment on the issue, and we’ll keep you updated.