The Evernote Touch app, which launched on Windows 8 and has continued to function through to Windows 10, will be discontinued on August 2nd when Microsoft rolls out the Windows 10 Anniversary Update.

Once a device has installed the Windows 10 Anniversary Update, their Evernote Touch app (if installed) will automatically update and be replaced with the Evernote for Windows desktop app. This is possible due to the Windows Store adding support for traditional desktop apps with the update.

On August 2nd, the Evernote Touch app will no longer be available to download in the Windows Store app store however those users running a pre-Anniversary version of Windows 10 will still be able to use it if they have already downloaded it.

“We are focusing on our commitment to invest in new features and functionality in our core apps,” reads the official statement from Evernote. “Evernote Touch was designed as a companion app to Evernote for Windows, and is not meant to be a full-featured version of Evernote. Evernote for Windows offers an extensive set of capabilities in addition to what Evernote Touch offers, including mouse and keyboard support.”

With many companies switching to the newer Universal Windows Platform app format (UWP), refocusing efforts on a Win32 desktop app will seem like a bit of a step backwards for many users, especially those that enjoy the more touch-focused design of Evernote Touch. There may even be some users who delay their Windows 10 update so that they can hold on to their Evernote Touch app as it is right now.

This message from Evernote Support may worry these users. “Customers who currently use Evernote Touch on an operating system other than the Windows 10 Anniversary Update can continue to do so, even after August 2,” it reads. “While we are not planning to turn this app off, existing features or functionality may stop working the next time your operating system is updated. Once your app is updated, there is no way to revert to Evernote Touch and it will not be available for download.”

Are you surprised by this move? Should Evernote focus on a new UWP app instead of a desktop app? Share your thoughts in the comments below. 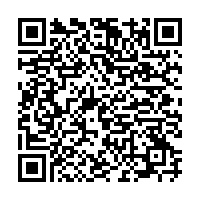