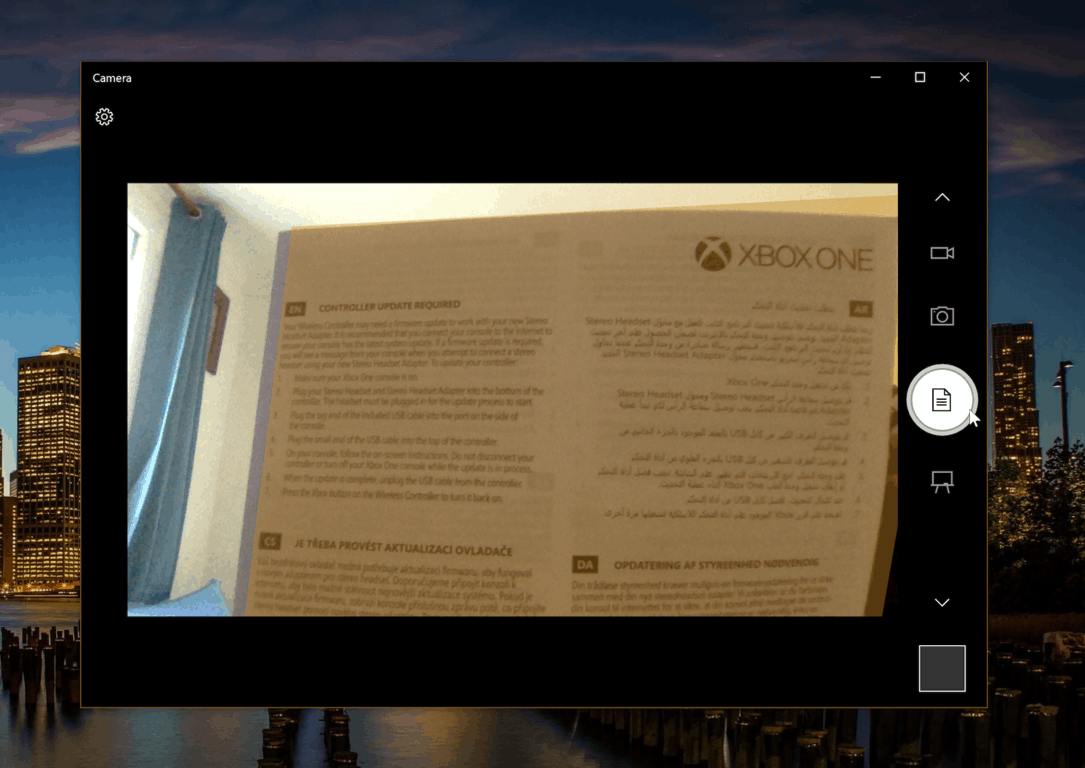 The Windows Camera app is getting support for Office Lens integration, as Italian blog Aggiornamenti Lumia reports that the update is rolling out to Windows Insiders. For those who might not be familiar, Office Lens is a tool that allows user to scan images from printed documents for a multitude of reasons, such as for the conversion of the physical document to to be editable in Word or to save the information in OneNote.

This update brings two core features of Office Lens straight to the Camera app—Document and Whiteboard scanning. This means that users can users can not only scan documents straight from the Camera app, but also handwritings and drawings on whiteboards onto an easy to read image.

We're not exactly sure how this all works just yet, but it's available to a handful of Windows Insiders right now, and we were able to download the update on a PC in the Skip Ahead ring. After a little bit of testing from Insiders, the update will eventually make its way to all Windows 10 users, making for a much quicker and more effective way to scan a document on the go.

Microsoft also recently added Office Lens support to the OneDrive application for iOS, bringing support for scanning documents and business cards for saving within the cloud storage service. With Office Lens integration being added each of Microsoft's other apps, there seems to be less incentive for users to download the dedicated Office Lens app.