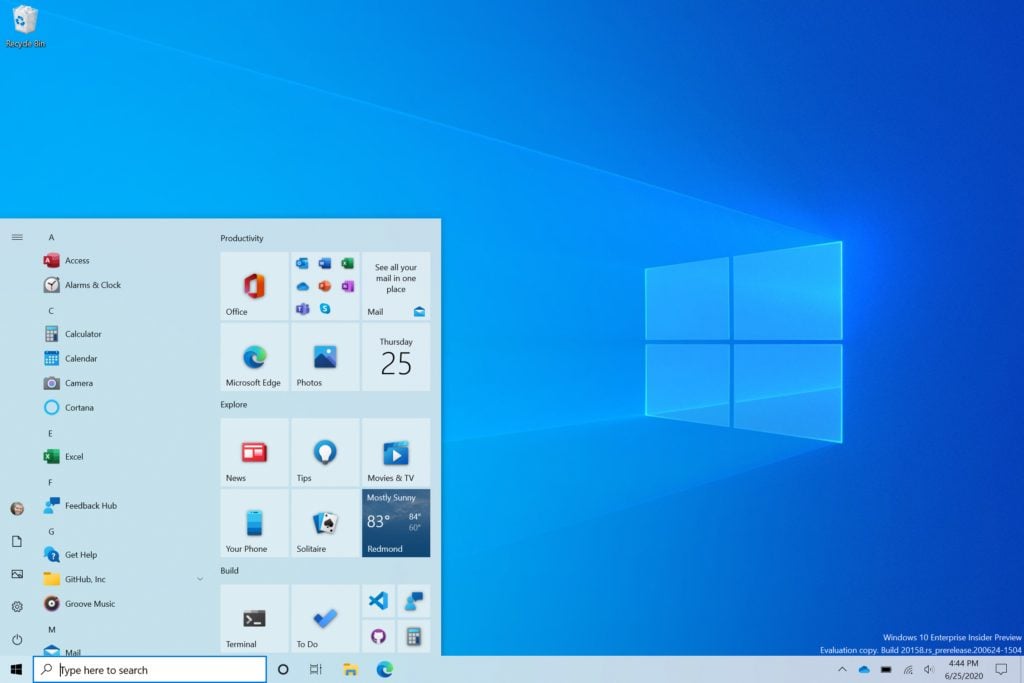 It was quite a long wait, but Microsoft has finally released a new Windows 10 Insider build with some new features and noticeable changes today. Even the Windows Insider website is getting a new look, though it’s currently only available in en-us English for now.

So, the Windows 10 Insider build 20161 is now available to download in the Dev channel, and it includes several important changes. However, the Windows Insider team said that only a subset of Insiders will see the new features for now so the team can "quickly identify issues that may impact performance and reliability.”

Anyway, the first big change in this build is that the Start Menu is getting Theme-aware tiles, which will replace the solid color backplates that didn’t always look good depending on your accent color. "This refined Start design looks great in both dark and light theme, but if you’re looking for a splash of color, first make sure to turn on Windows dark theme and then toggle “Show accent color on the following surfaces” for “Start, taskbar, and action center” under Settings > Personalization > Color to elegantly apply your accent color to the Start frame and tiles,” the team explained.

The second big change in this build is that the Alt + Tab experience will now include all tabs open in Edge. You can turn this off in Settings > System > Multitasking if you prefer the classic experience, or you can choose to only show your last three or five tabs when you hit Alt + Tab. This feature will also require a Canary or Dev build of Microsoft Edge (version 83.0.475.0 or higher), Microsoft said today.

Starting with this build, Microsoft is also introducing a Programmable taskbar during the out-of-box experience. The idea is to offer a more personalized Taskbar for new users with linked Android phones, or those with Xbox Live accounts on gaming PCs, so the taskbar will add useful shortcuts to Your Phone or the Xbox app when they boot up their new PC.

"Please note that this experience is limited to new account creation or first logon scenarios. We will not use Programmable Taskbar to alter the Taskbar layout on existing accounts,” the Windows Insider team clarified. You can see some examples of this Programmable Taskbar below.

The Settings app is also getting more information from the Legacy Control Panel in this build, though the Windows Insider team said that this is still a work in progress. Moreover, it will now be possible to copy your device specifications, and Microsoft has also streamlined information about Windows Security in the Settings app. 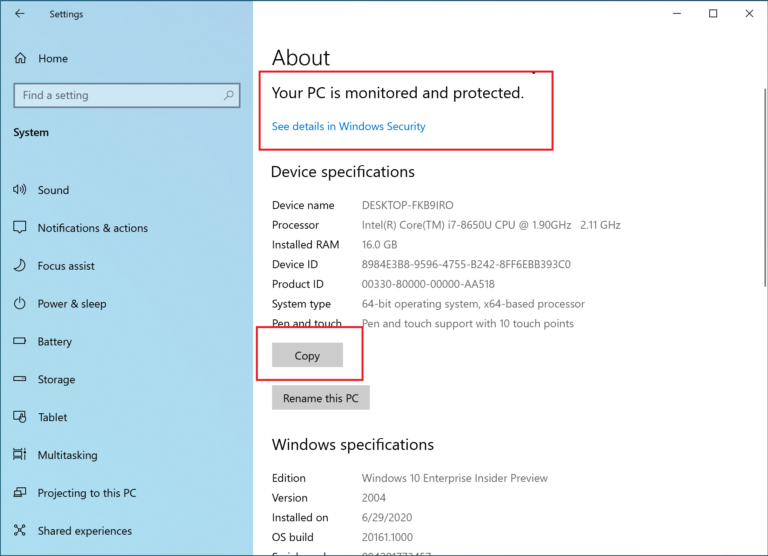 The last big change in this build is related to the tablet experience for 2-in-1 devices: The new tablet posture experience that debuted in the May 2020 Update will now be the default when you detach the keyboard on a 2-in-1 device, and users will no longer see the notification asking them if they want to switch into tablet mode. Again, Insiders will be able to change this setting in System > Tablet if they prefer the old experience.

There are two other important things to note about the tablet experience for 2-in-1 devices in this build: Microsoft has removed the tablet mode quick action on non-touch devices to prevent any confusion, and tablet users will also boot into the appropriate mode depending on the presence of the keyboard, or the last mode they were using.

That’s a lot of changes for a single build, but keep in mind that these are all experimental features that may not end up in a future Windows 10 Update. The build 20161 also comes with several fixes and known issues, and you can find the full list below:

It's nice to finally get new features to play with, even though we remind you that only a subset of Insiders who install this build will see them at first. If you're not an Insider, the Windows Insider team also announced today that the new Windows Calculator graphing mode feature that was released to Insiders in January is now rolling out to the public. We're getting some existing Insider news a little bit later in the day than usual this week, but we hope the team will soon be back with more new features later this month.