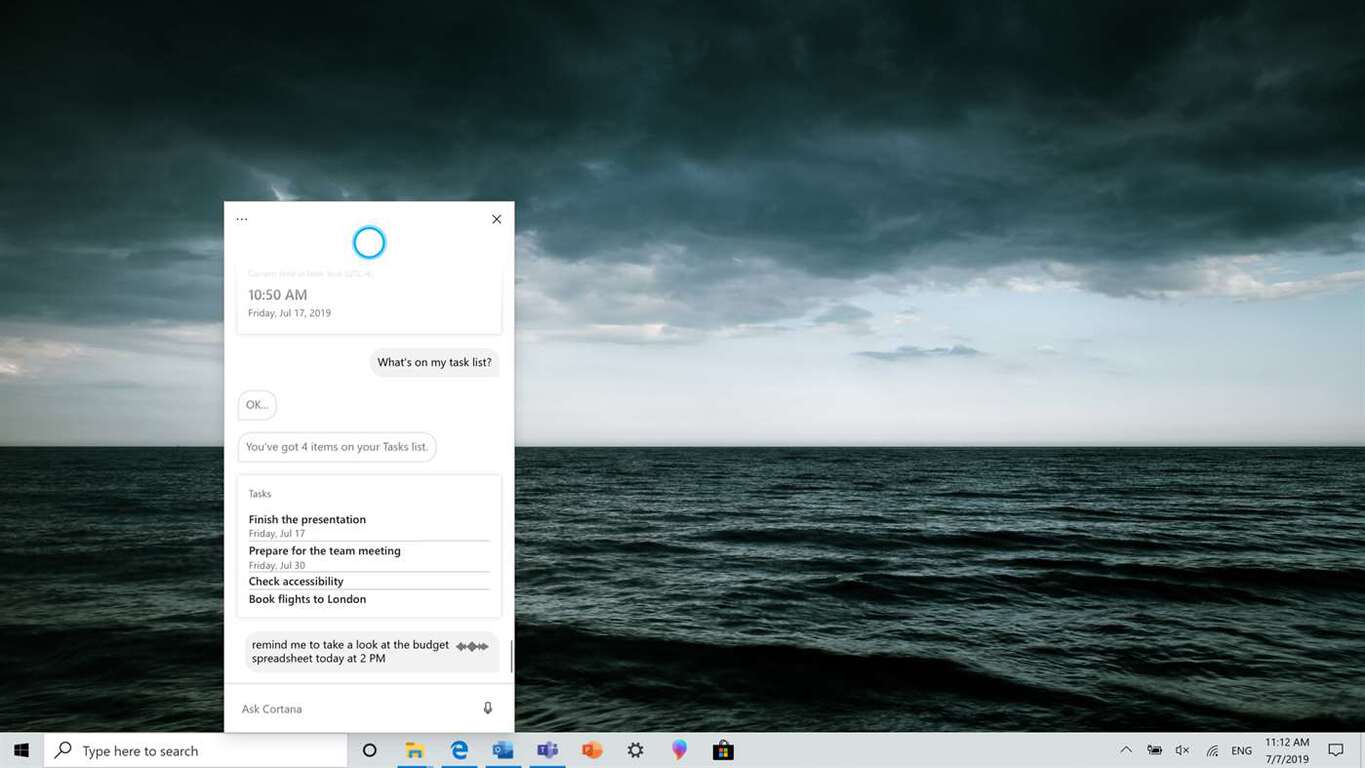 Microsoft has just announced the release of Windows 10 20H1 build 18975 for Fast Ring Insiders, which brings some improvements to the new Cortana beta app that’s currently only available for Insiders in the US. Starting this build, Microsoft will roll out the ability to drag the Cortana windows across the screen to 50% of Fast Ring Insiders. The Cortana app windows can also be resized like any other app, and this looks to be a positive change overall.

In addition to these Cortana updates. Microsoft also announced that the ability to rename virtual desktops should now be available for all Insiders in the Fast Ring. This is a minor update overall, but you can check out the full details about what’s new below:

Introducing the ability to move the Cortana window

With the new conversational Cortana experience, we understand that you wanna keep the chat going sometimes, and the default position of the window isn’t always where you’d prefer to have it docked if you’re going to have a longer back and forth. That’s why we’re starting to roll out the option to be able to move the window (by dragging the title bar area), to anywhere you’d like on the screen–just like you can with other windows. You can also resize the window if you’d like. Currently, this change is rolled out to 50% of Insiders with the new Cortana experience, and we’ll continue the rollout as we validate the quality of the experience.

See the latest improvements with WSL in the latest Insider Preview builds.

Announcing the first preview and code release of PowerToys

Yesterday we announced the first preview and code release of PowerToys for Windows 10. This first preview includes two utilities: the Windows key shortcut guide and a window manager called FancyZones. Check out this article for all the details!

The ability to rename your virtual desktops is now available for all Insiders in the Fast ring! Thanks again everyone who shared feedback requesting this.

As usual, this new build brings comes with new bug fixes and general improvements, and it's worth noting that Microsoft fixed an issue fixed an issue resulting in some Insiders receiving error 0xC0000142 when attempting to upgrade to recent builds. We invite you to check our separate post for the full list of quality improvements and known issues in this build.

Last but not least, the Windows Insider team revealed today that the 20H1 Bug Bash will kick off on September 25 and last through October 2. The team will share more details about how Insiders can participate later this month.