Why did Microsoft invest in Swedish startup Pickit? 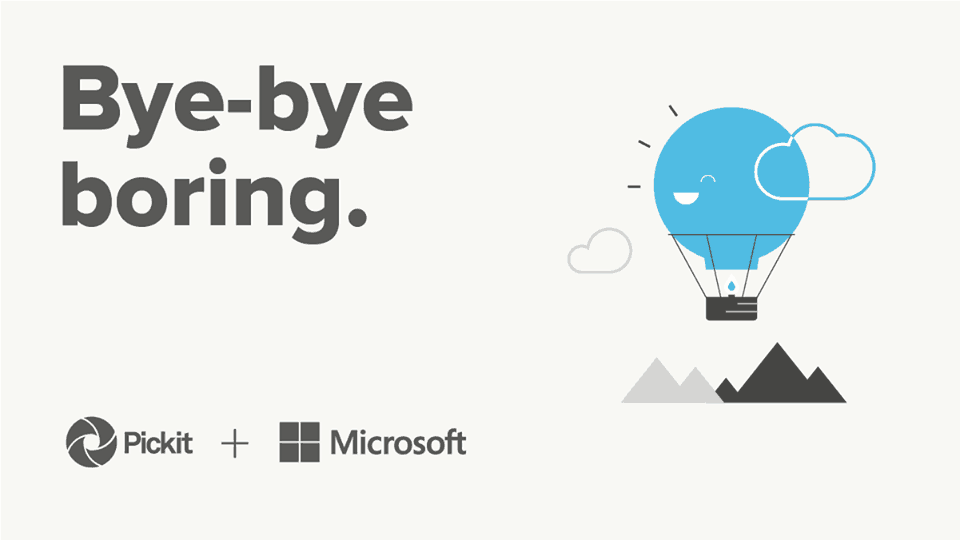 Pickit, a Swedish startup on a mission to “save the world from boring presentations” is now backed by Microsoft. The company announced earlier today that it has just completed its Series A Round, raising $4.6 million dollars from Microsoft Ventures to pursue its development and expand its business model.

Microsoft Invests in Swedish Startup Pickit to Save the World from Boring Presentations https://t.co/V1wbhArooH pic.twitter.com/E6dPgufB6N

If you’re not familiar with it, Pickit is an Office add-in that provides easy access to professionally curated photos, icons and illustrations within Word, Powerpoint and Sway. Pickit is pretty much a ClipArt replacement and the company already had pretty close ties with the Redmond giant, winning the Microsoft Office App Awards last year. Additionally, the image service is hosted on Microsoft Azure and the Sweden-based company also has an office in Redmond, Washington.

Nagraj Kashyap, Corporate Vice President at Microsoft Ventures said in a statement that Pickit’s product vision is perfectly aligned with Microsoft’s ambition to empower everyone to achieve more:

“Seamless management of photo content across different products is becoming increasingly important. Pickit’s offering and their strong team are already helping Microsoft Office users increase their productivity by streamlining what was a cumbersome and time-consuming process. We can’t wait to see what they do next.”

If you have yet to try Pickit, the Outlook add-in is free to use and the company even has an app for Windows 10 and Windows 10 Mobile. Let us know in the comments if you think it makes sense for Microsoft to invest in Pickit.